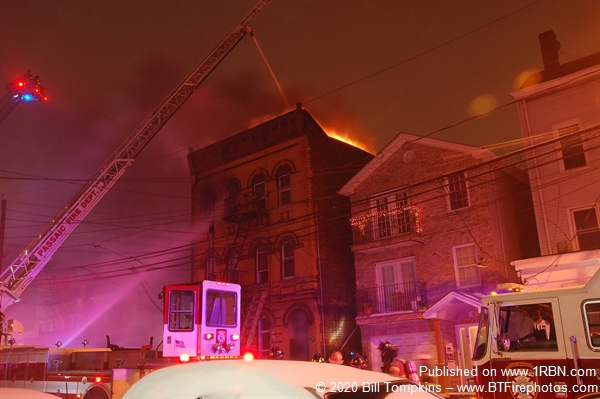 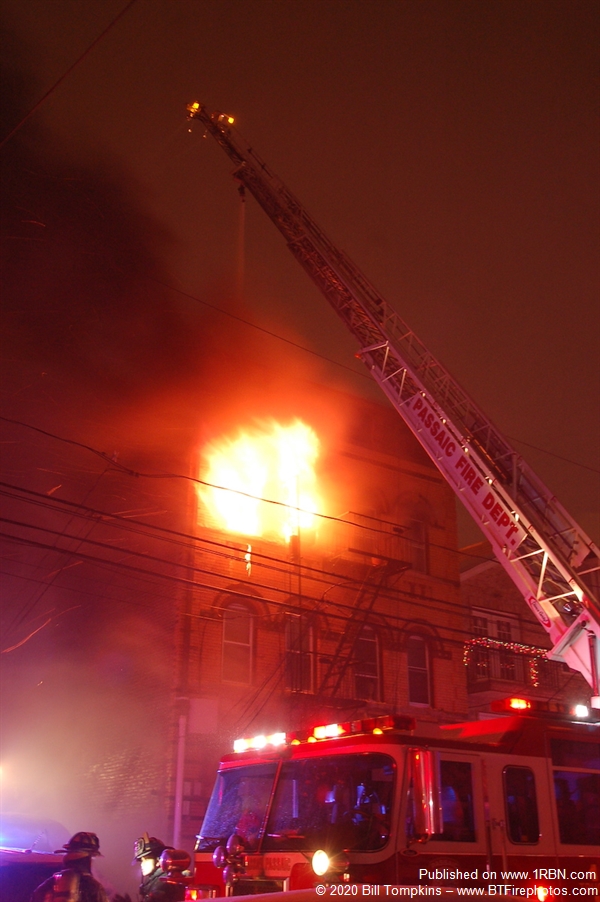 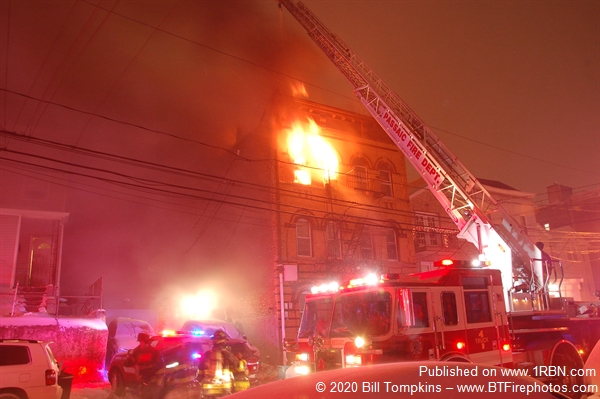 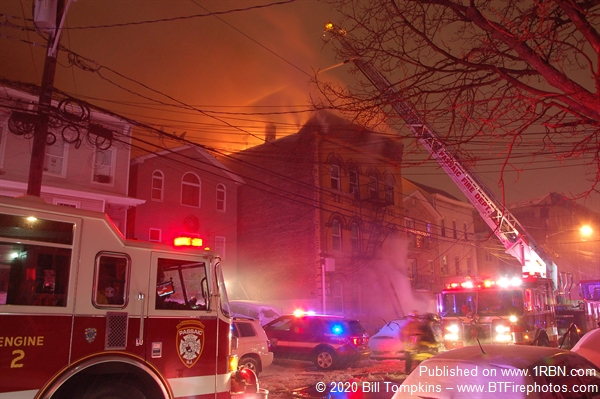 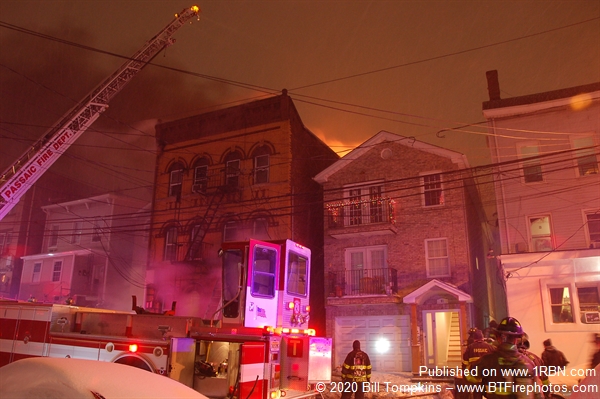 Shortly after 4:00 A.M., Passaic units were sent to 77 4th Street. Heavy fire was venting out of the rear of a three-story brick OMD with residents at the windows and on the fire escapes.

A second-alarm was transmitted on arrival. followed quickly by a third-alarm. Water supply became a problem as several frozen hydrants were encountered. All residents were safely evacuated, with two of them transported to Saint Mary’s Hospital with smoke inhalation.

Flames traveled up to the cockloft and the third floor. Members were making a push when a wall collapsed, temporarily trapping a firefighter and prompting a MAYDAY transmission. The firefighter was removed and transported to Saint Joseph’s Regional Medical Center with cuts and bruises.

Flames traveled through the third floor and cockloft to the front of the structure, eventually venting out of several windows on the 'A' side. Elevated master streams were put into operation to finally knock down the flames. A fourth-alarm was sounded for additional resources. Exposure lines were working to keep damage to the 'B' and 'D' buildings to smoke and water damage.

The fire was placed under control at about 6:30 A.M. Over 25 residents were reported to have been displaced.