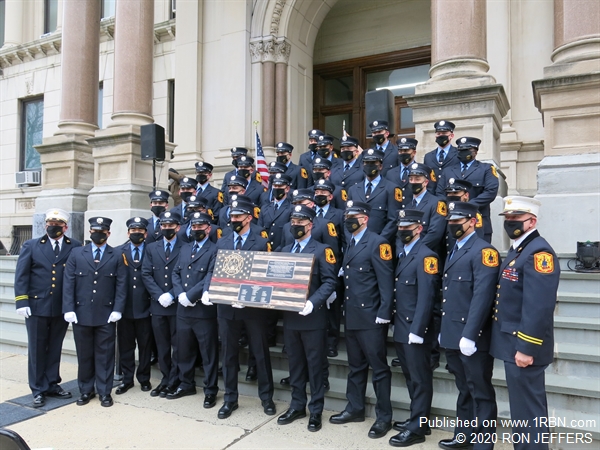 Photo by RON JEFFERSJersey City's new firefighters and their training battalion chiefs, after they were sworn in at City Hall on December 8, 2020. 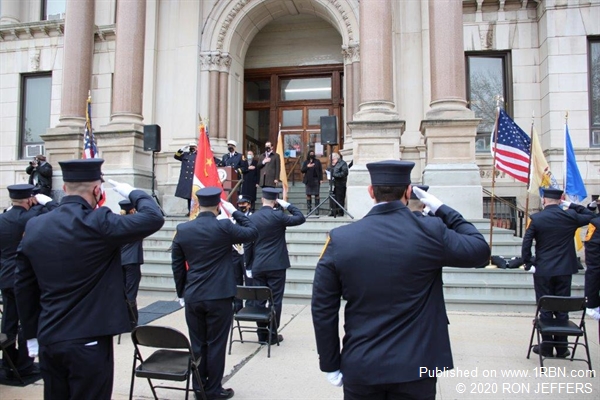 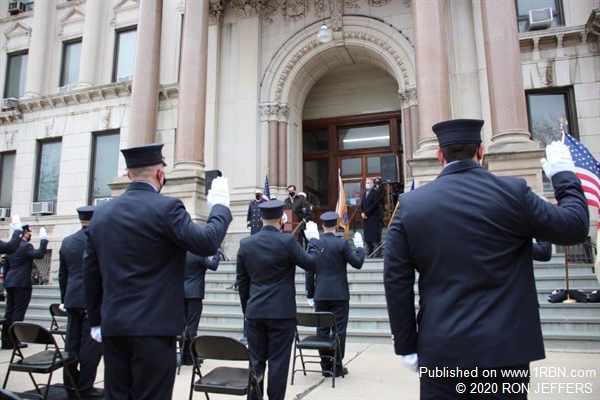 Photo by RON JEFFERSThe new firefighters are sworn in by Mayor Steven Fulop. 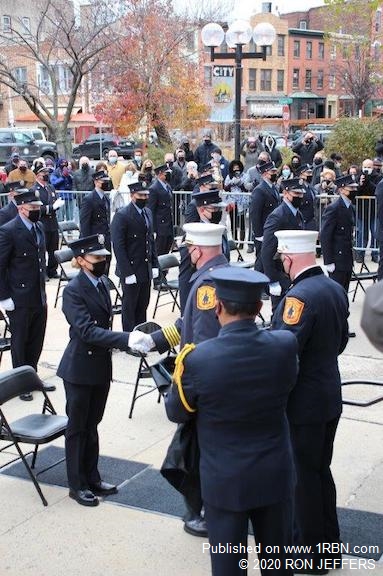 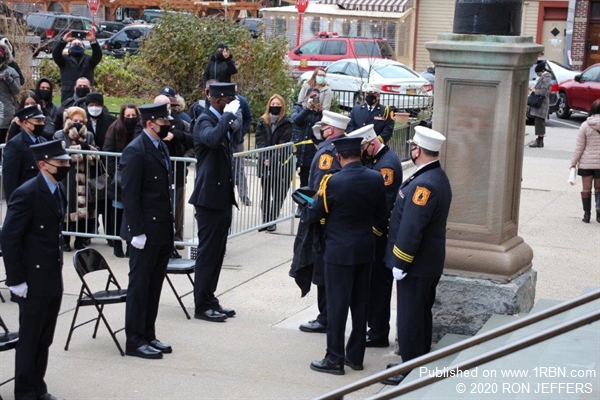 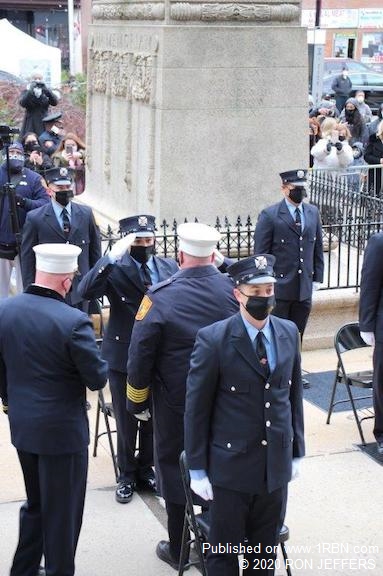 Jersey City, NJ - It was a dark, overcast morning, with the temperature at 30-degrees; but, it was a bright day for 33 new probationary firefighters and their loved ones.

After completing months of firefighting and emergency medical technician training, the new group was ready to be assigned to fire companies throughout the city.

Due to COVID-19, the swearing in of the new members was held on the steps of City Hall at 10:00 A.M., with social distancing.

Mayor Steven Fulop swore in the new firefighters during the brief ceremony. He said, “This is a special day for the 33 graduates that are joining the best Fire Department in the state of New Jersey.” He added that they will make many sacrifices, including missing holidays, birthday celebrations, and more, for the 300,000 residents of Jersey City, “to make sure they are safe.”

With the new members, the F.D.J.C. has 657 uniformed members.

After they were sworn in, Chief of Department Steve McGill presented each member with their badge and offered them a salute and congratulations.