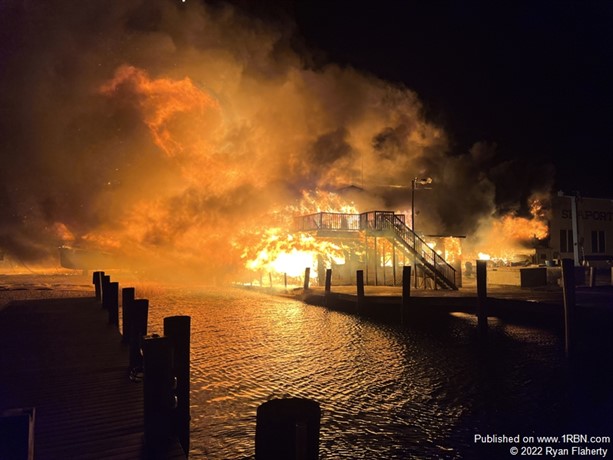 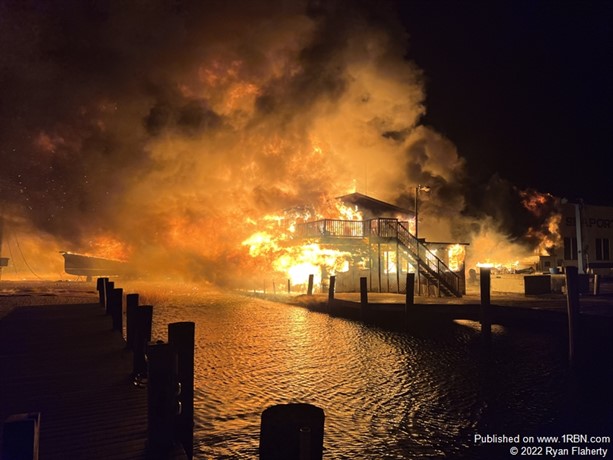 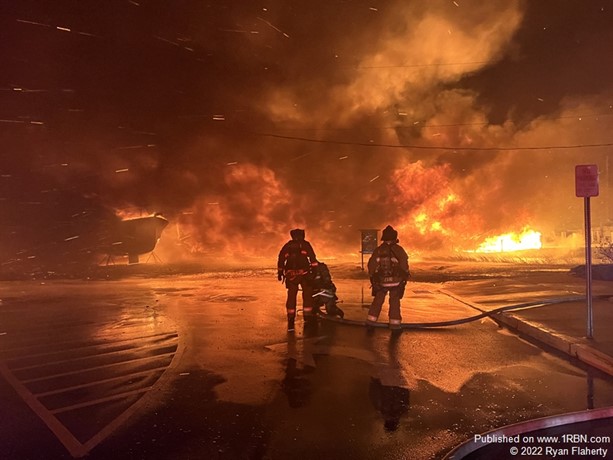 Photo by Ryan FlahertyFirefighters setting up a blitz fire. 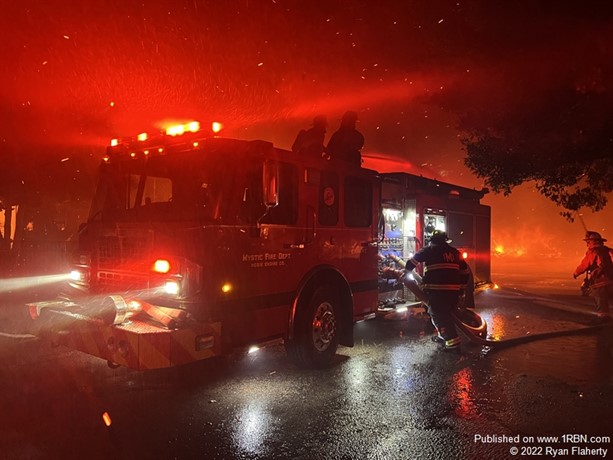 Photo by Ryan FlahertyFirst due Mystic Engine 51, a 2019 Spartan/Marion which has a 500 gallon tank and 1,500 gallon per minute pump. 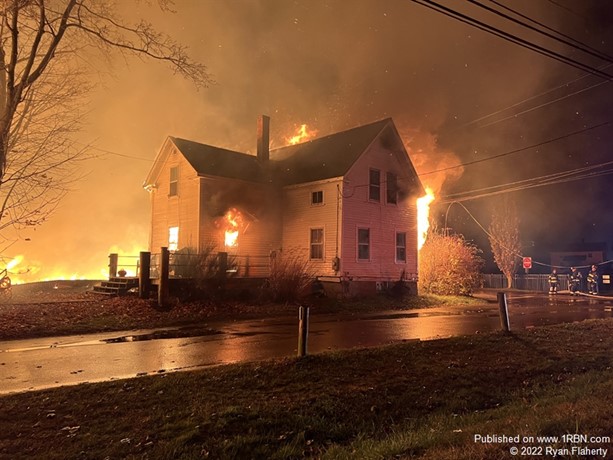 Photo by Ryan FlahertyPeople escaped this home just before it caught fire. 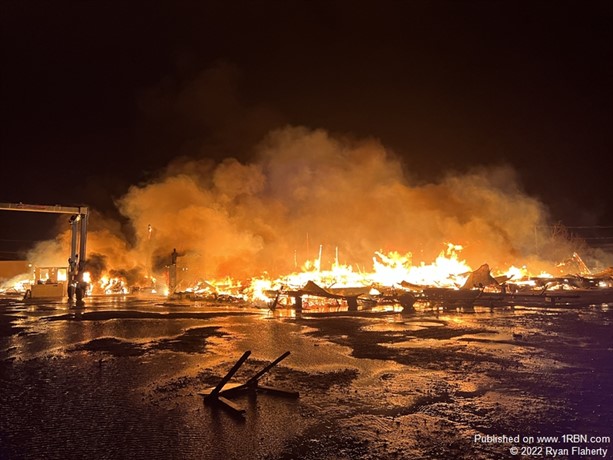 Photo by Ryan FlahertyMost of the buildings completely collapsed by the end of the night. 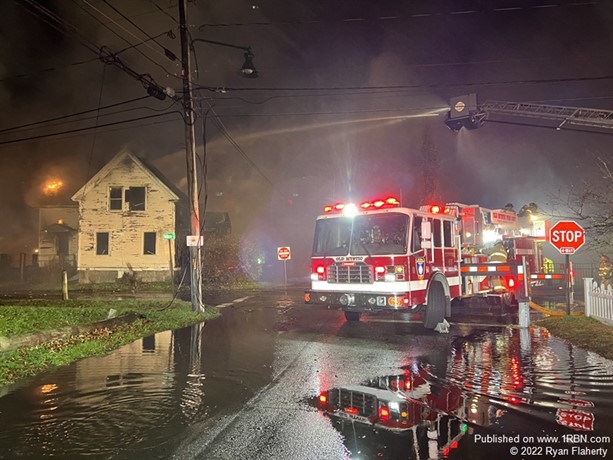 Photo by Ryan FlahertyOld Mystic Tower 65 with Groton Truck 15's platform above them.

MYSTIC HARBOR, CT - At 8:57 P.M. on Sunday, November 27th, the Mystic Fire Department was dispatched to 2 Washington Street at the Seaport Marine building for flames coming from the structure.

Groton Fire Alarm said they were receiving multiple calls for heavy fire and upgraded to the Box Plus assignment, which added Old Mystic Engine 62, Sub Base FAST, Groton Ambulance and Medic 12. Engine 51 arrived at 9:00 P.M. reporting a fully involved building spreading to other structures and transmitted the second-alarm. Engine 51 led off with their deck gun and crews stretched hand lines to protect exposures.

The police department started evacuating exposures while firefighters mounted an aggressive attack to prevent the fire from jumping across the street to neighboring homes. Command transmitted the third-alarm at 9:04 P.M. as the wind-driven fire quickly consumed multiple exposures. Truck 55 originally set up on Contrell Street and flew it off the rear while using the ladder pipe.

Twenty-two minutes in, command reported a partial collapse of a building in the front. Old Mystic Truck 65 and Groton Truck 15 set up on the corners of Washington Street and Willow Street. Sub Base Engine 62 was put to work wetting down exposures, so command requested two additional FASTs. Groton Fire Alarm started Pawcatuck and Norwich as the fourth and fifth FASTs.

Mystic's fire boat set up on the 'Charlie/Delta' corner and hit it from the rear with two monitors. The boat also fed a five-inch line to Truck 55 when they repositioned to the back parking lot. Old Mystic Engine 61 pulled a draft from the Mystic River, which helped supply the scene. Canteen 1 responded to provide refreshments. Crews were on scene throughout the night wetting down multiple buildings that collapsed, as well as some boats that had been on shore. The Mystic Fire Marshal's Office is investigating.