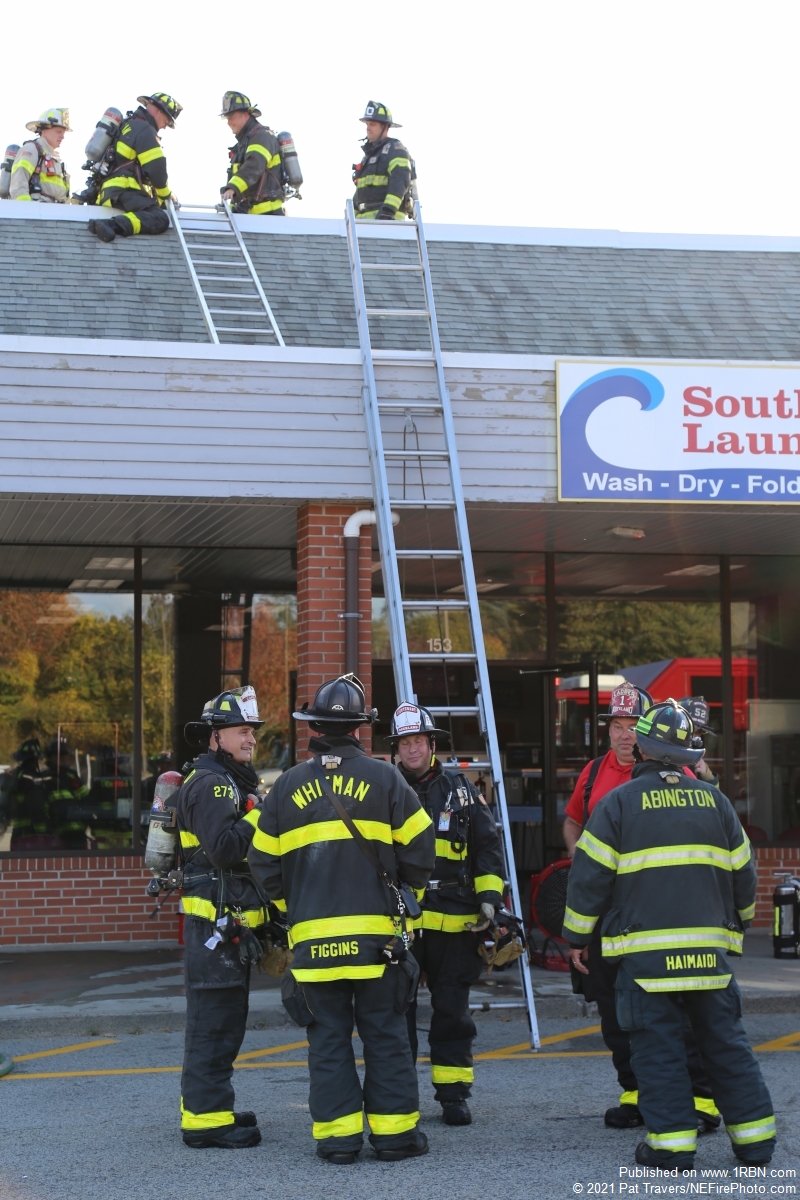 Photo by Pat Travers/NEFirePhoto.comFirefighters check the roof for extension. 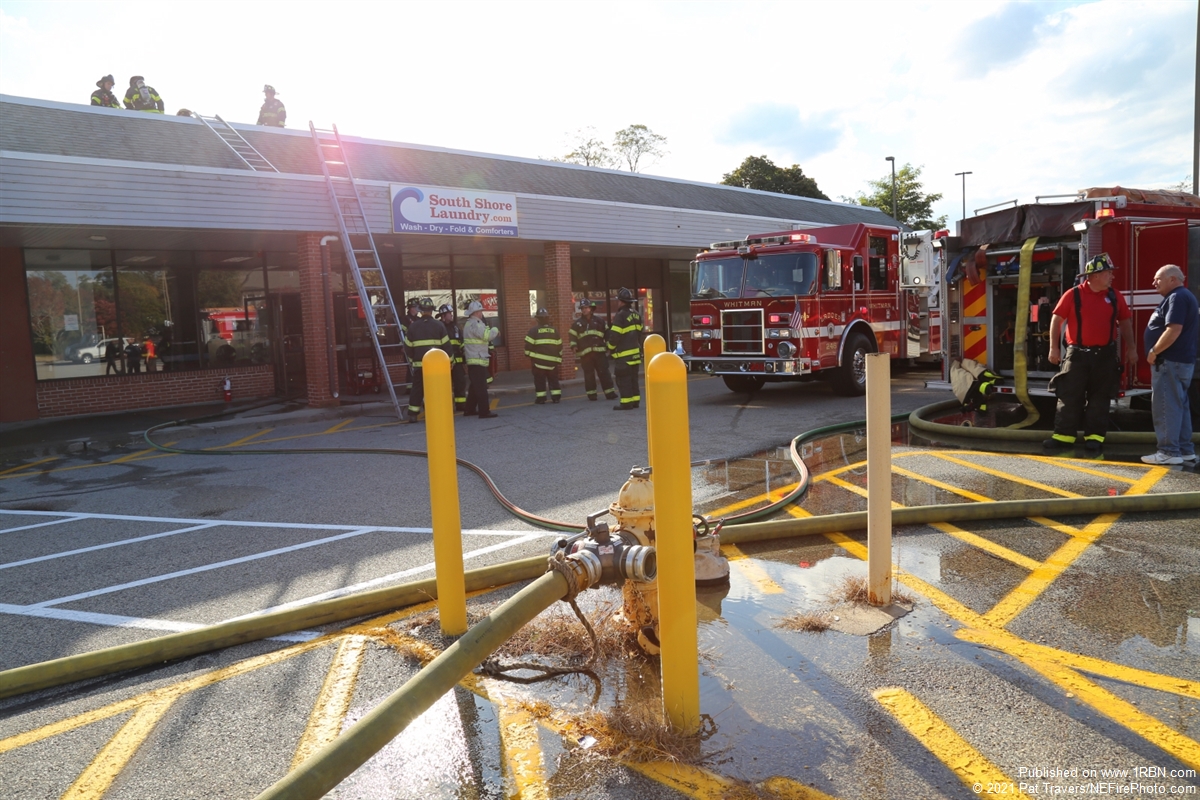 Photo by Pat Travers/NEFirePhoto.comA hydrant tied into right in front of the building. 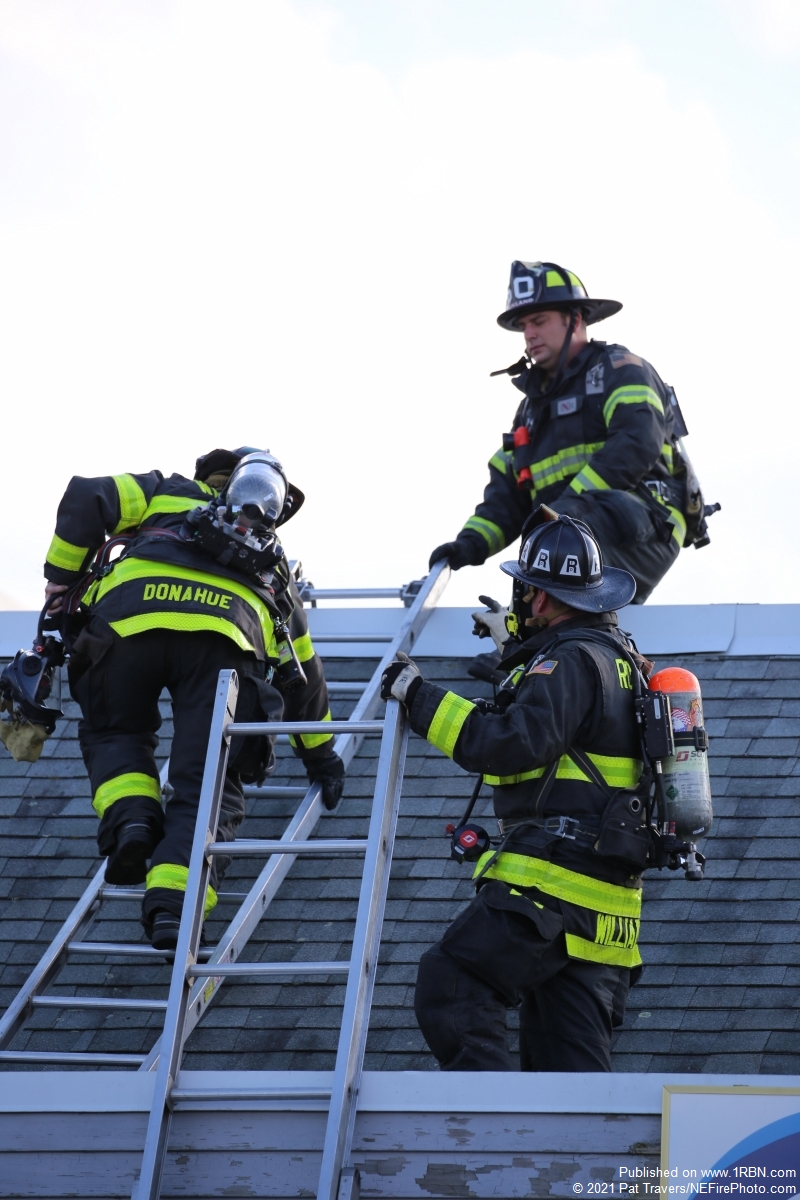 Photo by Pat Travers/NEFirePhoto.comFirefighters making their way to the roof on ground ladders. 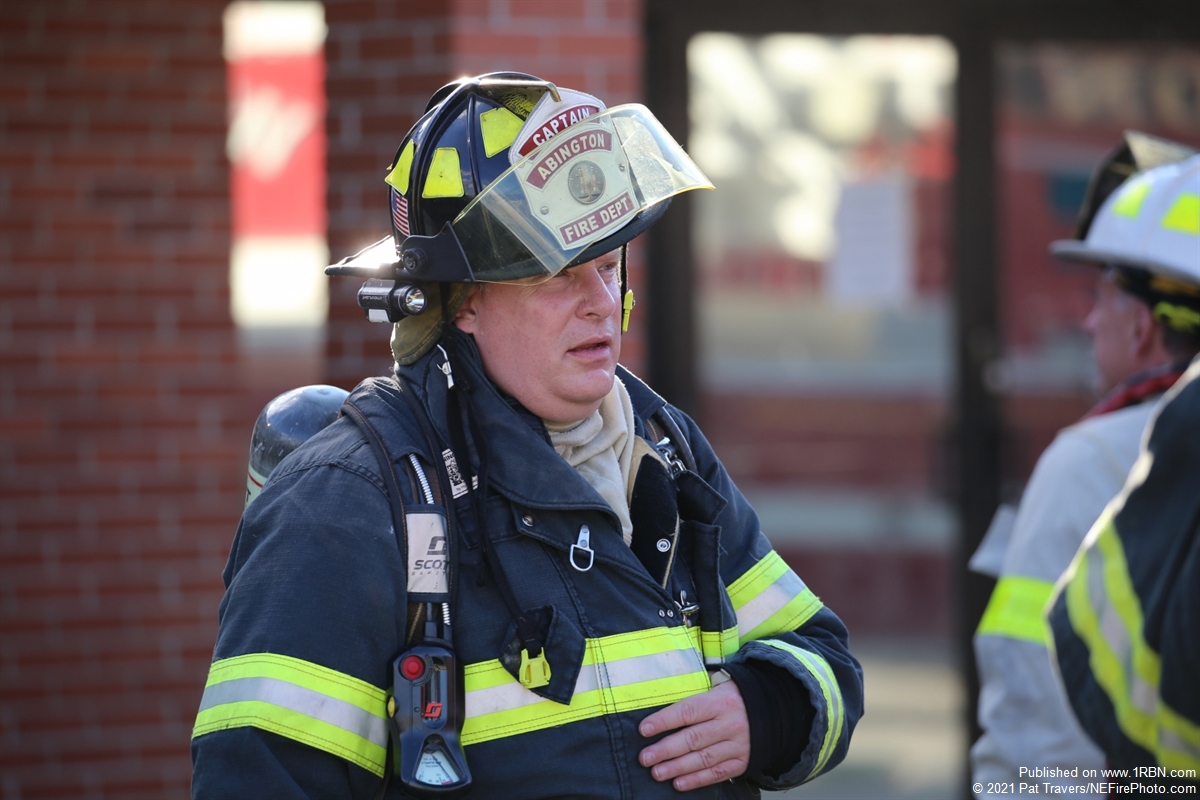 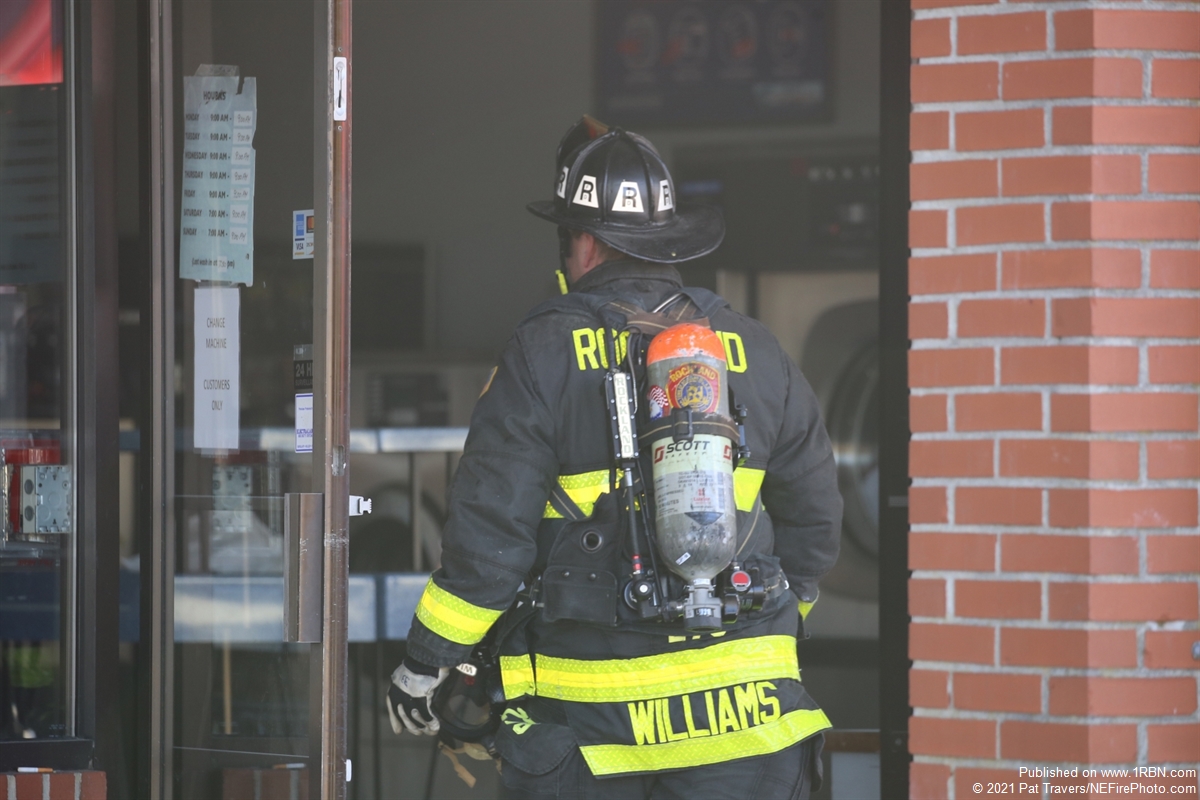 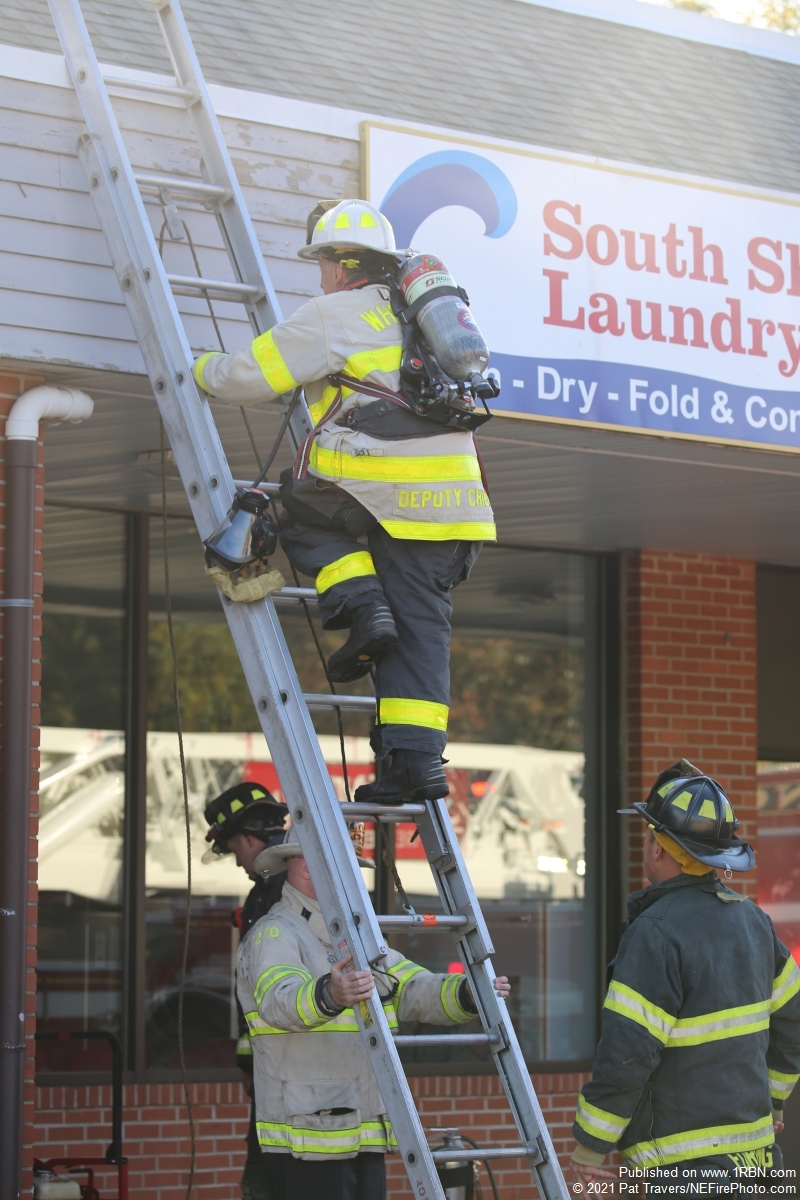 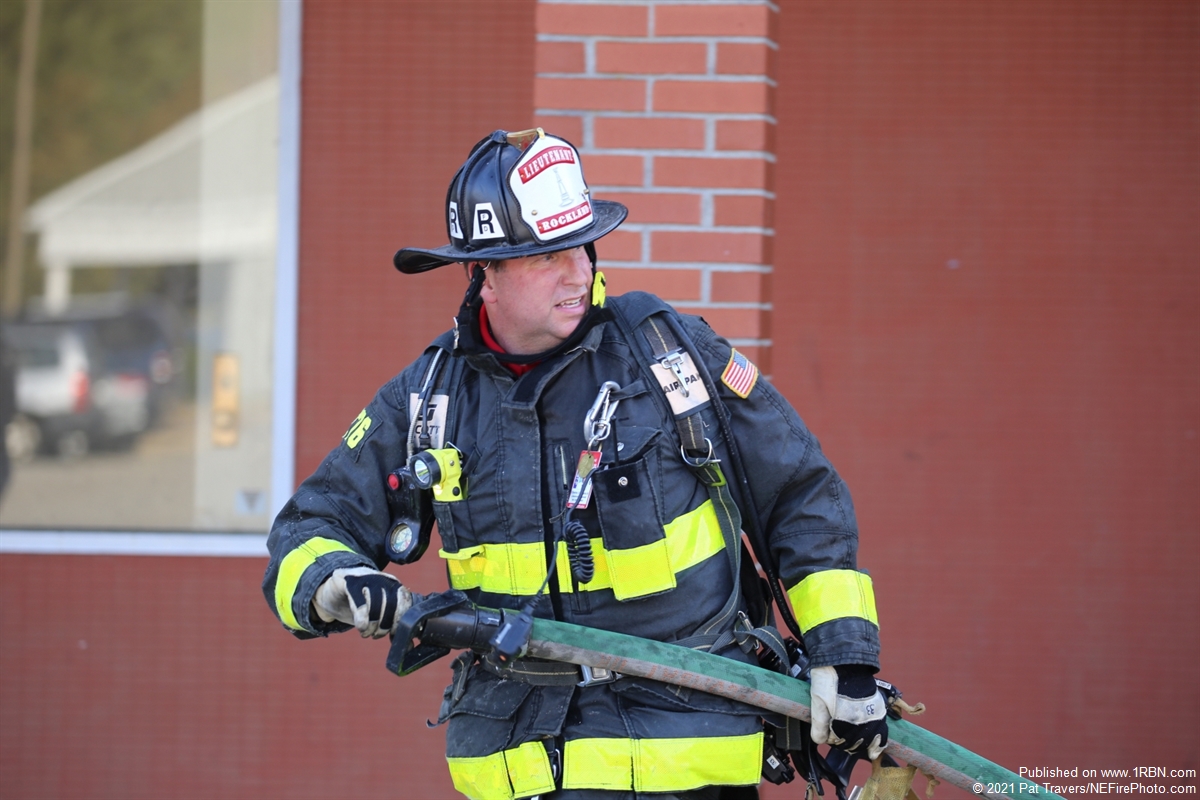 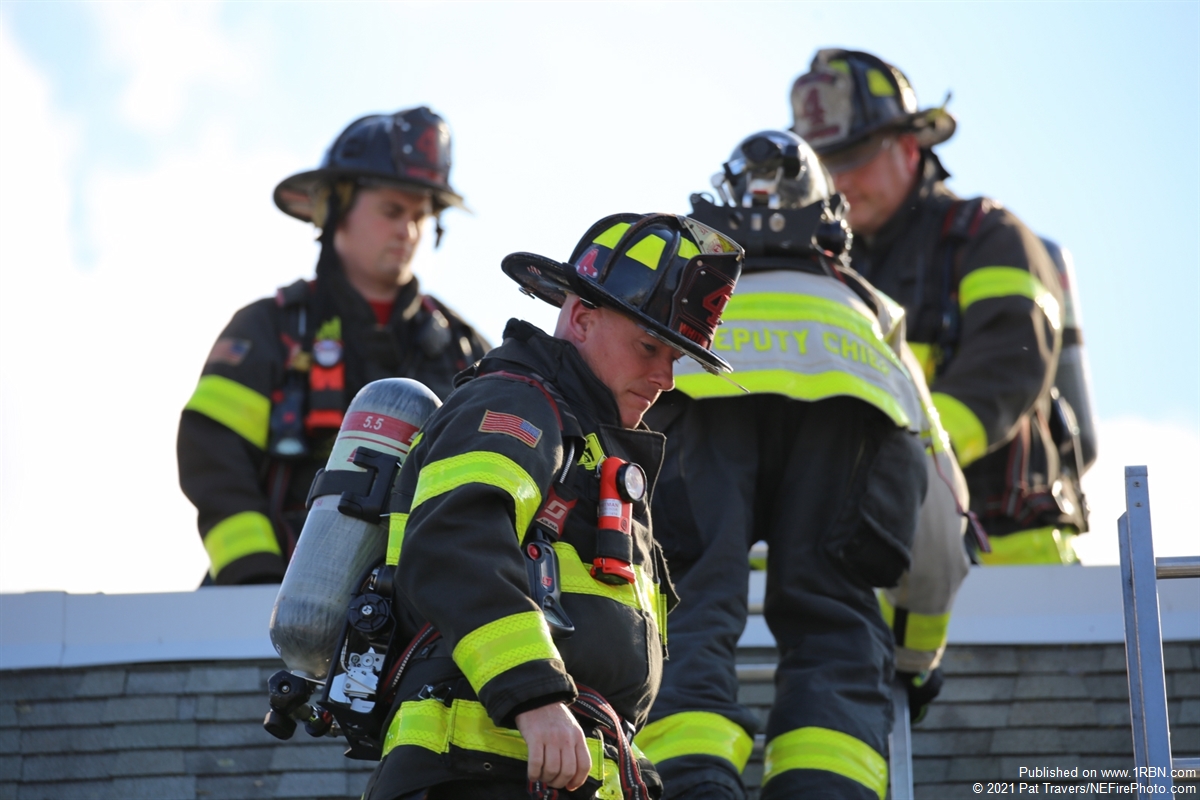 Photo by Pat Travers/NEFirePhoto.comWhitman MA Firefighter Steve Foster at the top of the ground ladder.

ROCKLAND, MASSACHUSETTS (PLYMOUTH COUNTY) - Just before 1500 hours on the afternoon of Friday, October 22, 2021 the Rockland Fire Department responded to a reported dryer fire at the South Shore Laundry laundromat at 153 Market Street. A box was struck due to multiple calls and Rockland Engine-1 responded.

Rockland Car-3 arrived on-scene and reported smoke showing from the roof. Engine-1 requested the box be re-struck and a mutual aid ladder respond. Whitman Ladder-246 responded to the scene. Command requested a working fire assignment shortly there after. Crews had stretched one hand line for a commercial dryer on fire in the laundromat. They had heavy smoke condition in the building, but needed to open up the walls and gain access to the roof.

Abington Engine-4 responded to the scene and a Hingham engine responded for station coverage. A Hanover engine was also assigned to the scene, but was cancelled prior to their arrival as their manpower would not be needed. Crews had the fire knocked down quickly and cleared the scene within an hour. No injuries were reported.