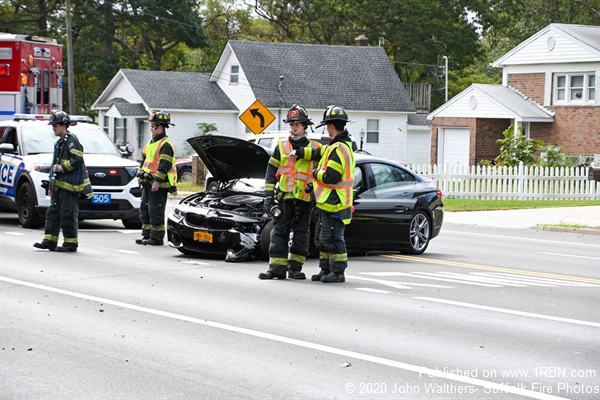 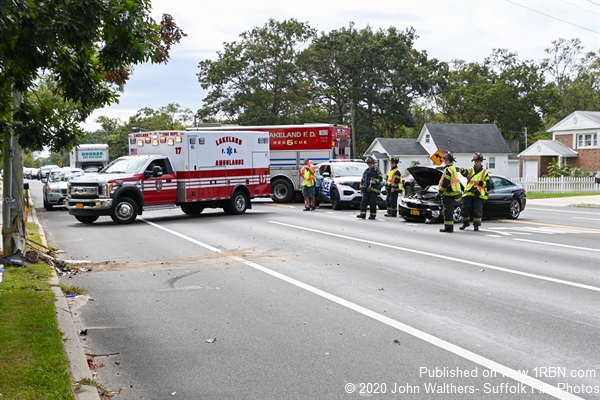 Photo by John Walthers- Suffolk Fire PhotosScene of a crash on Ocean Ave at Peconic St in Ronkonkoma recently. Lakeland FD was on scene and transported 1 to the hospital. 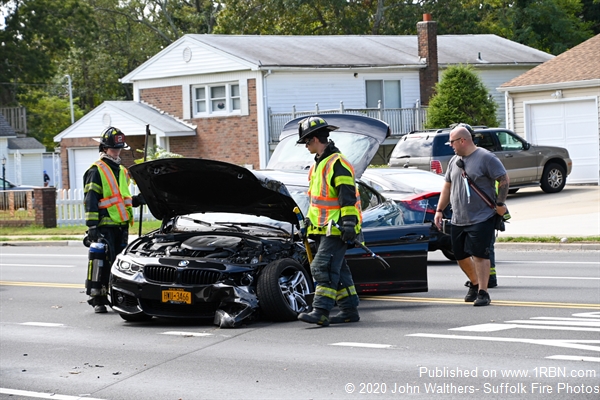 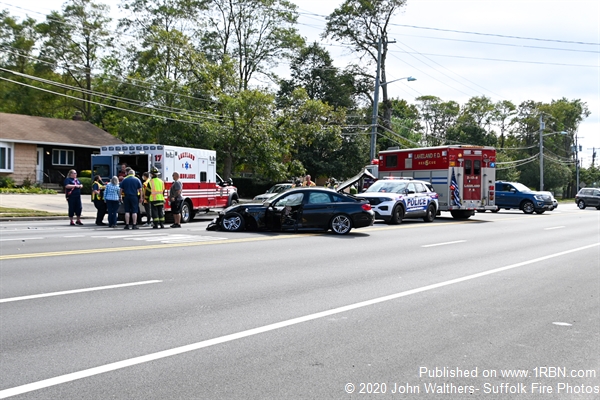 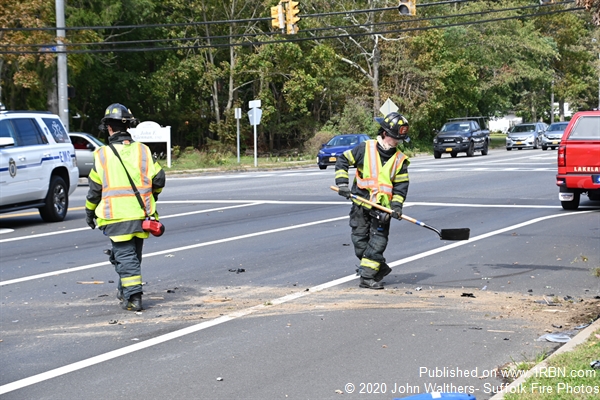 Ronkonkoma, NY - On Saturday, September 26th at about 11:54 A.M., the Lakeland FD was dispatched for a car vs. pole on Ocean Ave. and Peconic St. Chief 3-13-31 was on scene first and advised there was a car vs. pole with no one trapped. Rescue 6 responded in and firefighters secured the vehicle and cleaned up debris. Speedy dry was put down to cover the fluid spill at the scene. The pole sustained heavy damage as it was shifted several inches from where it originally was placed and was cracked at the bottom. One person was transported to a local hospital by Ambulance 17 with non-life-threatening injuries.