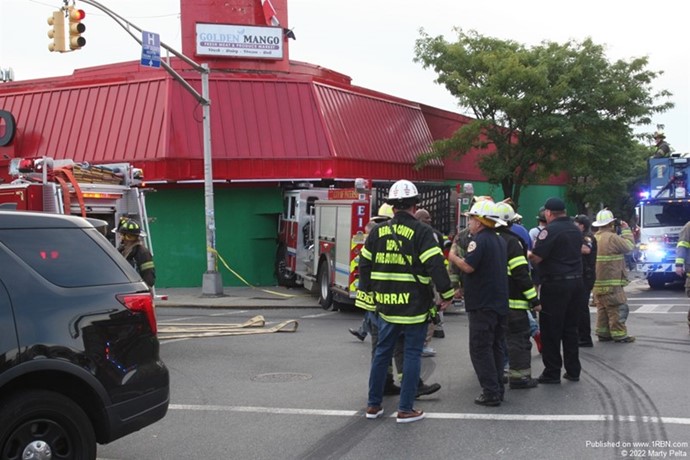 Photo by Marty PeltaEngine 1 into supermarket 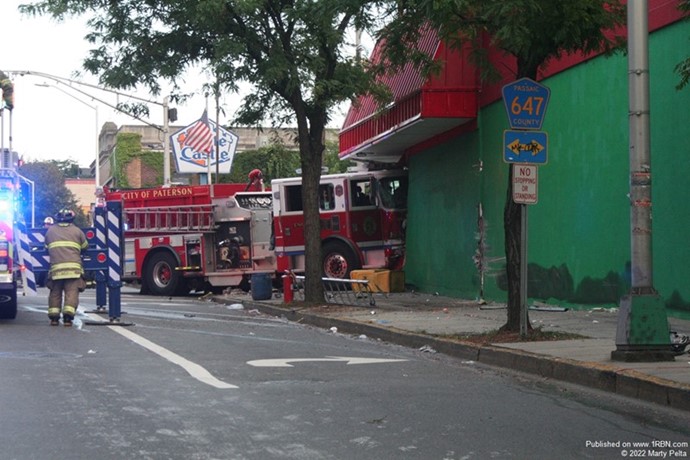 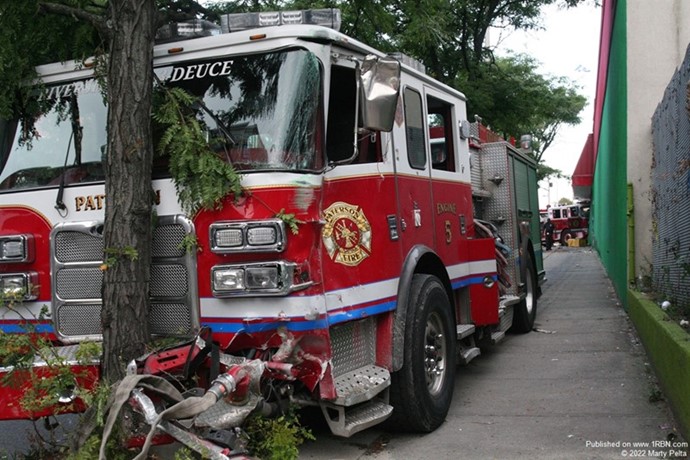 9-10-22 shortly before 6pm- 2 Paterson Fire Engines collided at the intersection of Broadway and Straight St while enroute to a 2 alarm fire on Main St. Engine 1 ended up with the cab inside the front of the Golden Mango Supermarket and Engine 5 continued down the outside of the building, coming to rest after striking a tree at the curbline. 8 Firefighters aboard the 2 engines were injured, some seriously. All members were transported to St Joseph's Hospital. Several mutual aid communities assisted at the scene. The fire on Main St was brought under control shortly after the crash. Hackensack Fire Dept. "building shoring unit" was on scene to assist with securing the roof and wall of the market if it was needed. The cause of the accident is under investigation.