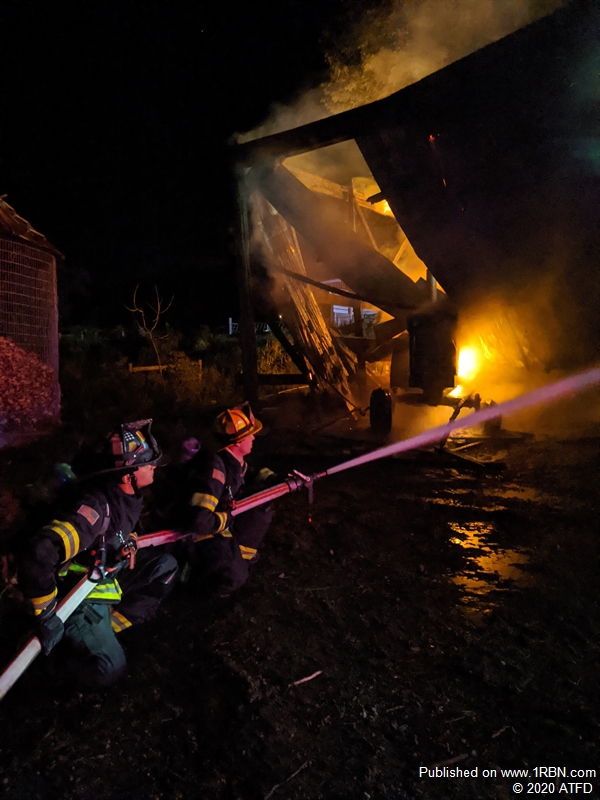 Photo by ATFDFirefighters stretch a 2.5" hand line to quickly stop the spread of a working barn fire 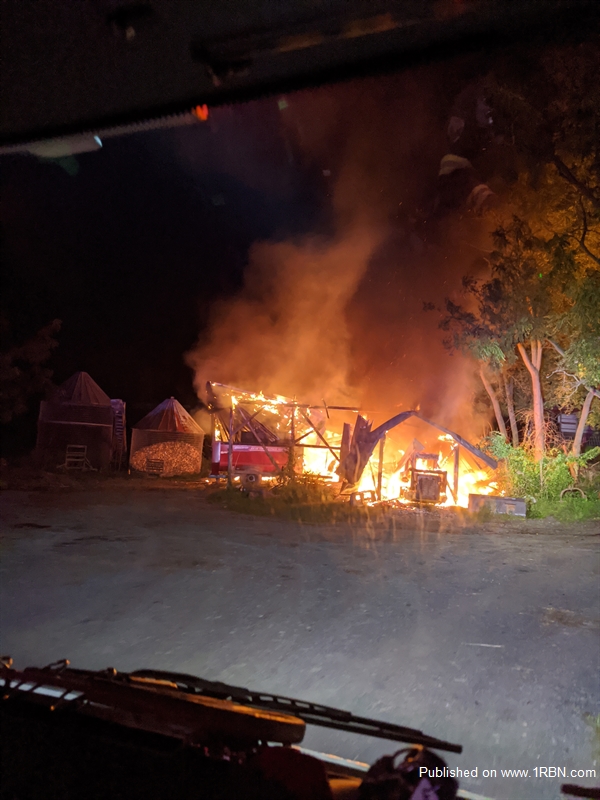 At around 10:30 P.M., Allamuchy Firefighters were dispatched to a barn fire. 91-60 arrived on scene first, confirming a working fire, requesting mutual aid from several departments to respond on the first alarm fire. 91-61 arrived shortly after dropping the 5" supply line at the end of the driver way, utilizing the "rural hitch" for water supply.

When on location, firefighters immediately began surrounding the blaze with hand lines to protect live stock and crop exposure, as well as additional barns. Tanker 91-71 arrived directly behind 91-61 to supply water, and shortly after, mutual aid arrived to lend a hand with additional water and support overhauling the structure. No injuries were reported during the extent of the incident, and there were no animal casualties. Unfortunately a large barn with several pieces of farming equipment were lost in the blaze. Firefighters were clear of scene by 3:00 A.M.