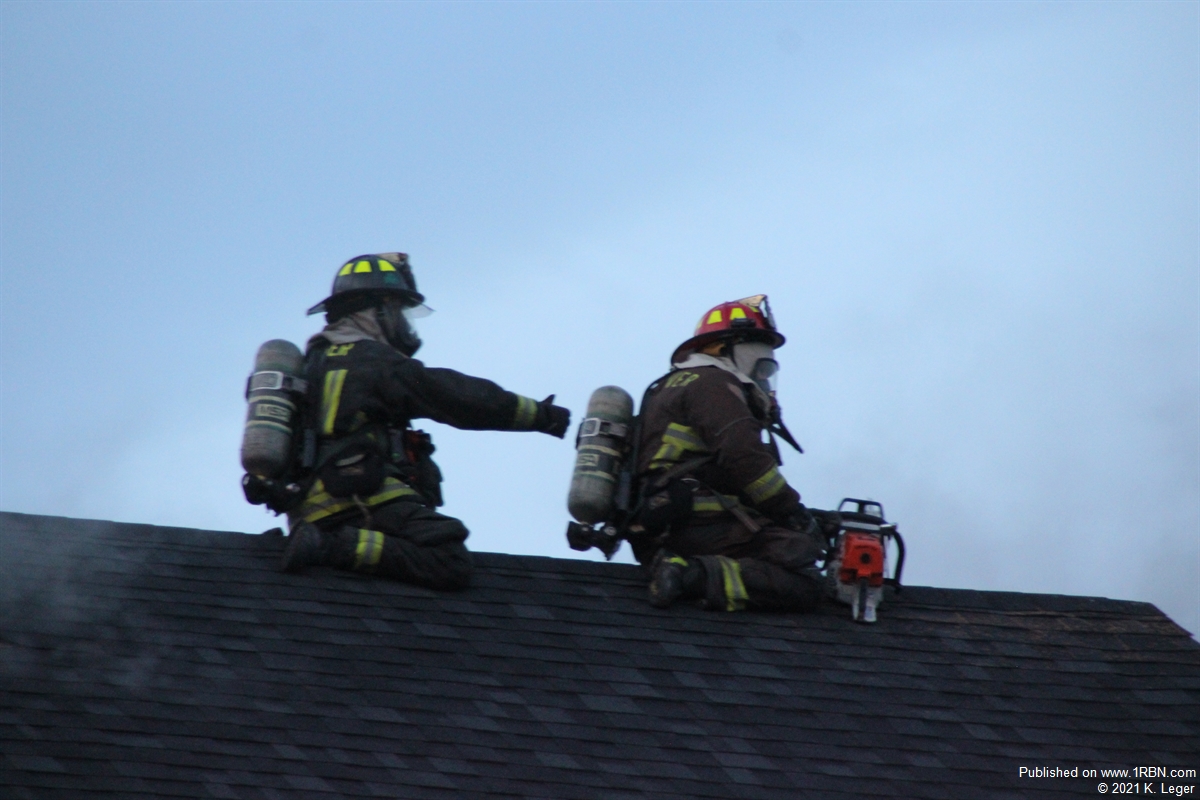 Photo by K. LegerVenting the roof. 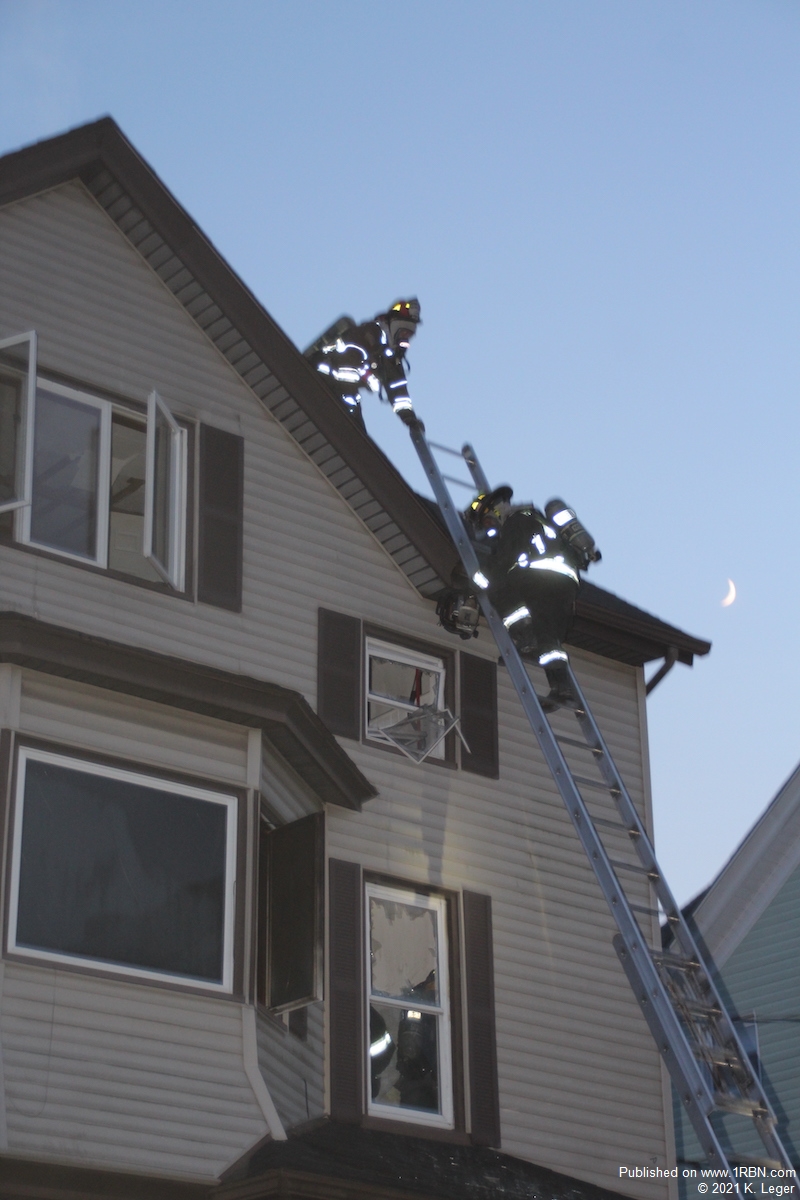 FALL RIVER, MA - Around 8:00 P.M. on August 12th, with temperatures in the high 80's, firefighters responded to 35 Buffington Street in Fall River for a reported structure fire.

Dispatch reported receiving multiple calls for the fire, sending Engines 4, 5 and 9, Ladders 2 and 4, Rescue 1 and Car 3 to the scene. On arrival, the report was heavy smoke and flames showing from the 'B' side of the building. This house was in the rear yard of another three-decker. Engine 4 laid in with their "leader lines", while Ladder 2 used a ground ladder to reach and ventilate the roof.

According to interviews with the tenants, it appeared that the fire started in a pan on the stove that the occupant attempted to move. Unfortunately, this action resulted in the rapid spread of the fire.

Because of the high temperatures outside, a second-alarm was called to provide relief to the first-in crews. Special Service members were also called to the scene to provide scene lighting, both interior and exterior, as well as cold drinks and wet and dry towels for the firefighters at rehab.