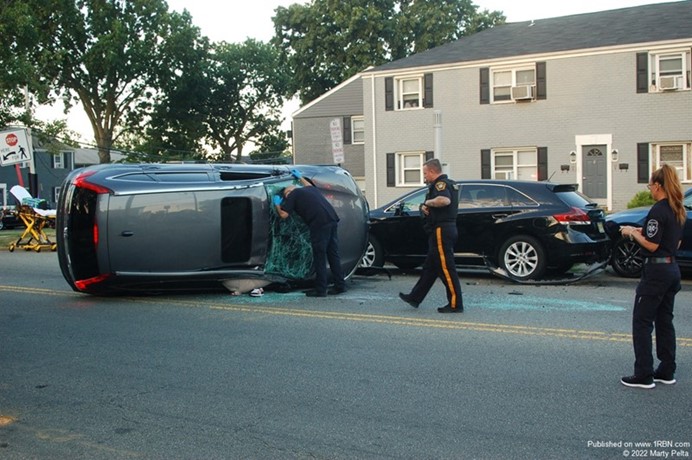 Photo by Marty PeltaAn EMT communicates with the driver who is still inside the vehicle after the crash while awaiting rescue. 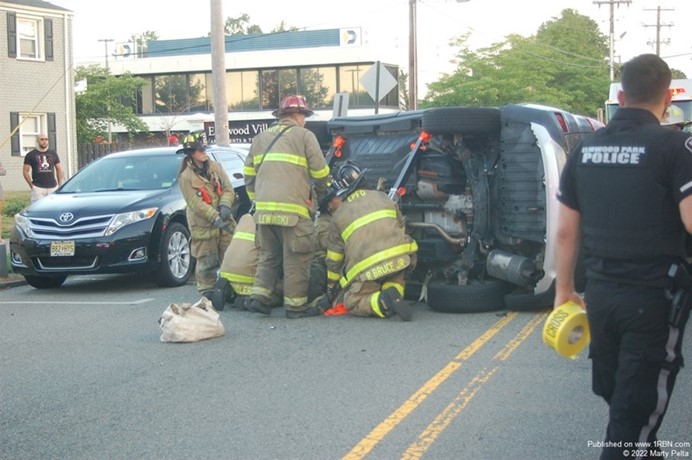 Photo by Marty PeltaMembers of EPFD attaching stabilizer bars to the underside of the vehicle to prevent further movement. 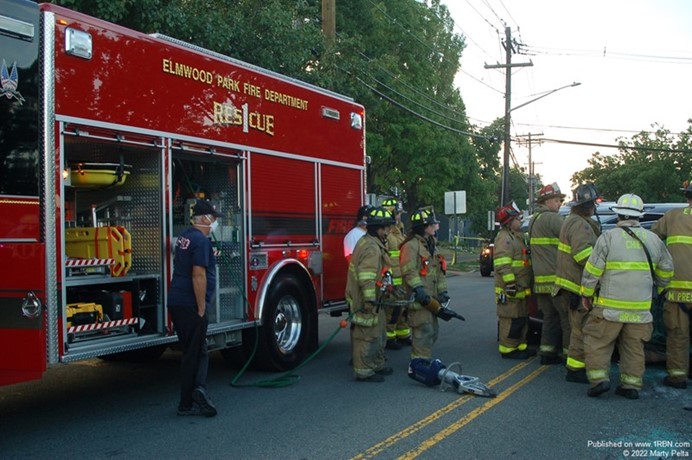 Photo by Marty PeltaEP Rescue #1 at the scene. 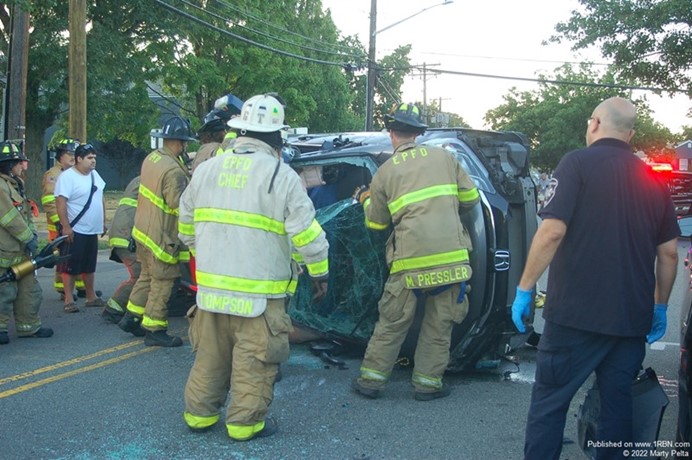 Photo by Marty PeltaFirefighter Mike Pressler uses a sawzall to remove the windshield of the van. 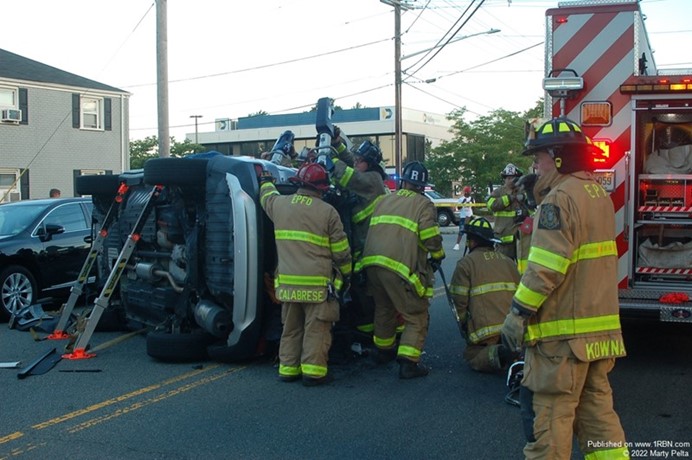 Photo by Marty PeltaRescue members working the Porta-Power to remove the vehicle's roof. 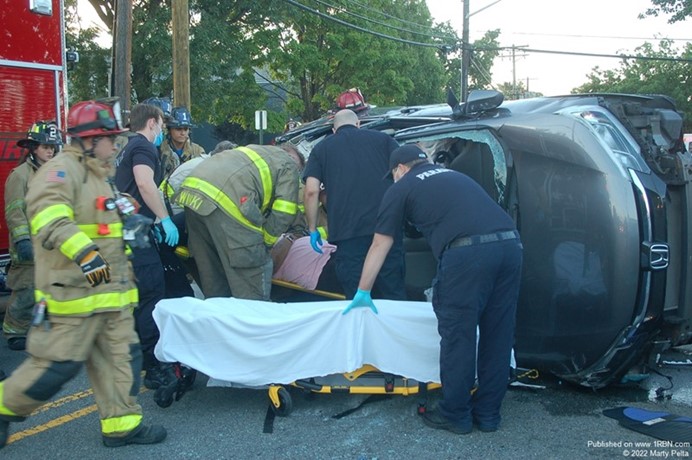 Photo by Marty PeltaVictim being removed from the vehicle to be treated and transported.

ELMWOOD PARK, NJ - One driver was injured on August 6th around 6:20 A.M. when her vehicle came to rest on its side after striking two parked cars on Mola Boulevard near Elmwood Terrace. The driver had to be extricated by members of Elmwood Park Fire Dept. Rescue #1, with the roof being cut off the vehicle in order to gain access to the patient. EPPD, EPFD and EP Ambulance, along with Paramedics from St. Joseph's Hospital in Paterson responded. The patient was transported to St. Joseph's after being extricated. Injuries did not appear to be life-threatening. The cause of the crash is under investigation.