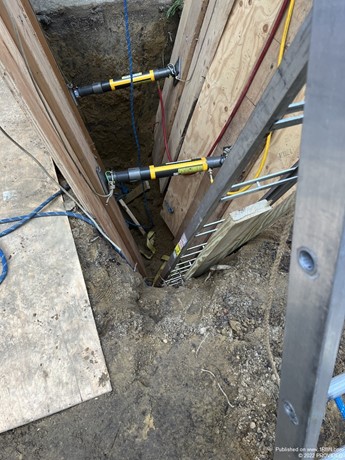 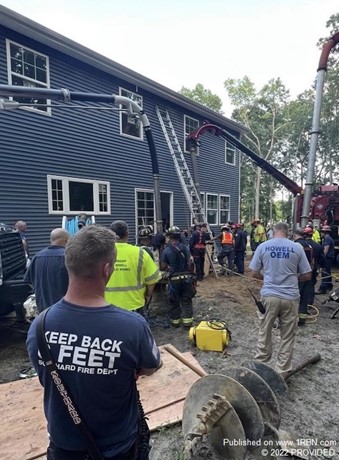 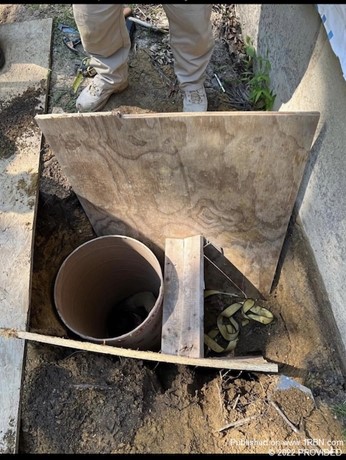 Upon arrival, police officers found a construction worker that had entered a 4'x10' hole to do repairs, but with no shoring in place, the dirt walls caved in and trapped the worker up to his neck. The police department took immediate life-saving measures.

Howell Fire District 5 (Freewood Acres) was dispatched. On arrival of 19-5 Chief Donohue, he realized that more manpower would be needed and Fire District 19-3 (Southard), as well as the Office of Emergency Management were dispatched. Additional resources were also called, which included Asbury Park Fire, and Brick Fire Technical Rescue Teams.

Rescue crews utilized shoring equipment, as well as the Department of Public Works vac truck, and Monmouth County also supplied two additional vac trucks. After about three hours of intensive digging to remove the dirt that had collapsed on the worker, he was extricated and transported to Jersey Shore Hospital by Howell PD EMS for non-life-threatening injuries.

Due to the collaborated efforts by first responder personnel, this victim was treated and released with only minor scratches. Howell First Aid provided rehab for emergency personnel on scene who were working in hot temperatures and humidity.