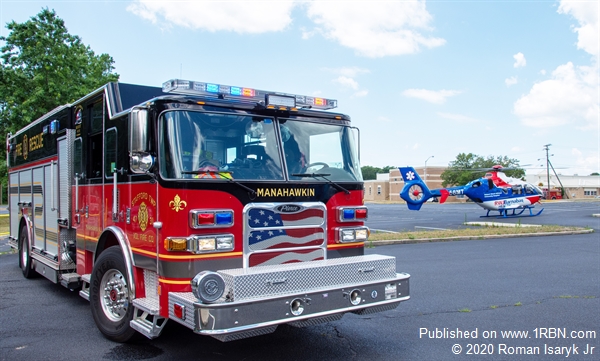 Photo by Roman Isaryk JPT being taken to the Medevac

Stafford Twp., NJ - Just after 11:30 A.M. on June 28th, Stafford Twp. EMS was dispatched for a jet ski accident in town. Once on location, EMS requested a medevac for traumatic injuries. ALS was out of Southern Ocean Medical Center, and Stafford FD responded as well to handle the landing zone in the high school parking lot. Lifeflight was the Medevac, and once in the air, had a 12 minute ETA. Once on the ground, the patient was loaded in the the medevac and then transported to a nearby trauma center.