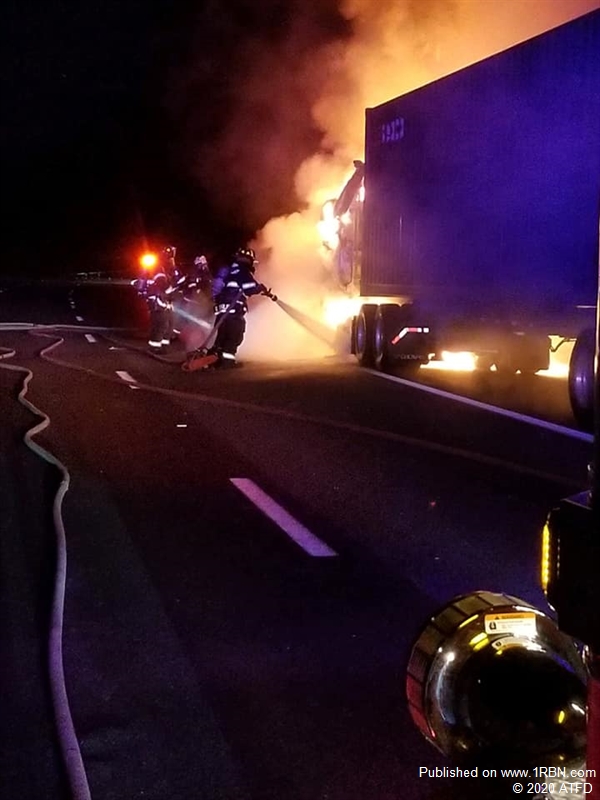 Allamuchy, NJ - Allamuchy Firefighters responded to Route 80 at around 1:30 A.M. on June 1st for a reported tractor-trailer fire. As Engine 91-61 went responding, fire chief 91-60 arrived on location confirming a working fire. The crew from 91-61 arrived first due, stretching (two) one-and-three-quarter inch hand lines to attack the blaze. Tanker 91-71 arrived moments after and began supplying water to 91-61. Firefighters were able to knock the fire in minutes, and then worked to control the diesel spill and overhaul the cab of the truck. Engine 91-63 arrived shortly after, bringing additional support as well as mutual aid from 38 Fire and 22 Hazmat. NJSP also assisted on scene with lane closures.