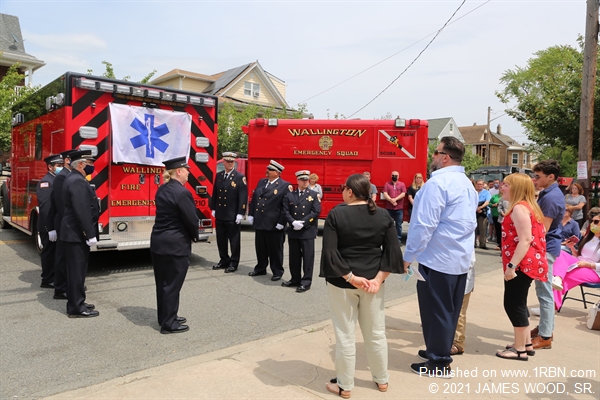 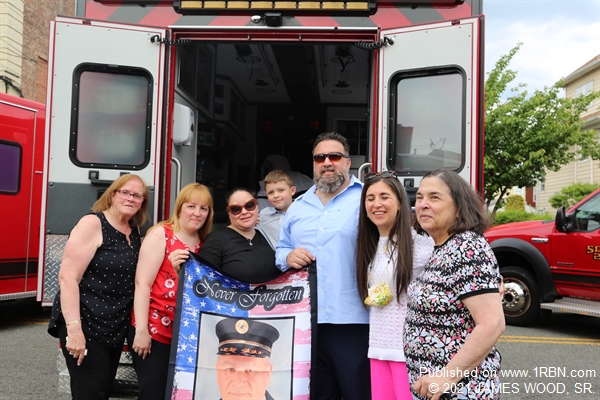 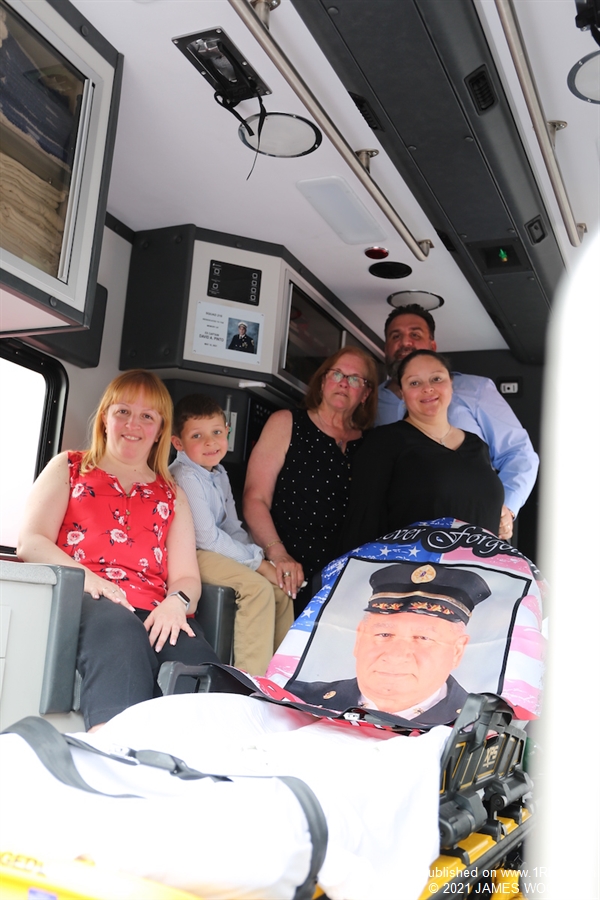 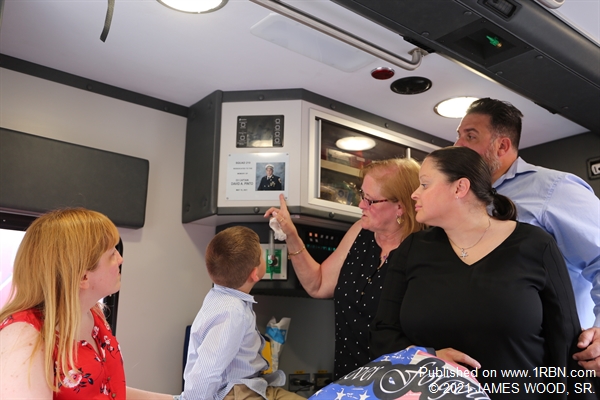 WALLINGTON, NJ - On May 16th, the Wallington Emergency Squad, along with the fire department, held a memorial service and dedication of their Ambulance 210 to past member and Ex-Chief, David Pinto, who passed away from COVID 19 last year on May 17th.

Barbara and her children were given a flag from Ex-Chief Mark Tomko (also a life member of emergency squad and Dave’s best friend). The flag was adorned with a picture of Dave.

Captain of the emergency squad, Joanne Rubba, gave words on how Dave coached her when she joined the squad. She stated that he was a real inspiration to her and she always looked up to him for advice. The current chiefs of the department also presented gifts to the family members. Now inside Ambulance 210 is a plaque on the wall with Dave’s picture to overlook his fellow members on all their future calls.

Dave's boss, along with other members of the New Jersey Sports and Exposition Authority (where Dave worked since 2005), were also proudly in attendance to remember a man that they all hold dear to their hearts. They also have a mural on a wall in honor of Dave and his two other colleagues who passed away from COVID 19.

Pinto worked for 39 years as a letter carrier for the United States Postal Service, retiring in 2005. However, Dave always had to stay busy, so when he heard there was a job opening at the Meadowlands for an EMT, Dave jumped on the job. His love for saving people and/or aiding a person was immeasurable.