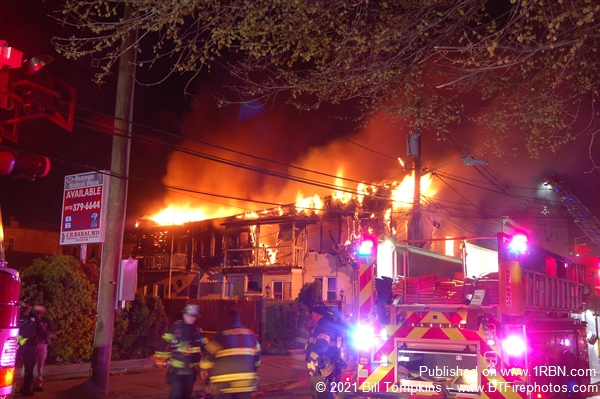 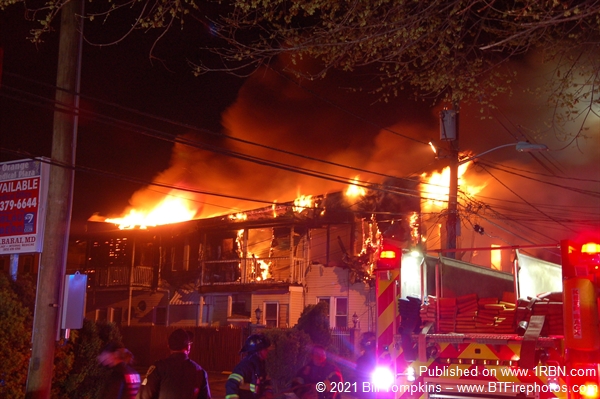 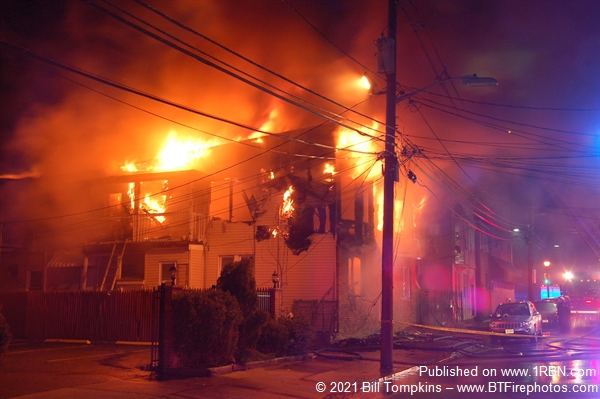 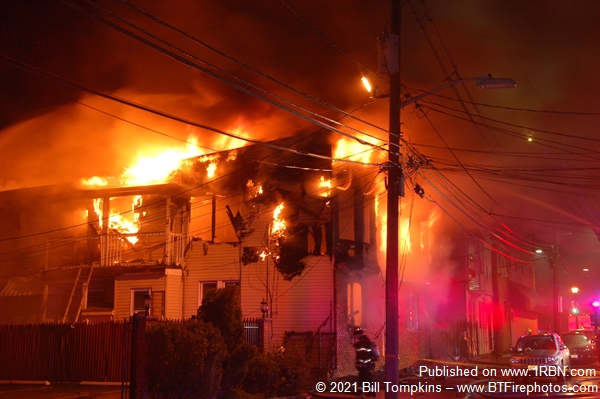 ORANGE, NJ - An Orange firefighter escaped serious injury at the scene of a blaze in a multiple dwelling that had been damaged by fire several months earlier.

On April 5th, shortly after 11:00 P.M., Orange fire units responded to 335 Henry Street for a reported fire. A second-alarm was transmitted as heavy fire was showing from the two-story frame vacant multiple dwelling. Out-of-town companies responded to the scene and to cover the Orange Firehouse.

Members made a push inside, but the poor condition of the structure made operations difficult. A firefighter fell through the weakened second floor, prompting a “Mayday” to be sounded. The firefighter was quickly located and removed, then transported to the hospital with non-life-threatening injuries. All members were withdrawn from the building as flames spread throughout the second floor and cockloft.

A third-alarm was called as the fire spread to the exposure 'D' building, a two-and-a-half story occupied frame dwelling. A ladder pipe, a deck gun and ground monitors operated on the original fire building. Companies worked interior on the exposure building as flames took possession of the attic.

Conditions slowly improved and all visible fire was knocked down in about two hours. As this fire was winding down, several mutual aid companies quickly extinguished a second fire a couple of blocks away in a two-and-a-half story frame. No additional injuries were reported at either blaze. Two days later, a male was arrested for arson for setting both of the Henry Street jobs, plus the house fire.