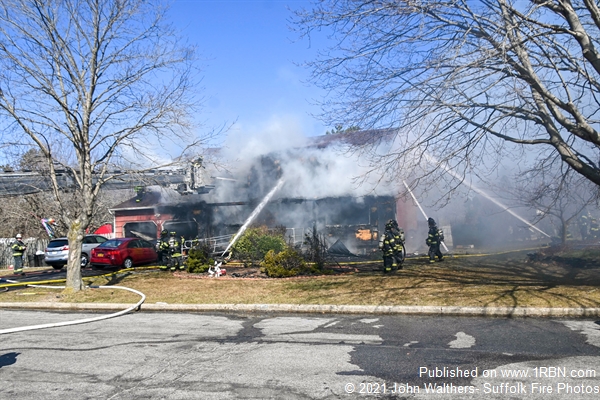 Photo by John Walthers- Suffolk Fire PhotosFirefighters from multiple departments battle this blaze in East Patchogue on Crobin ave . Hagerman Fd was in charge of the scene. 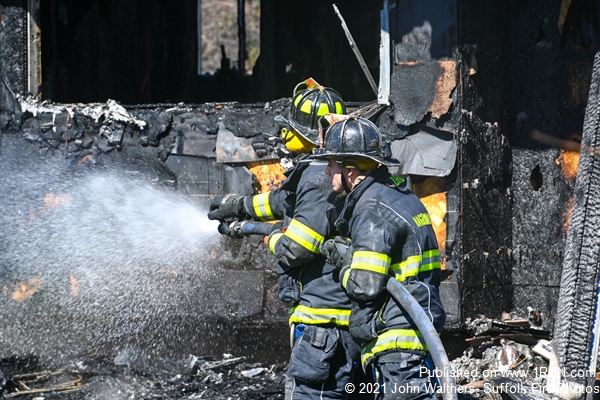 Photo by John Walthers- Suffolk Fire PhotosHagerman Firefighters wetting down the house to make sure all pockets of fire are out. 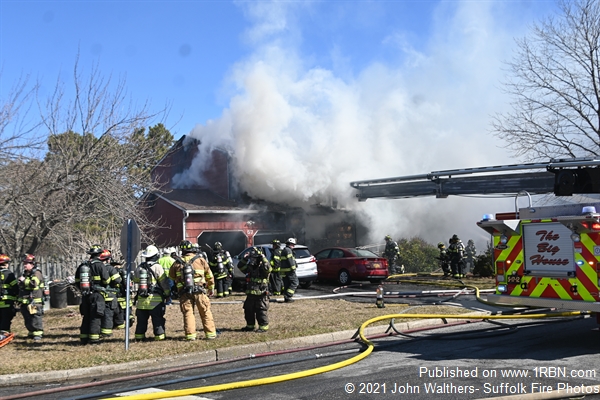 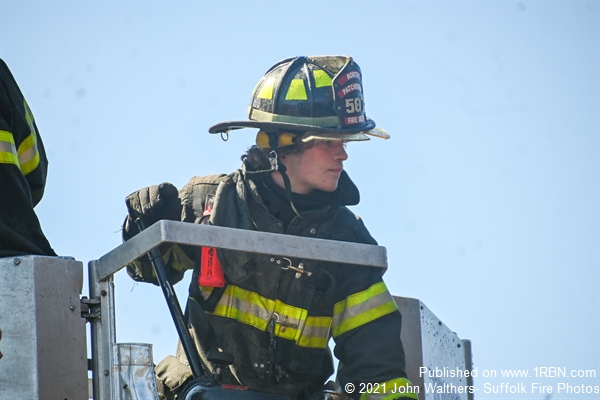 Photo by John Walthers- Suffolk Fire PhotosA North Patchogue Firefighter mans the bucket of ladder 12 operating on a mutual aid for a house fire to Hagerman FD on March 13th. 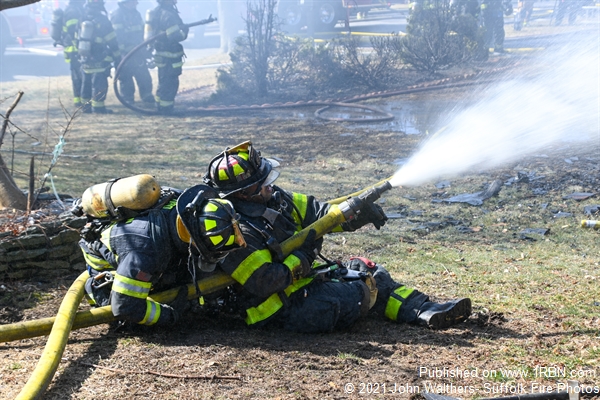 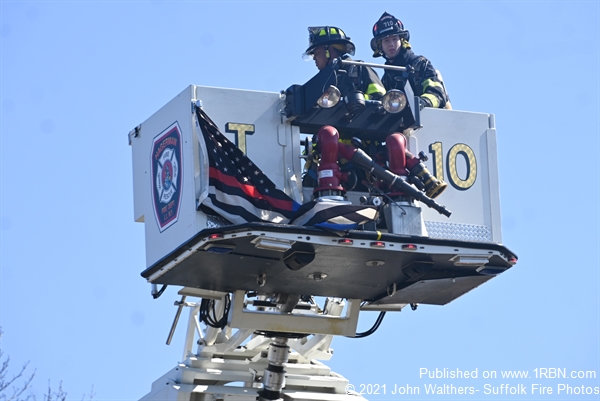 East Patchogue NY- On March 13th at about 9:45 AM Hagerman FD was activated for a reported house fire on Corbin Ave between Dutch Ct and Sandra Dr in East Patchogue. On arrival of Chief of Department Nicole Pannhurst {5-10-30} the working fire (signal 13-35) was transmitted for fire in a 2story residence. Mutual aid was requested from Bellport, North Patchogue, Patchouge and Medford to the scene. Multiple lines were put into operation as were 2 tower ladders. The fire was placed under control at about 10:49AM firefighters however were on scene for about an additional hour due to extensive overhaul.

South Country ambulance was also on scene. According to rescuers one person was taken to a local hospital for smoke inhalation. The scene was turned over to the Brookhaven Fire Marshal and SCPD Arson Squad for further investigation.