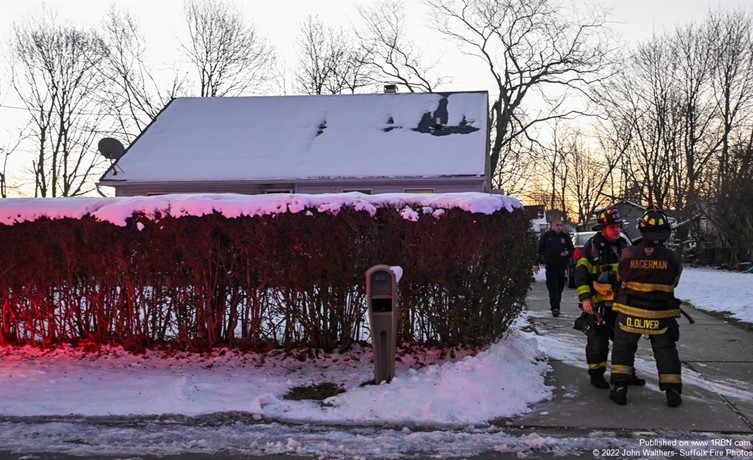 Photo by John Walthers- Suffolk Fire PhotosHagerman and their mutual aid made quick work of a contents fire on MacDonald ave on January 8th. 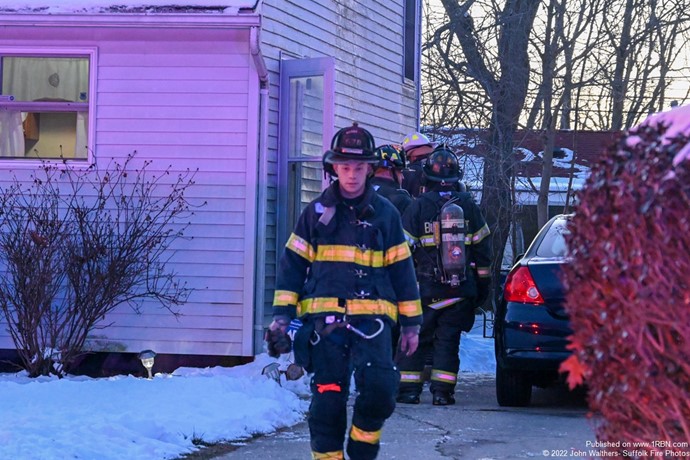 Photo by John Walthers- Suffolk Fire PhotosFirefighter Brendan Dunham and other members of Hagerman FD exit the home after fire was out. 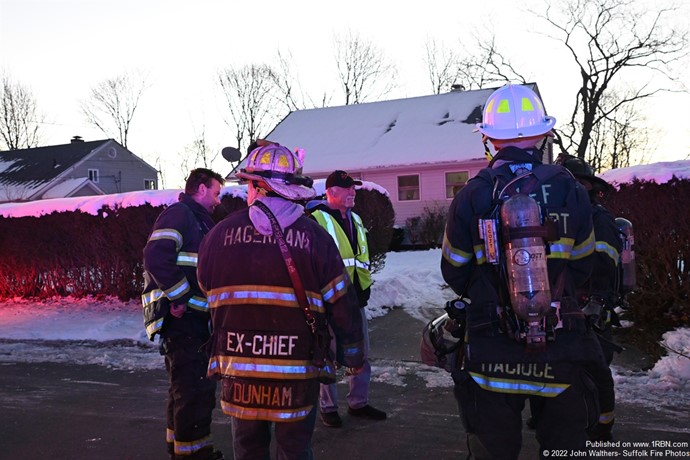 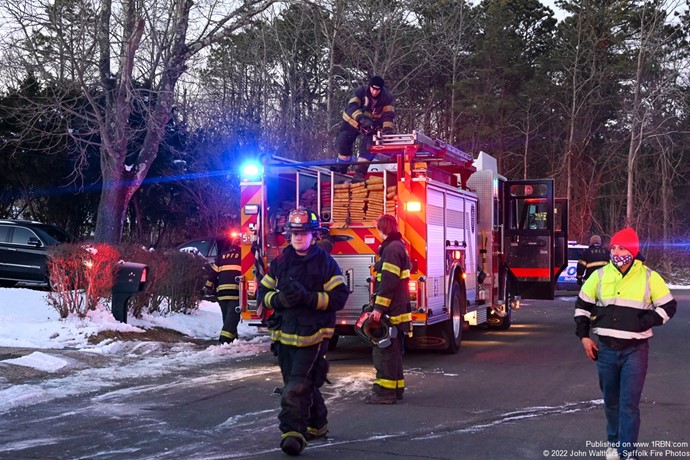 North Bellport N.Y.- At about 4:30 PM January 8, 2022, Hagerman Fire Department was activated for a report of a residential Structure Fire On MacDonald Ave off Hampton Ave. 2nd Assistant Chief Corey Citarella arrived on scene to find smoke and flames visible in the basement of the home. The working fire was transmitted and mutual aid was started to the scene from Bellport and North Patchogue. Upon His arrival Chief of Department Tom Dunham took command of the scene. The fire which was a contents fire was knocked down quickly. There was no extension and all mutual aid companies were released. South Country Ambulance was on scene if needed but no injuries were reported.