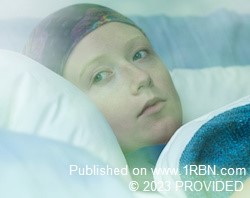 Photo by PROVIDEDHalf of all Americans die in hospice care, usually at home.

Hospice care, designed to provide comfort and support to terminally ill patients and their families, has become a $22 billion industry funded by taxpayers in the United States.
According to a scathing report from ProPublica and The New Yorker, the corporate takeover of hospice services has led to exploitation and lack of regulation in the sector, with for-profit providers accounting for around 70% of hospices today, compared to 30% in 2000. The aggregate Medicare margins of for-profit hospices are reportedly three times that of their non-profit counterparts.

One reason that hospice care has become such a lucrative business is that it offers companies large margins for relatively low effort. Medicare pays a set rate per patient per day, regardless of the care provided. Since most hospice care takes place at home and nurses are only required to visit patients twice a month, it is relatively easy to keep overhead costs low and outsource most of the labor to unpaid family members.

Former salespeople turned whistleblowers have revealed the variety of shady tactics companies use to increase admissions and profits. These tactics include wearing scrubs to appear more credible, even if they do not have a medical background, and targeting lower-educated and poorer individuals to convince them that hospice care is necessary. In some cases, salespeople have been known to lobby doctors to turn over their "last breath" patients and to outright bribe providers with perks or kickbacks.

Another major problem with for-profit hospice care is it is prone to fraud and inaccurate billing. A report by the Office of Inspector General found that of hospice beneficiaries in nursing facilities, hospices provided "fewer services than outlined" for 31% of claims. The report also found that hospices often charged patients for general inpatient care, the second most expensive level of hospice care, when the patients only received home care. This upcharge can reportedly make as much as $521 more per day for the hospice.

In addition to fraud and inaccurate billing, for-profit hospices have also been found to have higher rates of no-shows and substantiated complaints from patients and their families than their non-profit counterparts. They are more likely to discharge patients alive when they approach Medicare's reimbursement limit. This limit states that patients must die within six months of receiving hospice care, or else Medicare may demand repayment. In one criminal case, a hospice owner was even accused of ordering staff to overdose patients who had been in hospice care for too long.

Clearly, the corporate takeover of hospice care has led to exploitation and a lack of oversight in the industry. While hospice care was originally intended to provide comfort and support to terminally ill patients and their families, it has become a lucrative business for companies looking to make easy profits. Stricter regulations must be put in place to ensure that hospice care is provided in a way that is ethical and truly meets the needs of patients and their families.