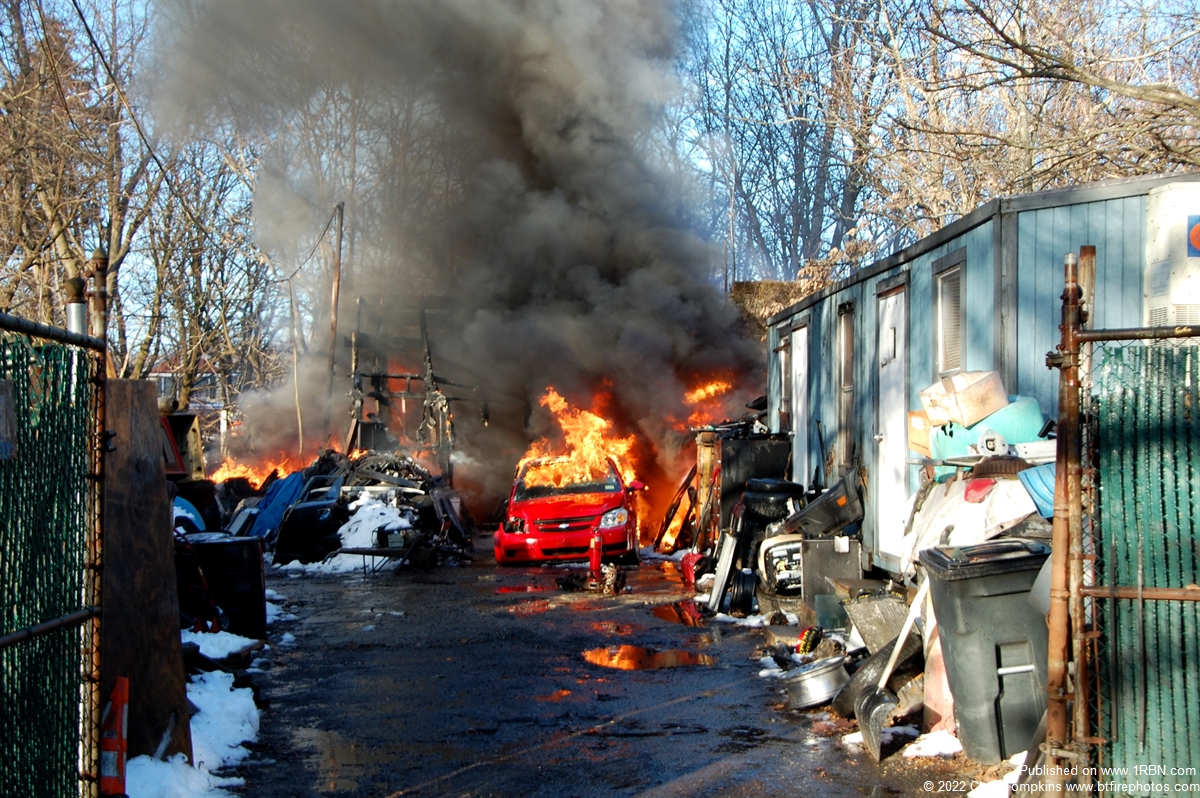 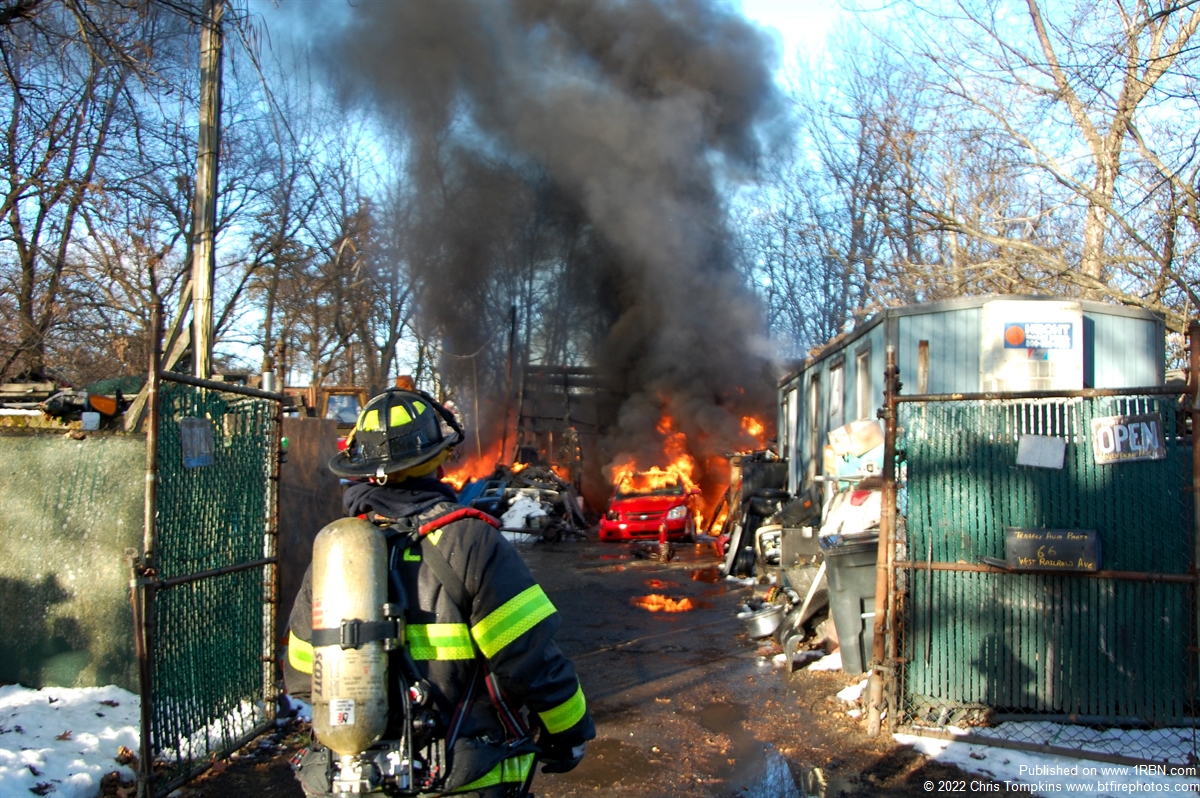 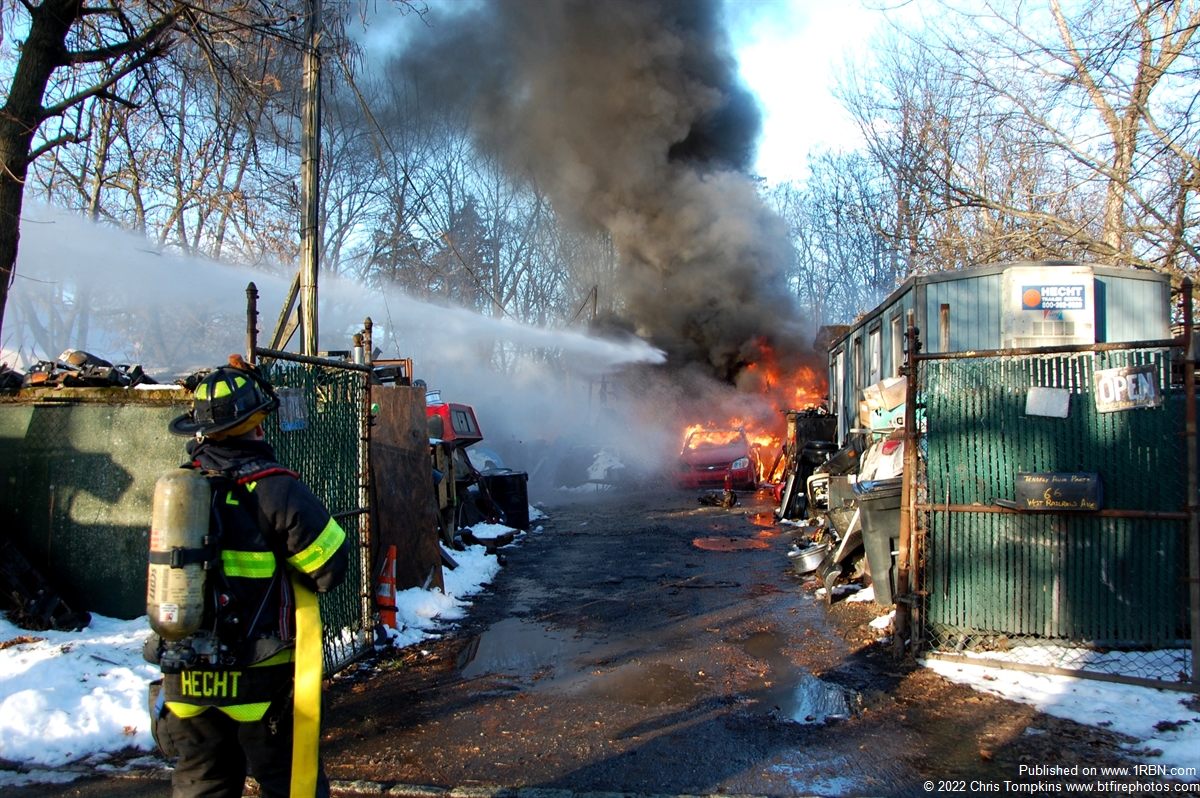 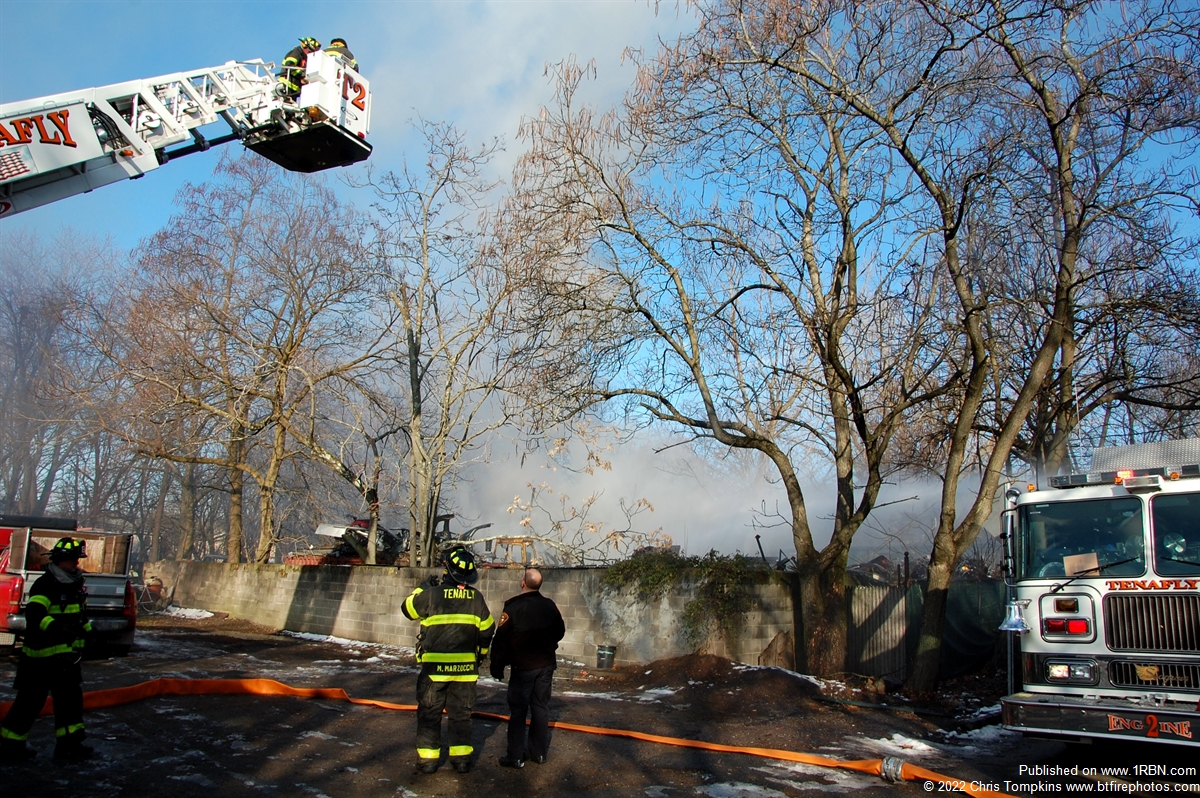 TENAFLY, NJ - Firefighters battled an all-hands fire in cold temperatures on Monday morning, January 10th, at a building inside a small junkyard.

Firefighters were alerted shortly before 9:00 A.M. of a structure fire at 66 West Railroad Ave. Chief Philpott and Asst. Chief Fredrick responded and reported a black column of smoke while en-route. Once on scene, Chief Philpott reported that he had a well involved building fire with extension to a vehicle.

Engine 1 responded and went into operation with a deck gun to knock down the heavy fire. Engine 2 arrived shortly after, and after establishing a water supply went into service with their deck gun. No firefighters were to enter the property due to small explosions within the building. Two hand lines were stretched and Tower 2 was set up and put into operation in a lot adjacent to the fire.

The fire was knocked down within an hour, and no injuries were reported. Tenafly EMS was called to stand by at the scene, and Tenafly DPW was called for icy conditions. The cause of the fire is under investigation.