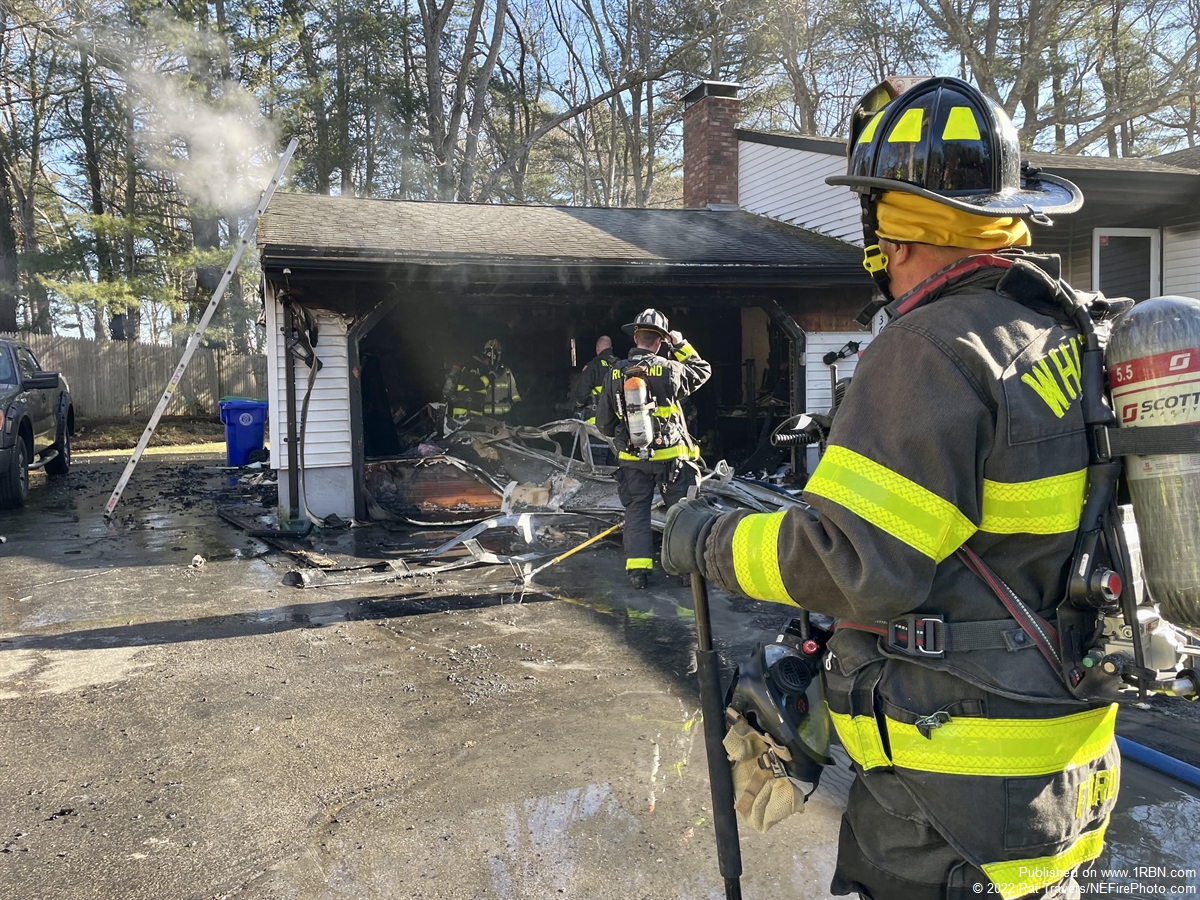 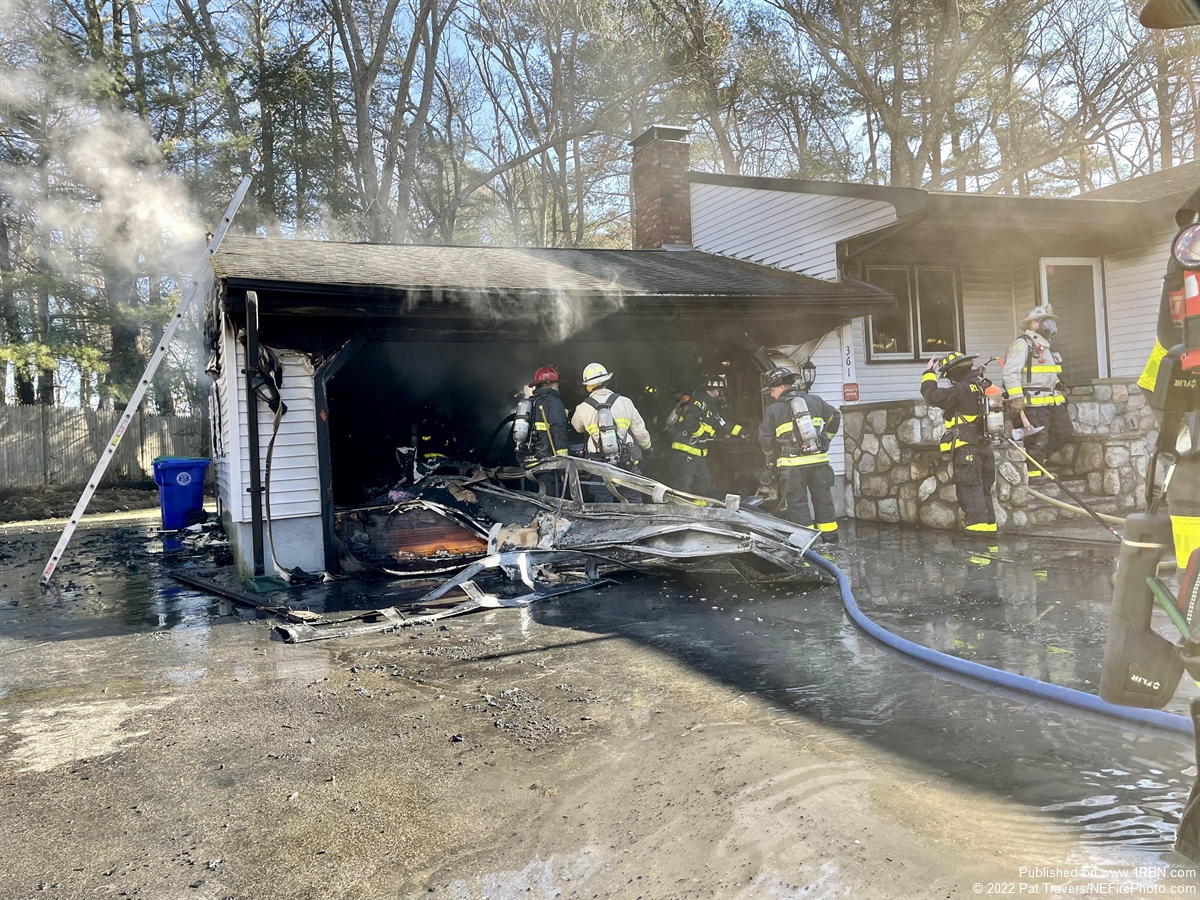 Photo by Pat Travers/NEFirePhoto.comThe fire was primarily contained to the garage area. 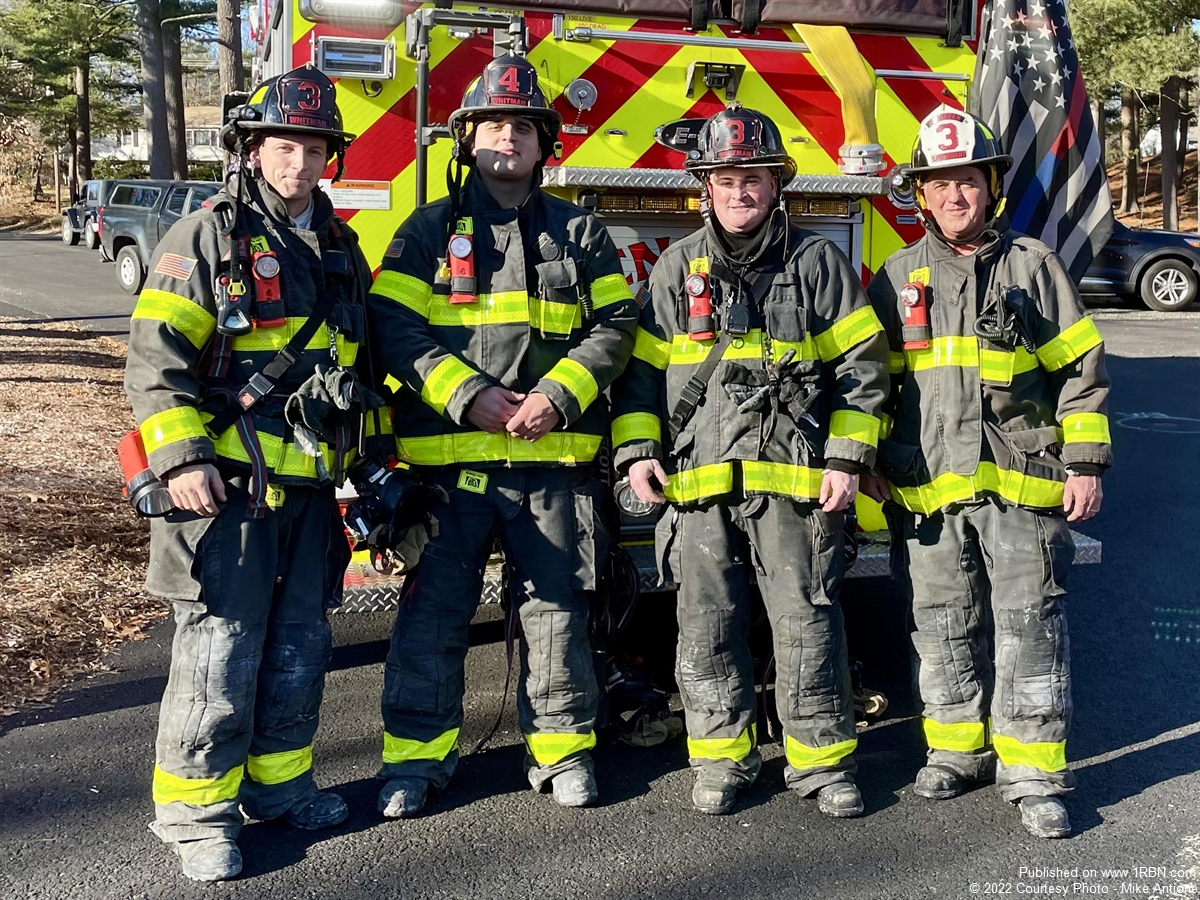 ROCKLAND, MA - Around 12:30 P.M. on the afternoon of Tuesday, January 4th, the Rockland Fire Department responded to 361 West Pleasant Street for a reported building fire. Companies arrived to find fire and smoke showing from a garage attached to a one-story occupied dwelling.

A working fire was requested upon arrival, bringing mutual aid to the scene and to cover. Upon the arrival of Deputy Chief Thomas Heaney, a second-alarm was struck. Companies stretched multiple hand lines and were able to get the heavy body of fire knocked down. Inside the garage, the fire involved a car, boat and several other pieces of equipment.

While the house suffered heat and smoke damage throughout, the fire was primarily held to the garage area. Mutual aid companies from Abington, Hanover, Hingham, Norwell and Whitman worked on-scene, while Holbrook covered the Rockland station. No injuries were reported.