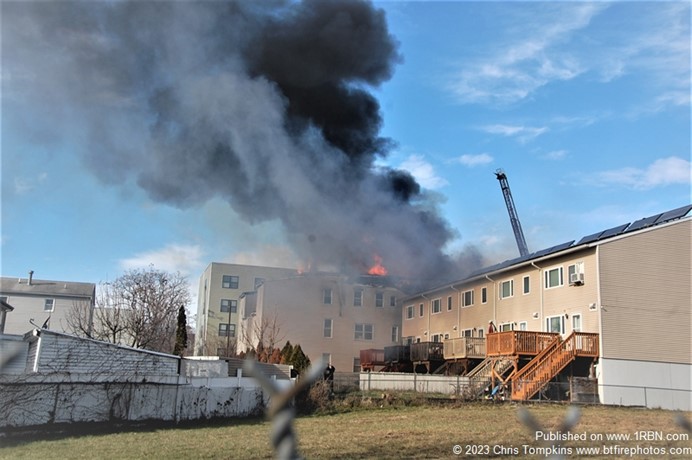 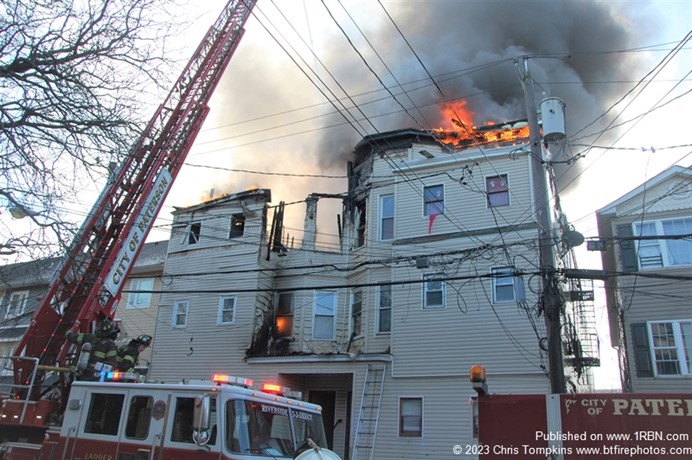 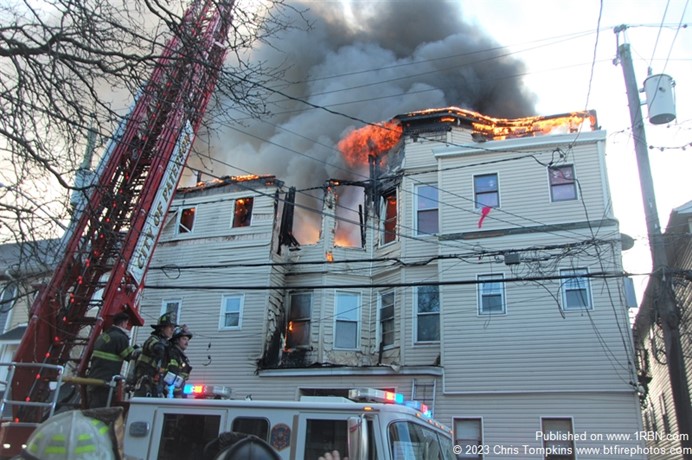 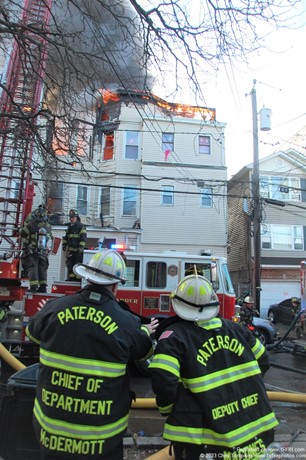 PATERSON, NJ - Ringing in the New Year would be a long and exhausting day for Paterson firefighters as they battled a multiple-alarm fire late Sunday morning, January 1st, in a large multiple-family home.

Firefighters were alerted just after 10:00 A.M. for a reported fire in the 200 block of Hamilton St. Battalion 2 arrived within minutes and reported a large three-story occupied dwelling with fire showing from the top floor and through the roof.

A second-alarm was transmitted on arrival as crews stretched lines for an interior attack, as well as to protect the exposures. Firefighters made an aggressive interior attempt, however command ordered all members out of the building and transmitted a third-alarm as fire continued to burn though the roof and threaten exposures.

Two tower ladders, one ladder pipe and a deck gun were put into operation to knock down the bulk of the fire. Heavy fire would drop down to the first and second floors and be battled from the exterior. A fourth-alarm was transmitted under one hour into the fire as firefighters were heavily engaged on the main fire building.

The 'Bravo' and 'Delta' exposures would suffer minor damage, and the main fire building would be a total loss. The fire was placed under control just over two hours later. No injuries were reported, and the cause of the fire is under investigation. Mutual aid from Haledon, Hawthorne and Woodland Park assisted on the scene.