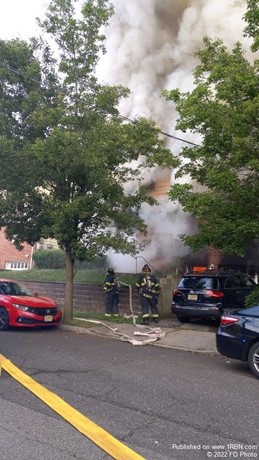 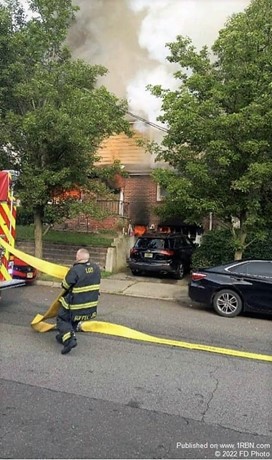 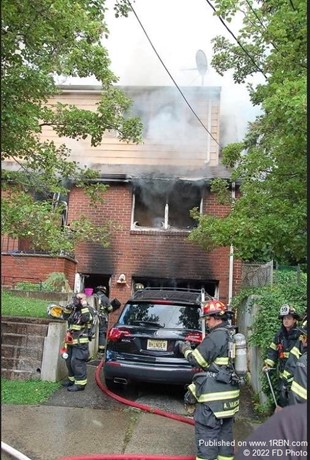 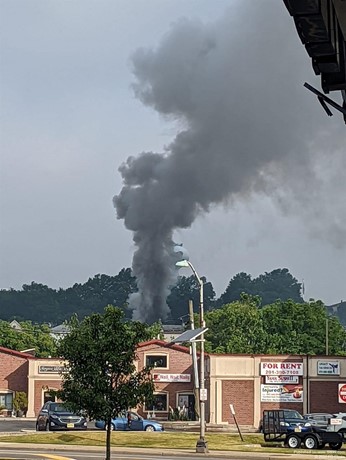 LODI, NJ - On June 24th at 7:45 A.M., Lodi Fire companies were dispatched to the area of Farnham Ave. and Arnot Street for a possible structure fire.

First arriving Assistant Fire Chief Lortz confirmed a working structure fire at 383 with fire showing from several windows in the front of a private dwelling. Seconds later, Ladder 613 and Engine 615 made an aggressive blitz attack to knock down some of the fire as a one-and-three-quarter inch attack line was also being deployed. Engine 614 arrived and set up a water supply to feed Ladder 613.

Crews were evacuated from the structure during firefighting operations as heavy fire extended to the upper floors. Once the bulk to the fire was knocked down, crews reentered the structure to extinguish the rest of the flames. No injuries were reported.

At this time the fire is under investigation by the Lodi Fire Prevention Bureau. Mutual aid from Garfield, Rochelle Park, Saddle Brook, Hasbrouck Heights and Wallington assisted on the scene. (Info for this article provided by Lodi FD.)