Harrison Says Goodbye to a Hero 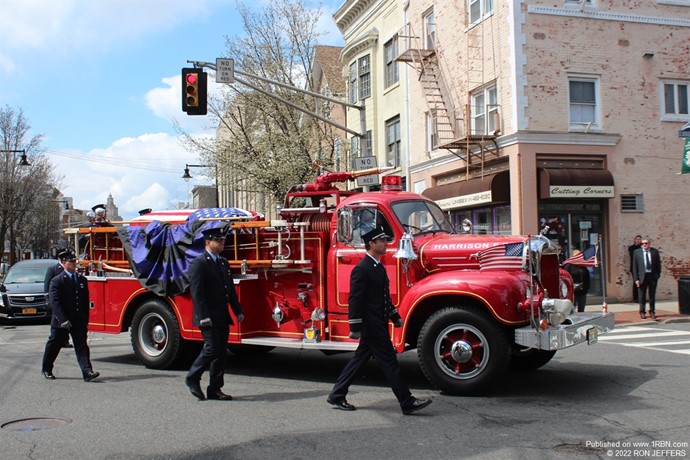 Photo by RON JEFFERSFirefighters from as far as Atlantic City attended the funeral for Harrison Firefighter Vincent Doffont to pay their respects for an American Hero. 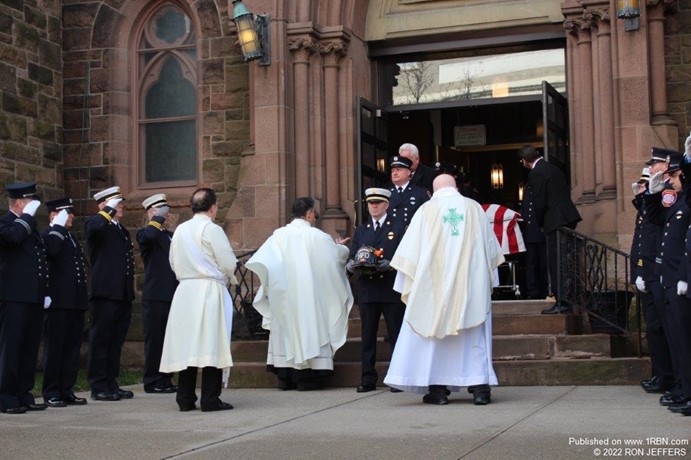 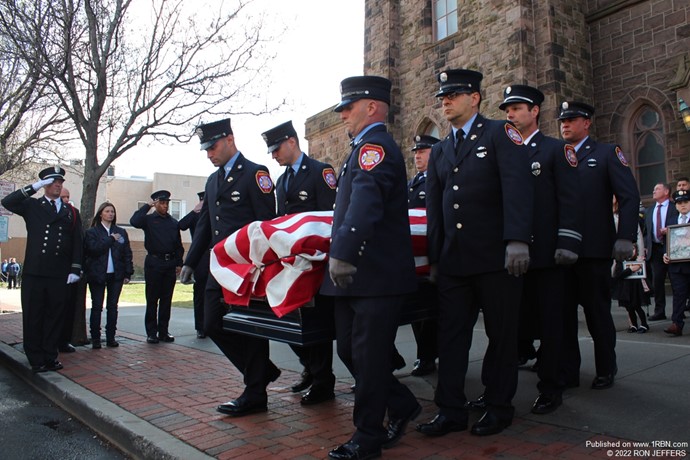 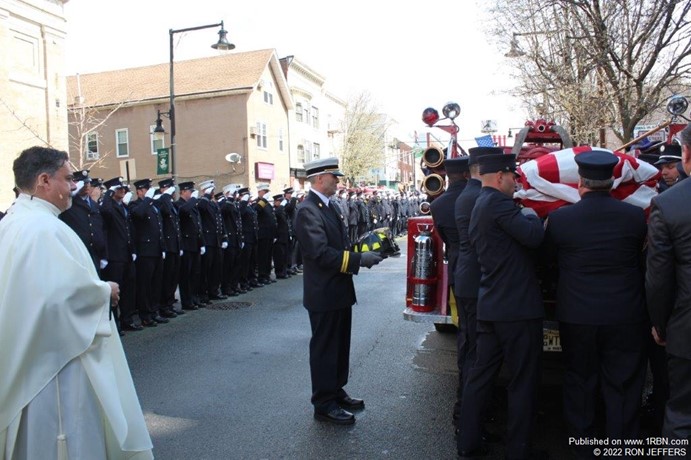 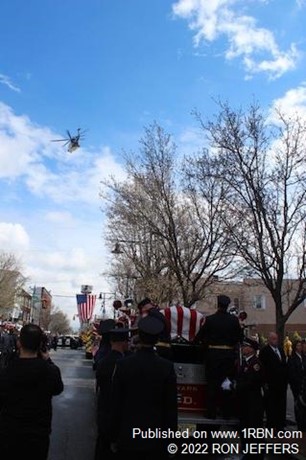 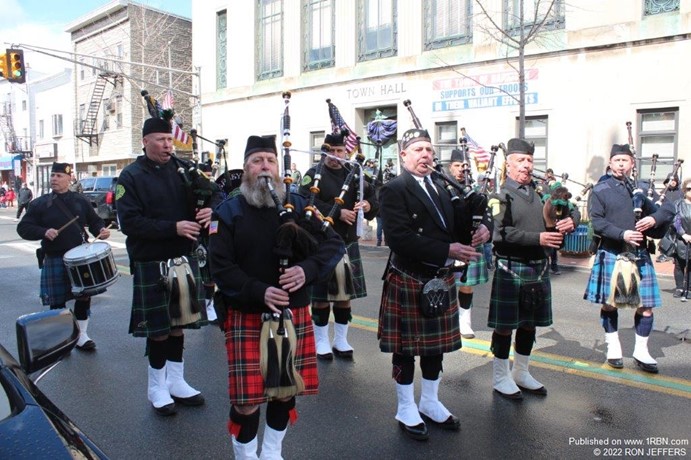 Firefighter Vincent Doffont loved being a firefighter. He also served four years in the U.S. Marine Corps, completing two tours in Iraq and Afghanistan as a rifleman. Before becoming a firefighter, he was a Hudson County sheriff's officer and a Harrison police officer. All of that service, as well as being a husband and father, in just 37-years of life. Firefighter Doffont died in March after suffering an apparent medical episode following training with new recruits, officials said.

Firefighter Doffont had returned to fire headquarters from a training exercise, in a town building, where he assisted new members performing roof ventilation practices. At headquarters, Doffont suffered a medical episode, and he was found unconscious.

On the morning of March 26th, local firefighters assembled with family members and local officials at Holy Cross Church for a departmental funeral. In addition, firefighters attended the funeral from as far as Asbury Park and Atlantic City.

“He had a carefree, give you the shirt off his back way about him that everyone around him gravitated to,” said Deputy Chief Henry Richard.

“He was a go-getter firefighter,” the chief said. “He loved the job. It was a lifelong dream of his to become a firefighter.”