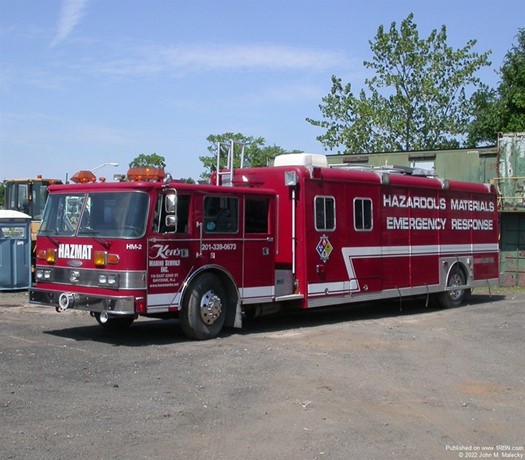 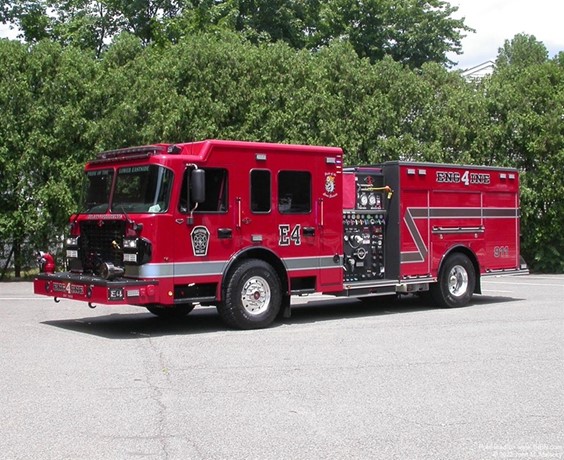 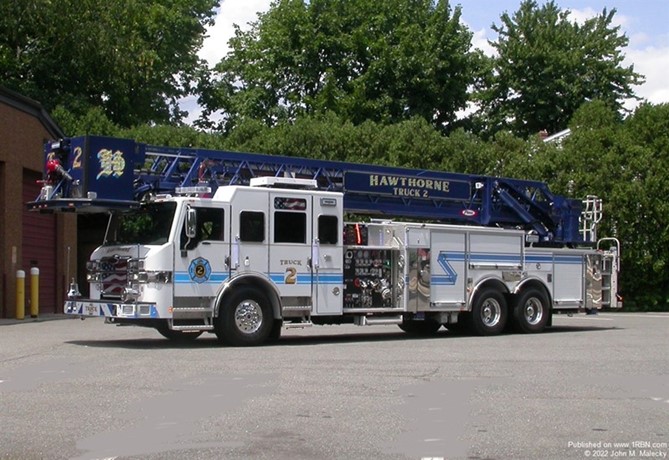 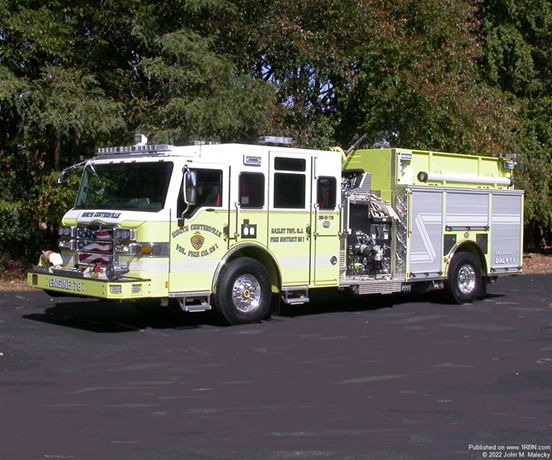 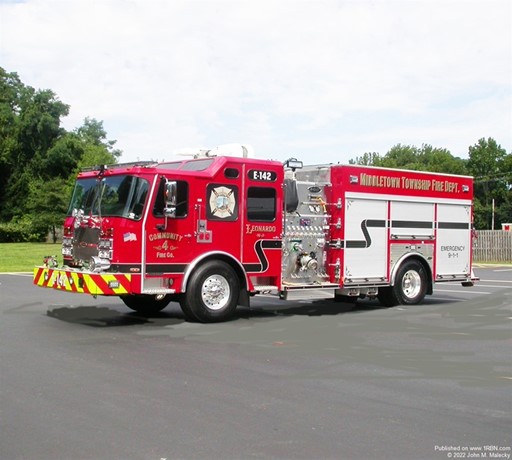 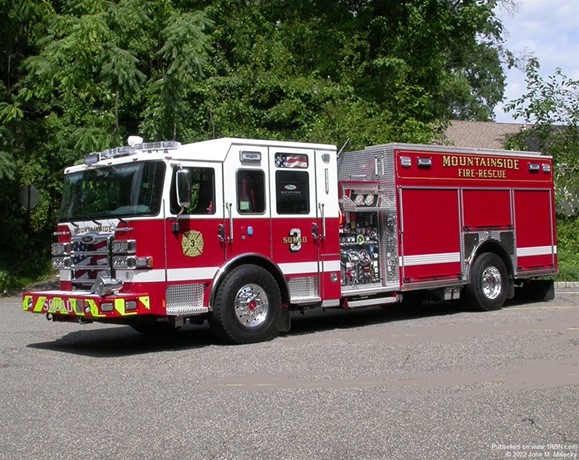 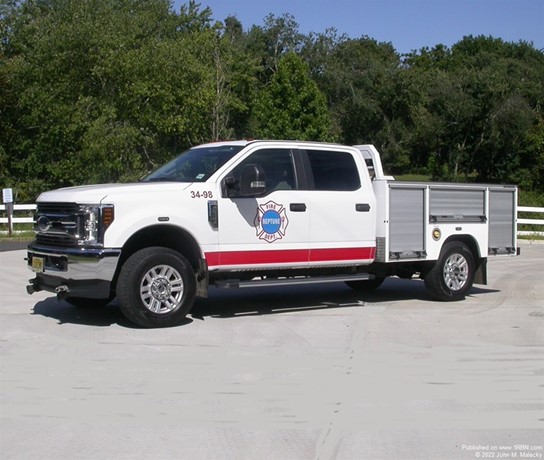 As many know, the Masked Singer is a television program in which contestants (usually entertainers) masquerade in costumes and perform before an audience and a celebrity panel. The object is to finish in first place, which is voted on by the audience, and the panel then tries to guess who the entertainer is. The winner then removes the costume to reveal their true identity. This hazmat truck is a weak analogy of the program because it looks nothing like it started out to be. It is presently owned by Ken’s Marine Service of Bayonne, a company offering hazmat clean up, tank removal, etc. in the New York City harbor and New Jersey areas. I say it is “presently owned” because at the time of this writing it is FOR SALE. That being written, here is the history. It started out as a 1952 American LaFrance “700 Series” 100-foot tiller in the Merion Fire Company in Ardmore, PA, outside of Philadelphia. In 1979, with permission of Fire Commissioner Joseph Rizzo, I photographed all but four of the major apparatus in the Philadelphia Fire Department. I then started photographing apparatus in the surrounding counties. I photographed the Ardmore tiller in 1979. In 1980 they bought a new tiller and eventually sold the 1952 to Huber Heights, Ohio. In Ardmore it was red in color. Coincidently in 1985 while attending the fire buff convention in Columbus, Ohio, I stopped at Huber Heights and found a yellow 100-foot tiller with a Pierce Arrow cab and discovered that this was the Ardmore truck. A few years ago I found this truck (as shown) at Ken’s and saw the Huber Heights plate on it. This started my detective work which revealed that in 1995 Huber Heights had the ALF tractor frame extended by the Ideal Beverage Company and a body was installed to create a hazmat vehicle. In 2000, Peotone, Illinois bought the truck and had it repainted red and modified by a company named RPI. Ken’s eventually bought the truck at an auction. Hence we have a tiller masqueraded as a hazmat!

VCI Emergency Vehicle Specialists reports the following ambulance deliveries: to On Time Ambulance in Roselle (Union County) an AEV DR90 stock remount on a Ford e-350 chassis; to the Hampton Lakes Emergency Squad in Vincentown (Burlington County), a Horton 623 stock remount onto a Ford F-550 4x4 chassis and to the Winslow EMS in Camden County Horton 523 on a Ford E-450 chassis.

New Jersey Emergency Vehicles has delivered to the City of Clifton Fire Department (Passaic County), a P.L. Custom, Medallion, Type III ambulance on a Ford E-450 chassis. Also, they have delivered to the Hopelawn FC in Wood Bridge Township (Middlesex County) a Rescue 1 heavy rescue with a Spartan Gladiator chassis. It has a six seat cab and an 18-foot nine-inch aluminum body.