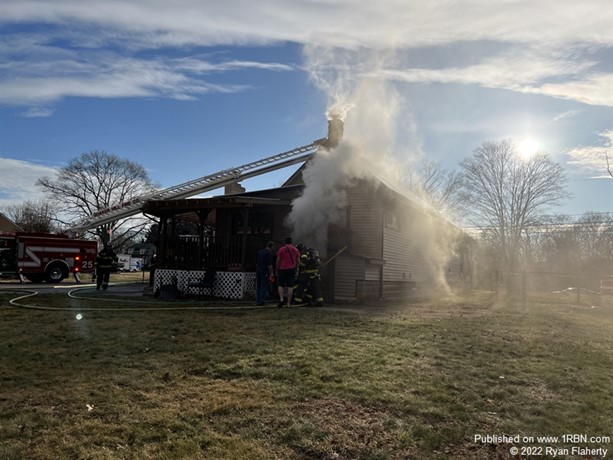 Photo by Ryan FlahertyCrews stretching the second line through the rear basement door. 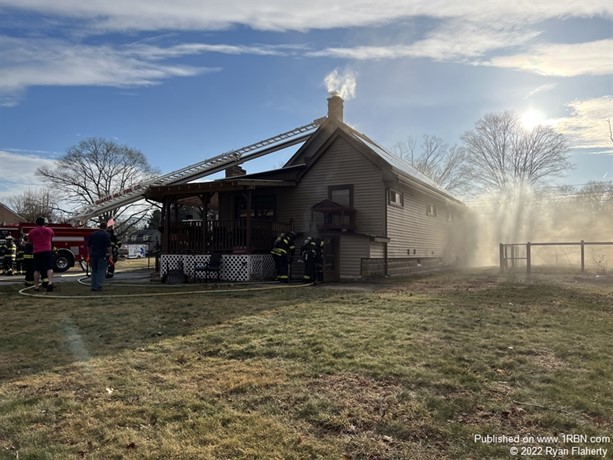 Photo by Ryan FlahertyTruck 25 flew to the roof in case vertical ventilation was needed. 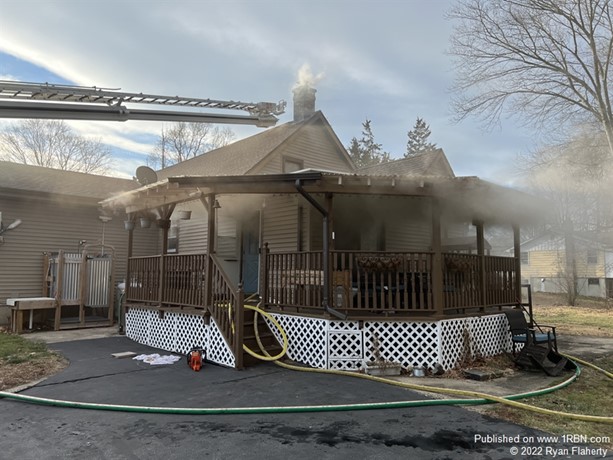 Photo by Ryan FlahertyTruck 15 took a line into the first floor while checking for extension. 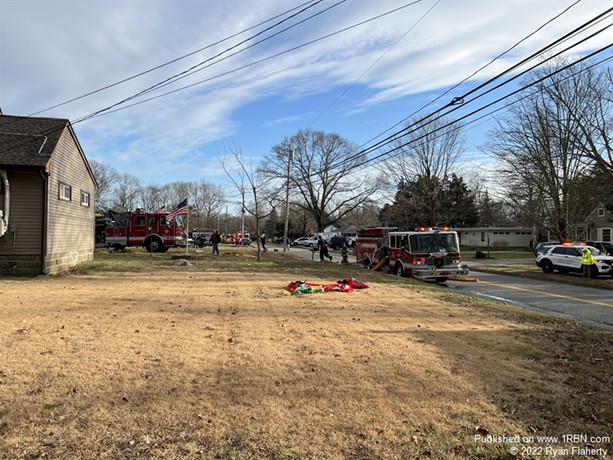 Photo by Ryan FlahertyEngine 21 set up in front of the house. 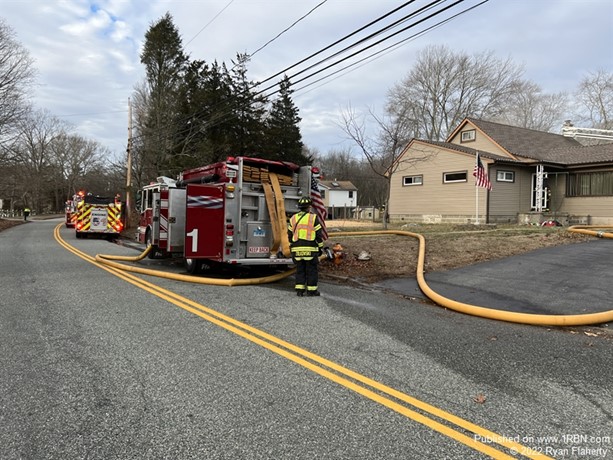 Photo by Ryan FlahertyEngine 21 had their own hydrant. 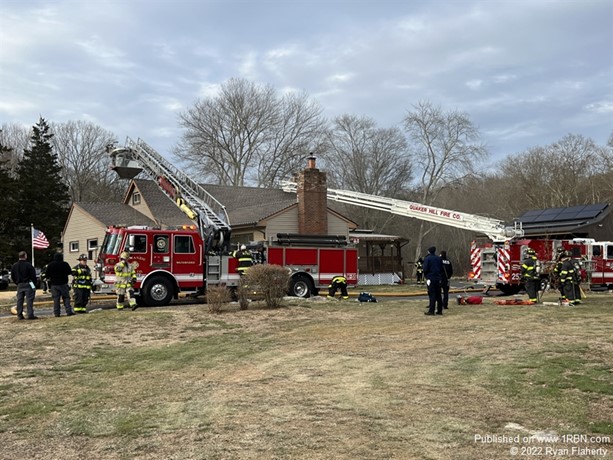 Photo by Ryan FlahertyTrucks 25 and 55 set up in the driveway. 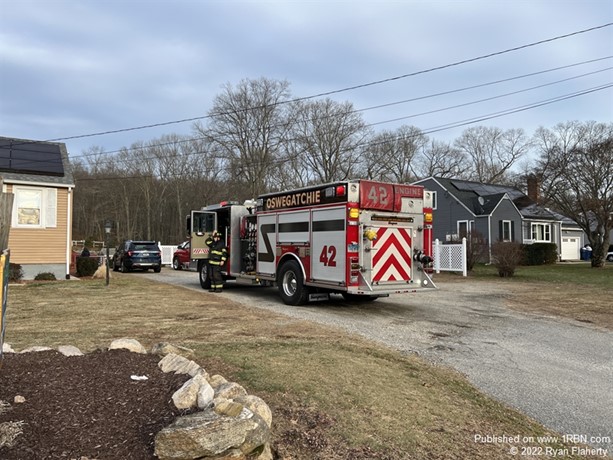 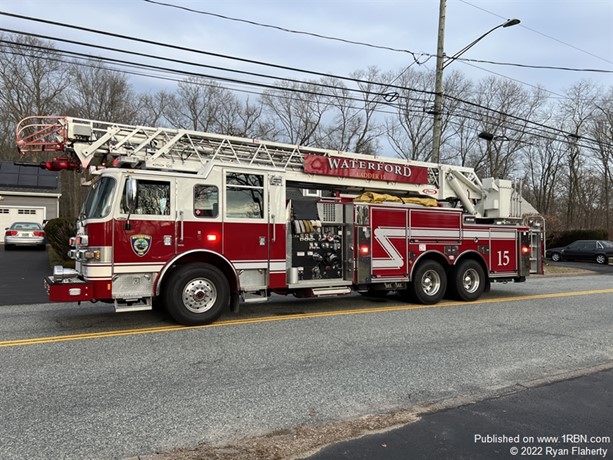 WATERFORD, CT - At 2:24 P.M. on Wednesday, December 28, 2022, the Quaker Hill and Cohanzie Fire Departments were dispatched to 83 Old Colchester Road for a house filling with smoke. W-29 said he had a working basement fire at 2:27 P.M., which initiated the town wide response. An assignment from Montville and the New London FAST were also started. Engine 21 arrived and stretched a one-and-three-quarter inch hose line through the rear basement door.

Truck 25 positioned in the driveway on the 'Charlie/Delta' corner and flew their stick to the roof. Engines 11 and 51 stretched a second line from Engine 21 and advanced into the basement. Crews made a push from the rear where they found active fire in the basement. Truck 55 backed into the driveway and set up on the 'Alpha/Delta' corner. Engine 42 provided manpower to help overhaul and vent the basement. Truck 15’s crew stretched a crosslay from Truck 25 into the first floor where they found a heavy smoke condition. A crew then hand jacked a five-inch supply line from Engine 21 to Truck 25.

Waterford Ambulance stood by on scene and the Waterford Fire Marshal’s Office is investigating.