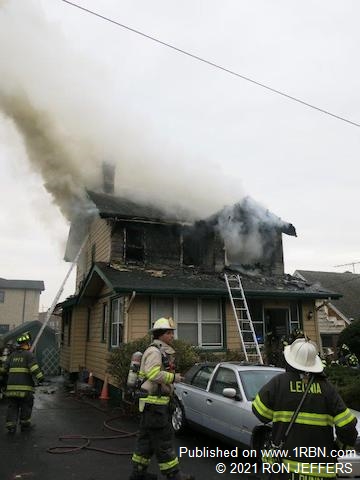 Photo by RON JEFFERSFirefighters exit the front door as conditions began to deteriorate and a report of interior stairs compromised during the dwelling fire in Palisades Park, November 28th. 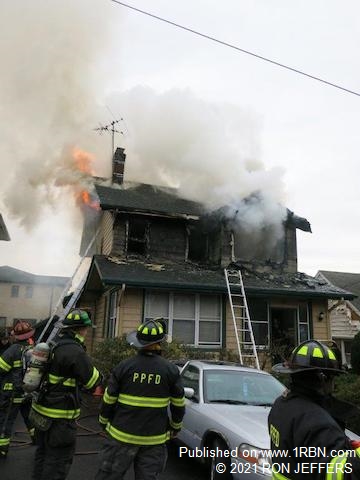 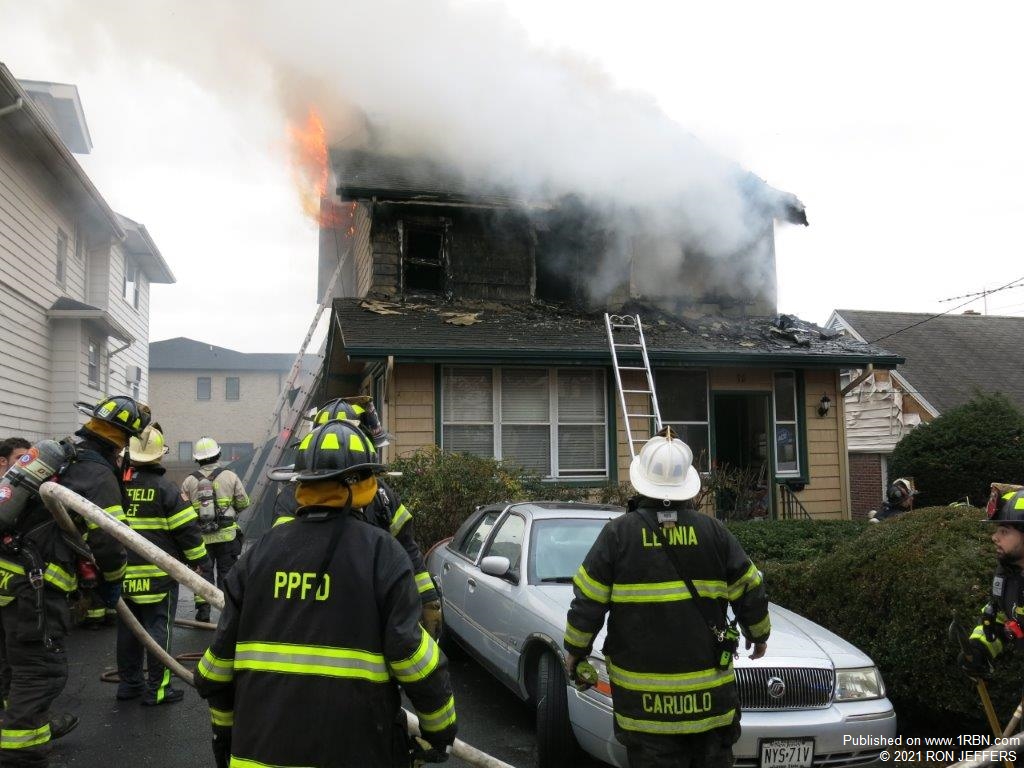 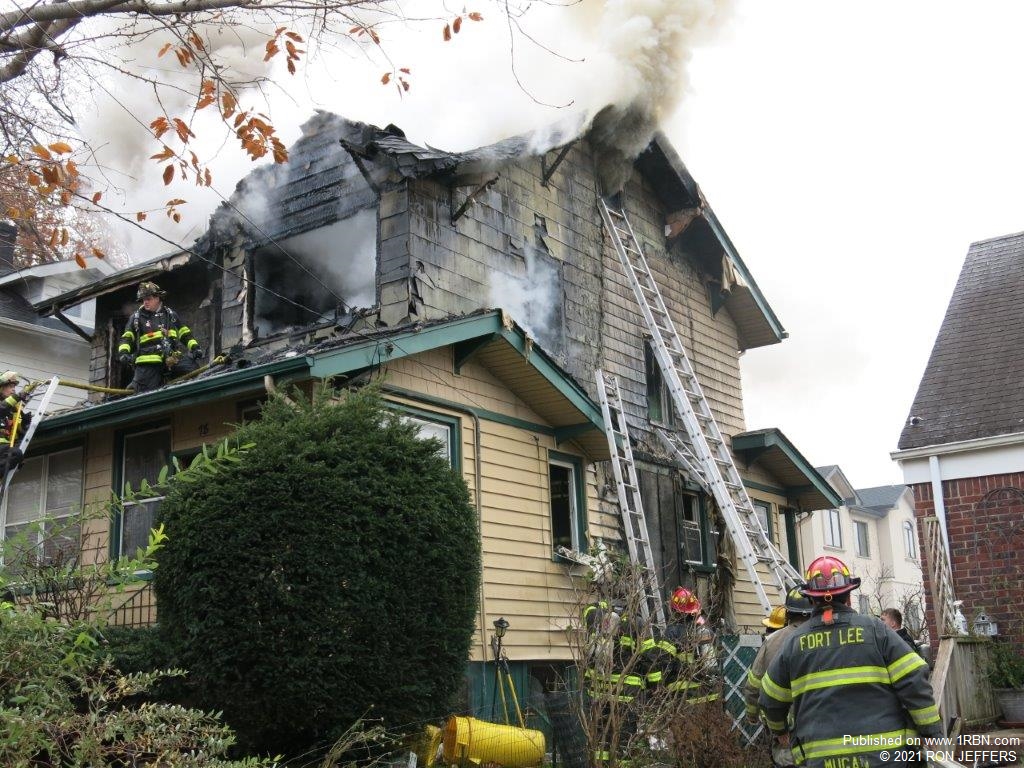 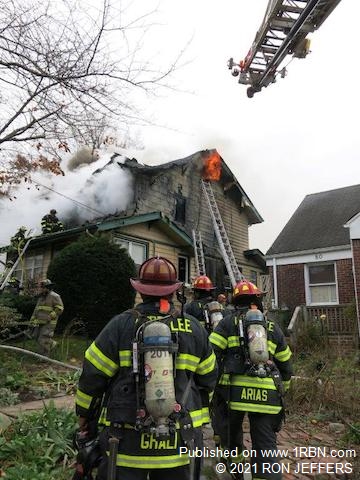 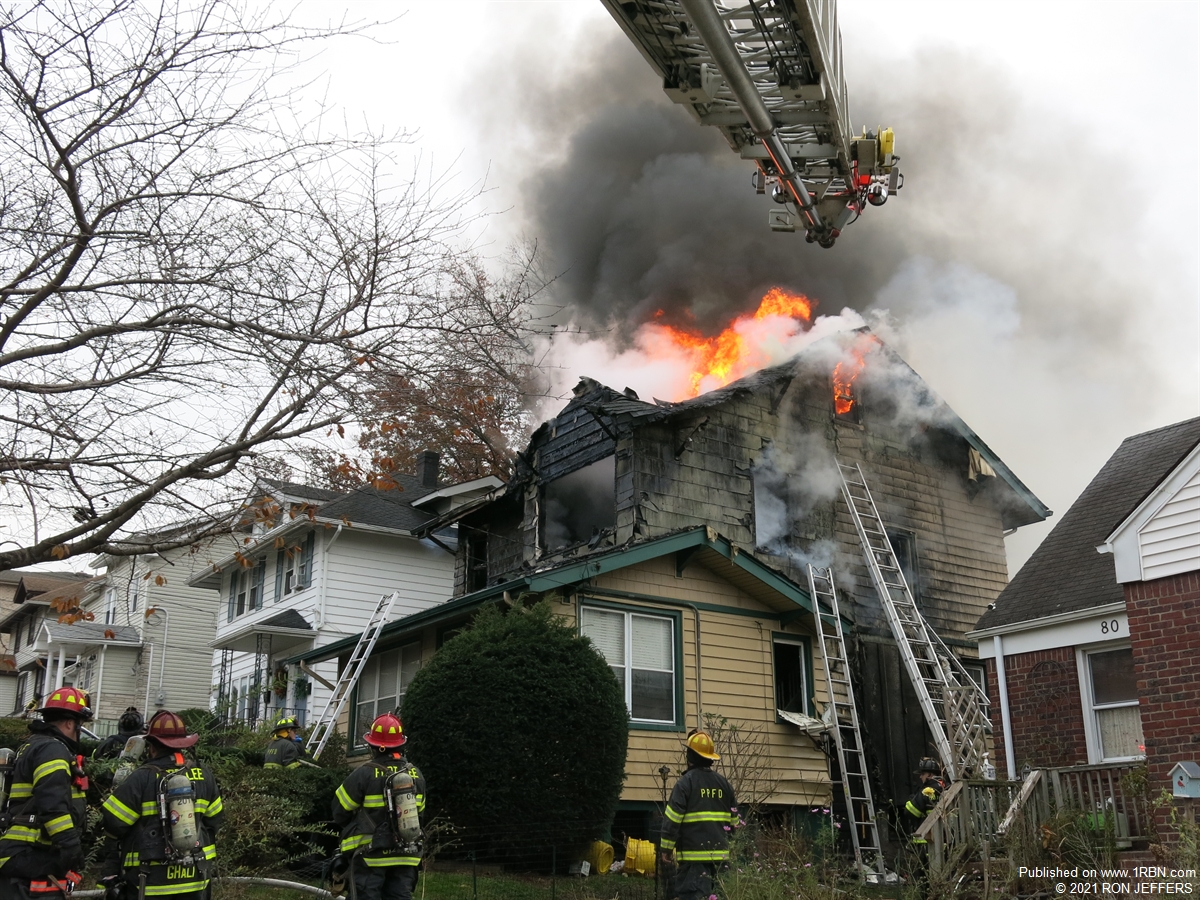 Photo by RON JEFFERSFlames break through the roof during a stubborn dwelling fire on West Harwood Terrace in Palisades Park, November 28th. 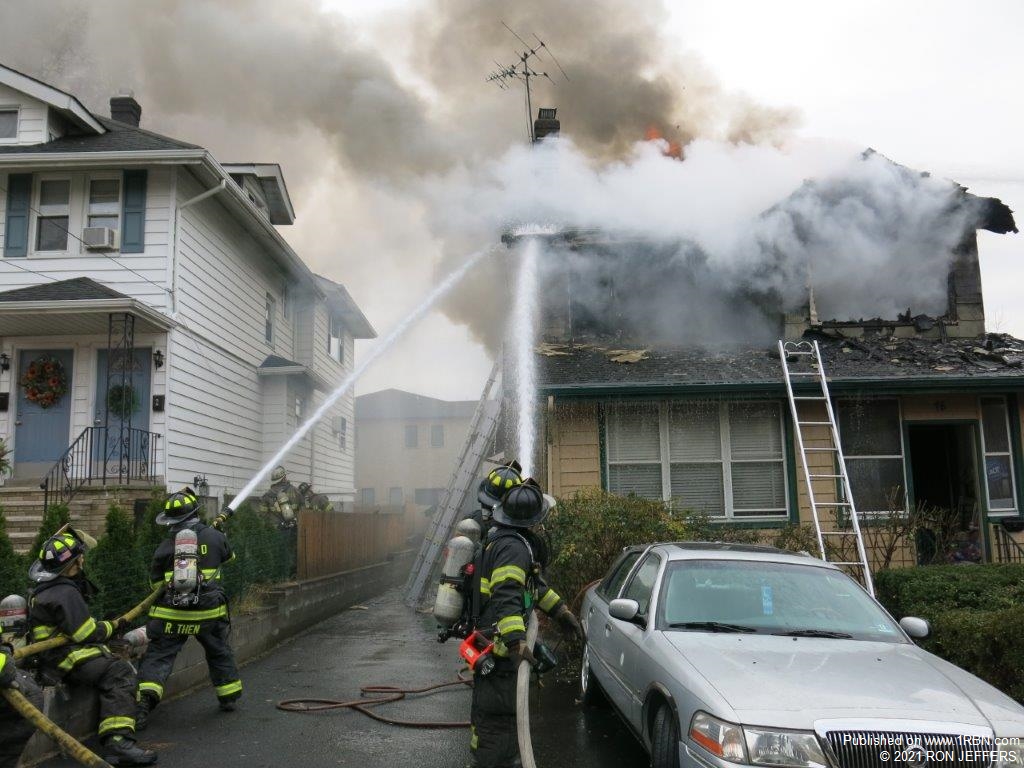 The alarm was transmitted around 1:00 P.M., bringing out all of the borough's fire companies. Fire was showing from the front of the occupied two-and-a-half story, wood-frame dwelling. Firefighters lined in and mutual aid was summoned from Ridgefield, Fort Lee, Leonia and Fairview.

A view from the open front door showed a collection of debris at the entrance leading into the home. Hand lines were deployed and some headway on flames was in effect. One occupant was reported removed from the home.

Heavy smoke continued pushing from the building, that was visible in the sky by commuters on Route 46 in Lodi. The interior stairs appeared to be compromised as conditions began to deteriorate. Ground ladders were ordered set up around the structure for egress. Members were ordered to evacuate the building, and a PAR was conducted. Flames then appeared from the second-floor and attic areas.

Due to overhead power lines, so common in this part of New Jersey, Ladder 1, positioned in front of the building, was unable to use its aerial ladder. Fort Lee Ladder 1 was located on the 'D' side of the fire building, on the hilly street. That company was able to maneuver their truck at the curb and raised their aerial ladder below power lines to the structure. For a while, the ladder pipe was charged, followed by firefighters climbing the ladder to use hooks.

Heavy smoke pushed out of the building for a time, as well as flames. Numerous hand lines were utilized from the exterior to assist in knocking down the fire. The incident was placed under control around 2:40 P.M.

At the scene, two firefighters were seen being treated by EMS for non-life-threatening injuries. In addition, Teaneck's Box 54 Club canteen unit was on the scene and set up a rehab station on the chilly and gloomy afternoon.