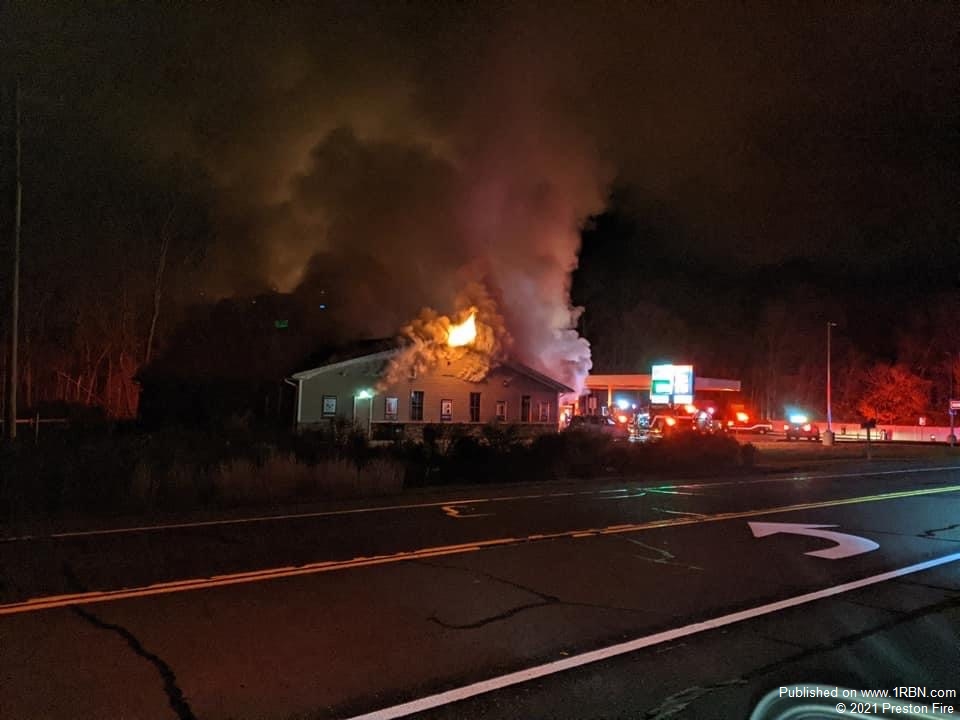 Photo by Preston FireFire showing from the gable of the "Bravo" side. 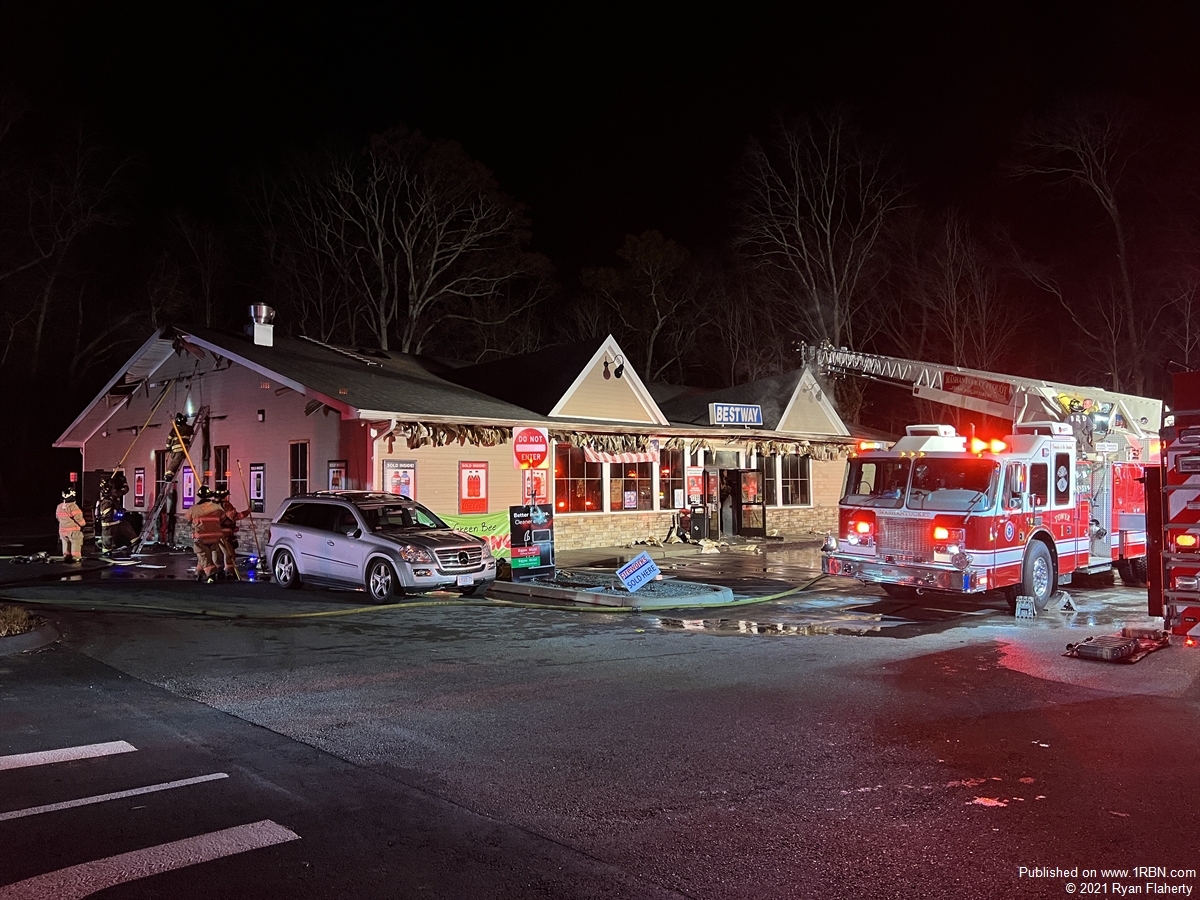 Photo by Ryan FlahertyMashantucket Tower 1 set up in the front. 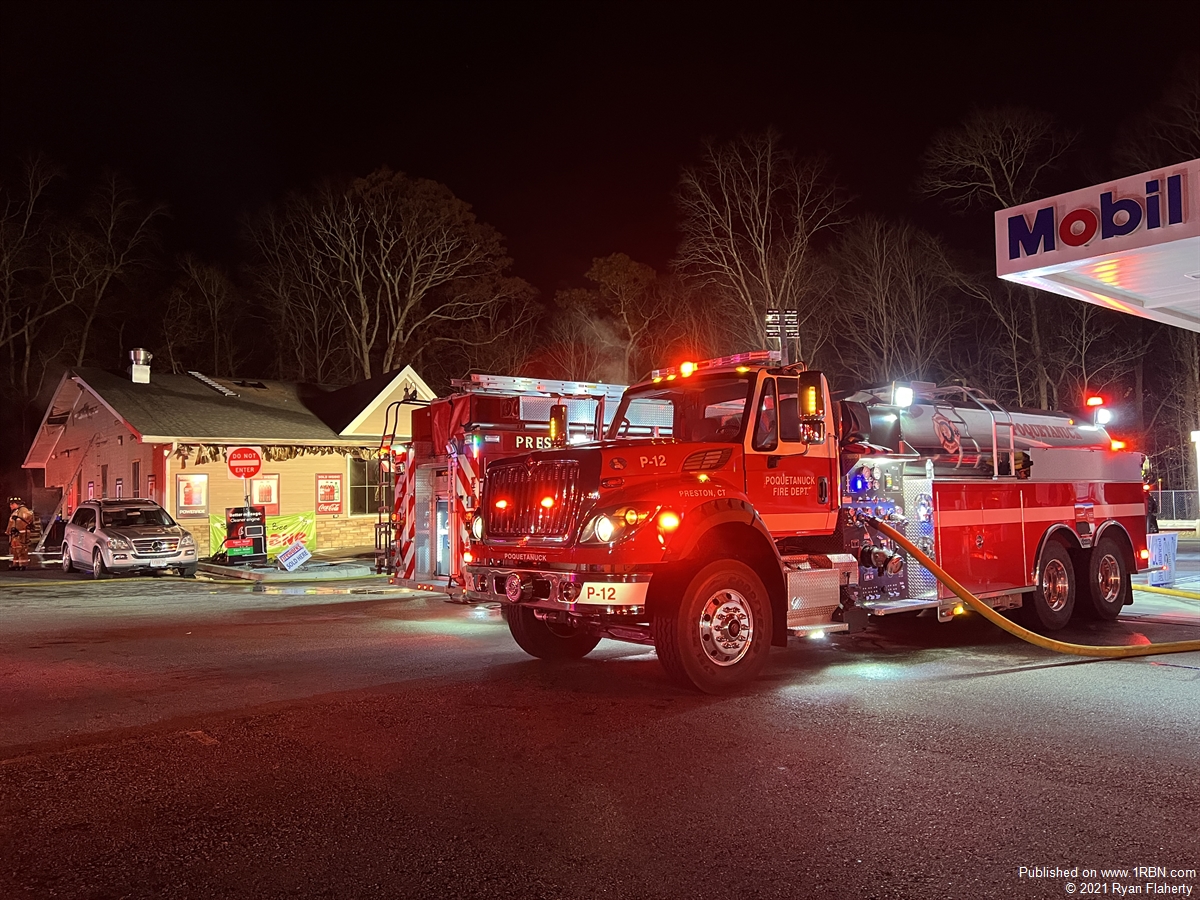 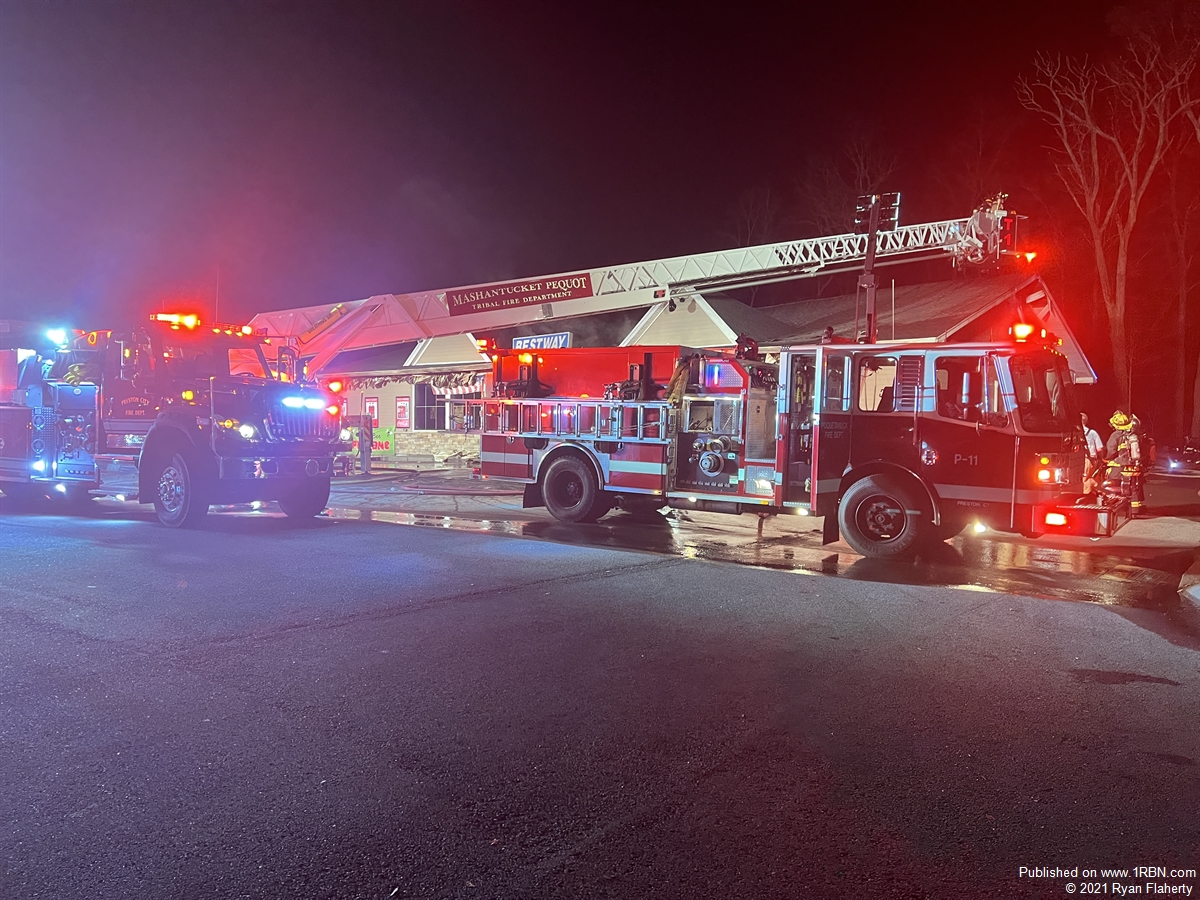 Photo by Ryan FlahertyPoquetanuck Engine 11 with Preston Tanker 22 with Tower 1 in the background. 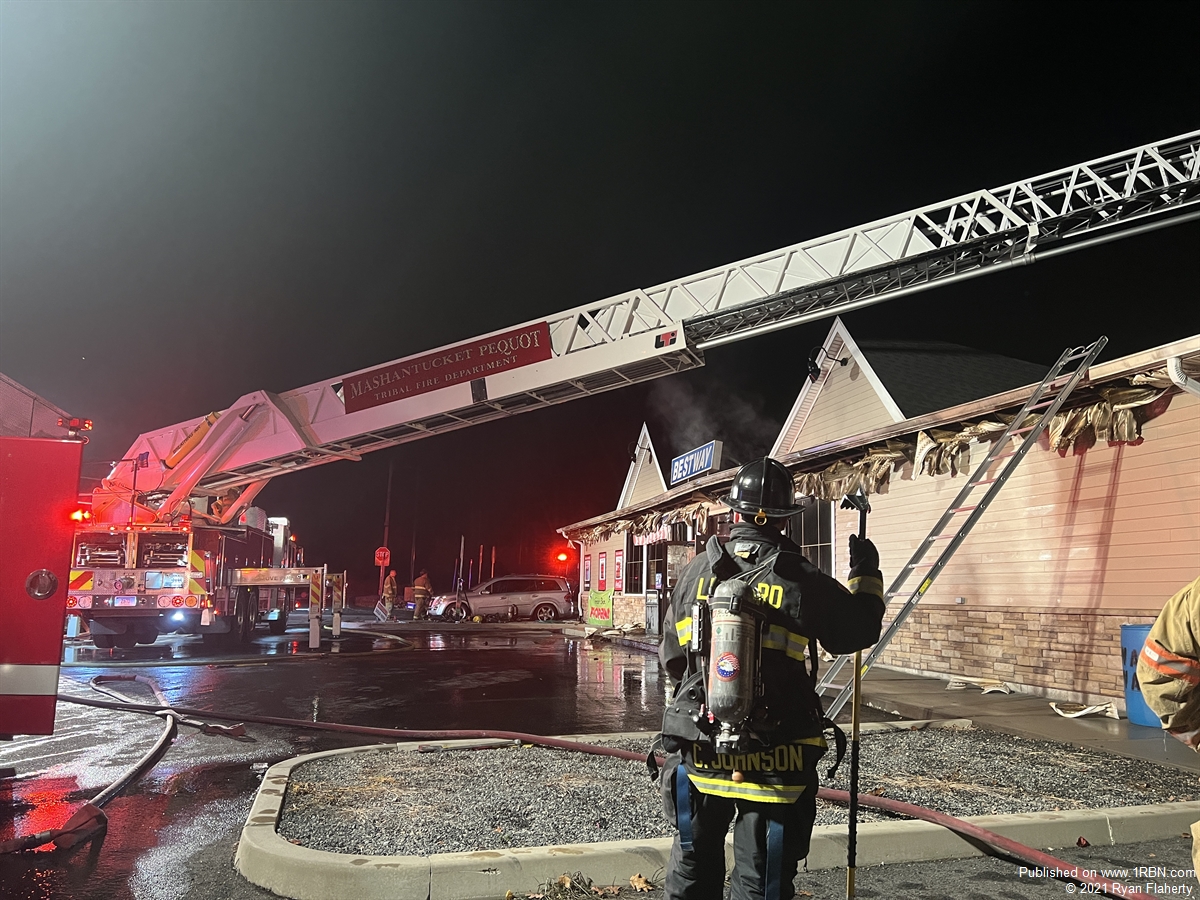 At 2:19 am on Wednesday, 11/10/2021 the Preston Fire Department was dispatched to 397 Route 2, the Mobil Gas Station for smoke coming from the building. Poquetanuck Engine 11 arrived at 2:26 with heavy smoke showing from the store and transmitted a working fire which started Norwich Engine 2, Mashantucket Engine 2, the Mohegan Tribal FAST and an American Ambulance. Preston crews stretched two 1.75” hose lines through the front door where they were met with a good amount of fire inside of the store. Preston Chief Tom Casey established command and told Mashantucket’s crew to perform vertical ventilation while the Norwich crew assisted with the primary search and suppression. At 2:39, Gales Ferry & Ledyard were added for their engines and tankers. Even though there was a car parked next to the store, the primary search was negative. The drop ceiling came down while members were operating inside and with the truss construction, command decided to evacuate the crews from the building. Crews continued fighting the fire from the exterior while tankers nursed Engine 21. Mashantucket’s Tower 1 was then added to the assignment and assisted with overhaul. Griswold Engine 155 covered Preston’s station while Norwich Engine 3 covered Poquetanuck’s station. There were no injuries and the Preston Fire Marshal’s Office is investigating.