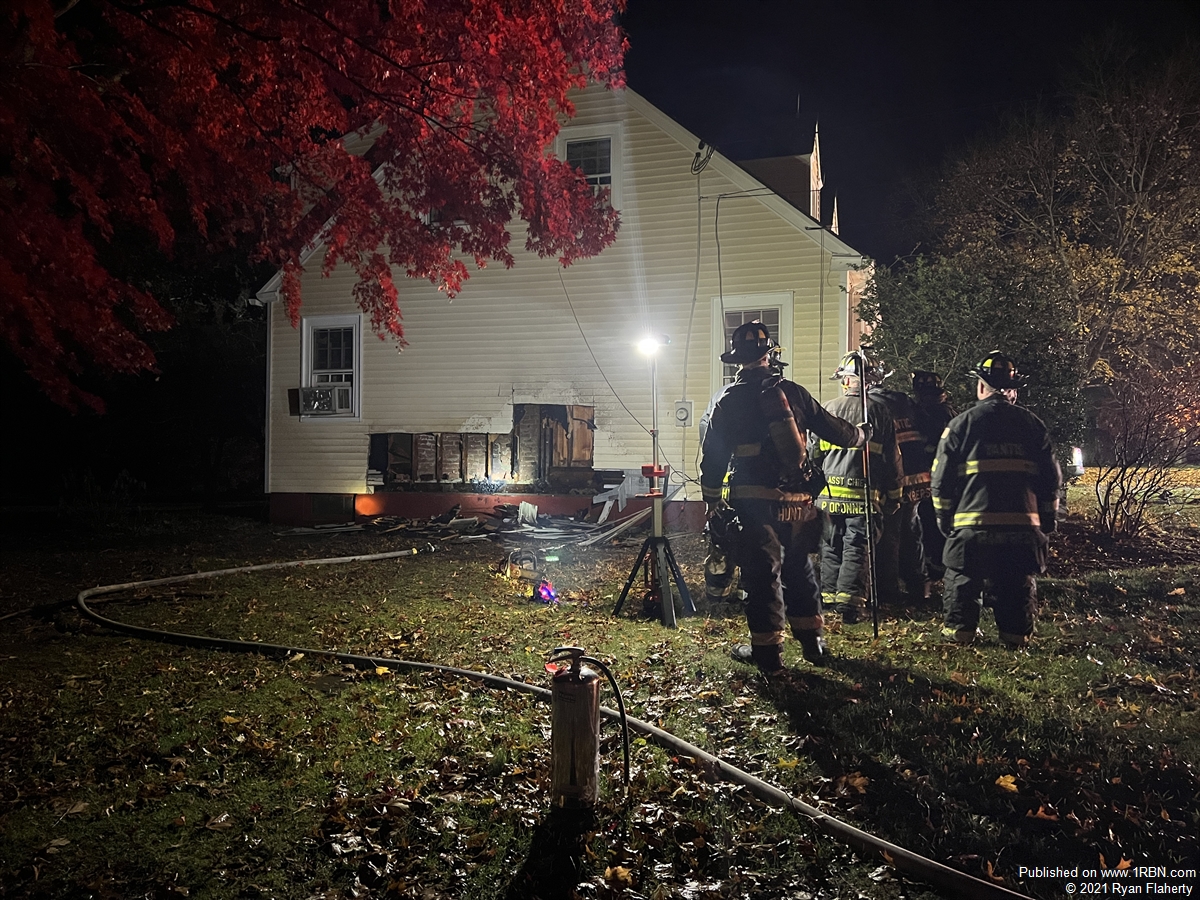 Photo by Ryan FlahertyCrews opened the wall on the "Bravo" side of the house and extinguished the fire. 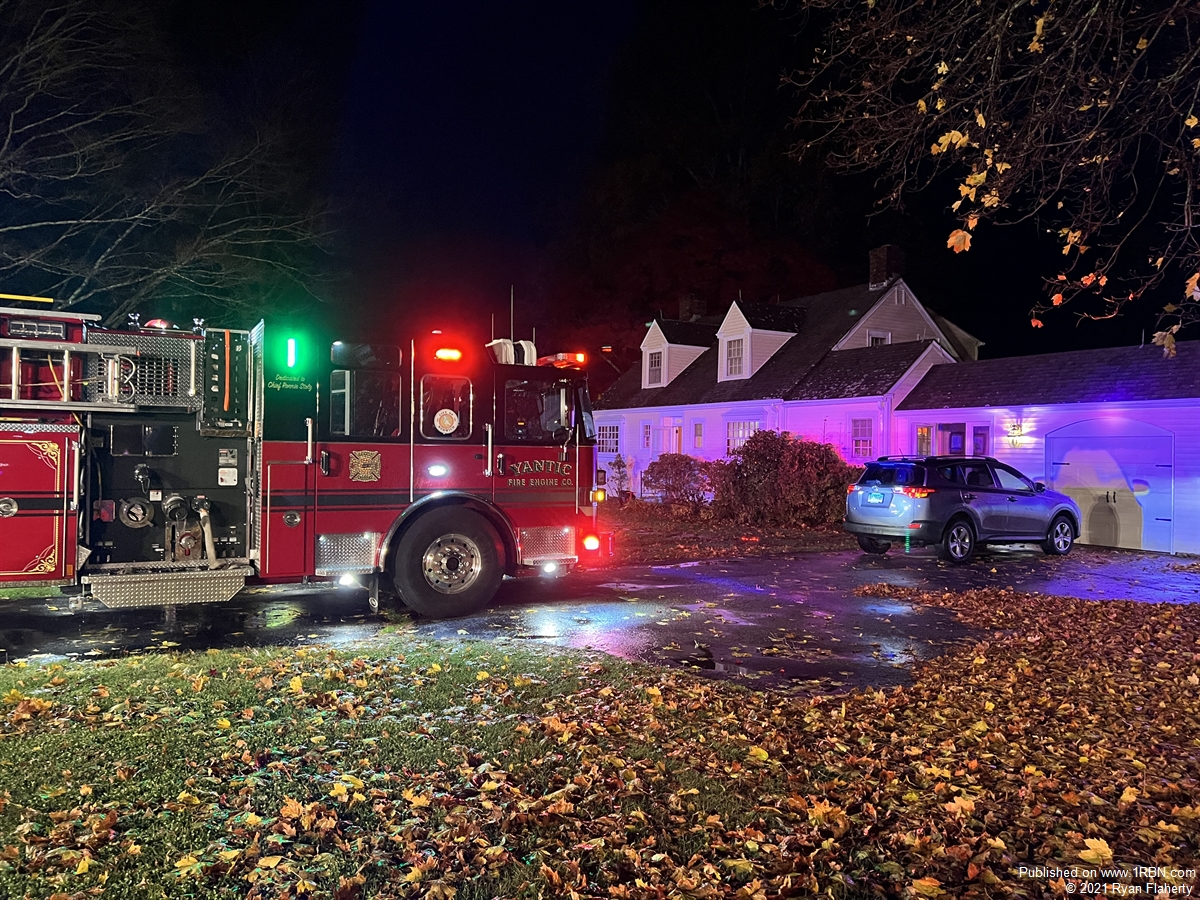 Photo by Ryan FlahertyEngine 31 a 2019 Pierce Enforcer in the driveway. 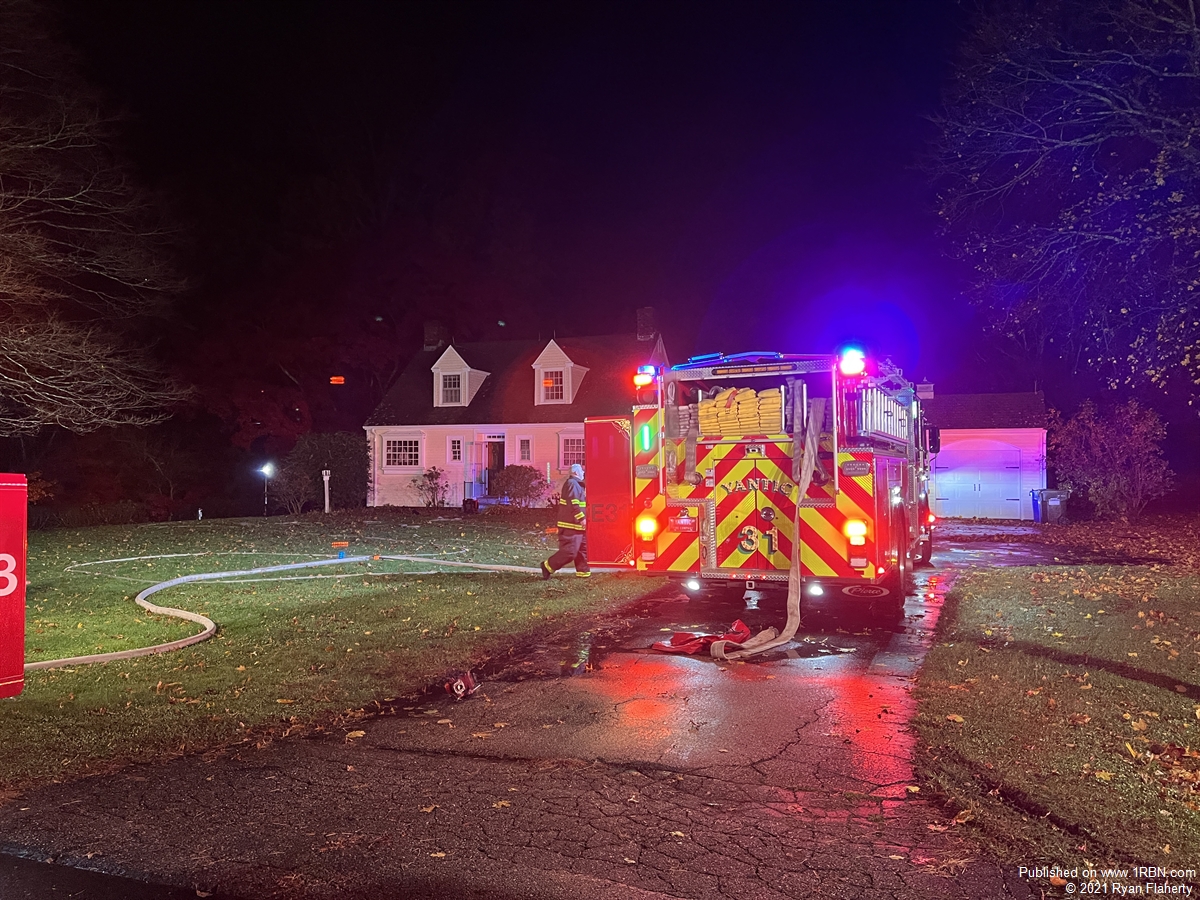 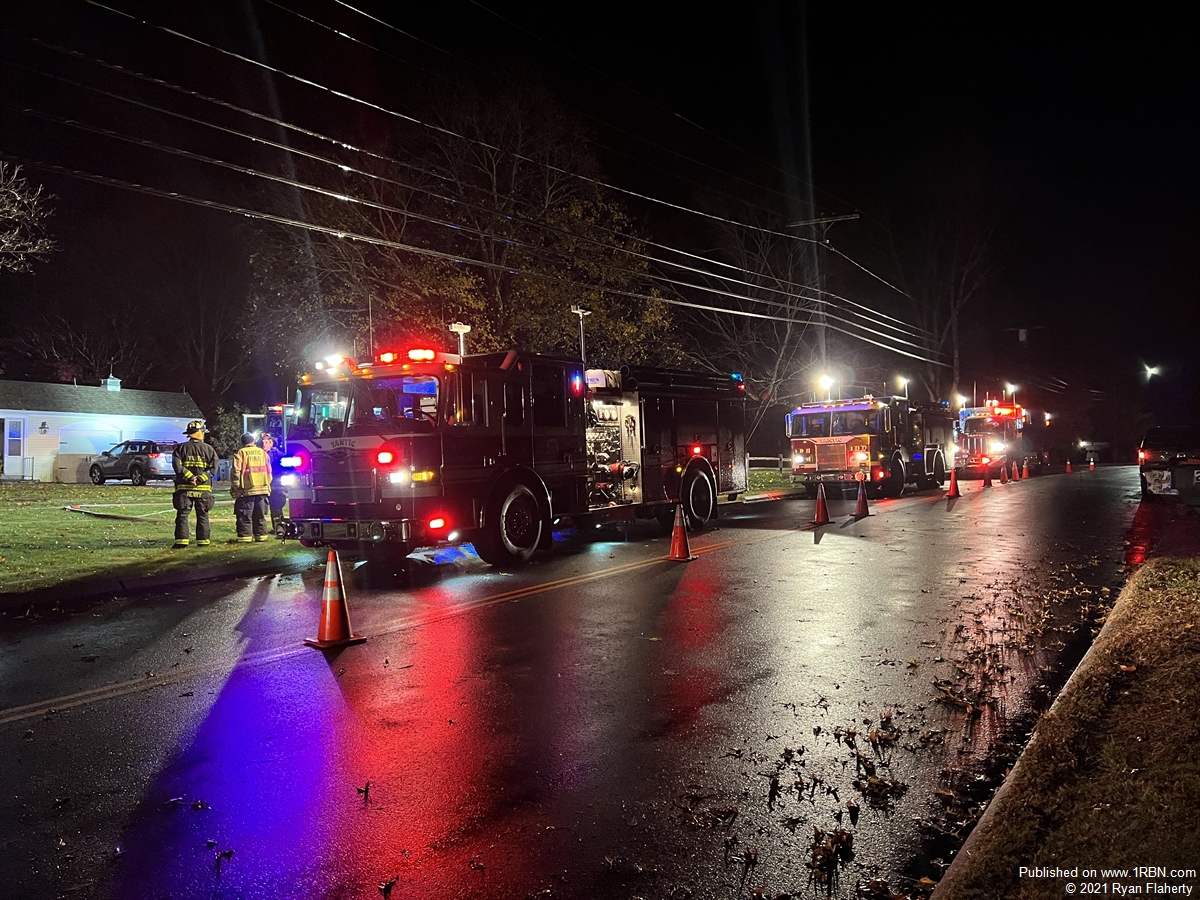 Photo by Ryan FlahertyEngines 33, 32 and Rescue 3.

At 5:22 pm on Saturday, 11/13/2021 the Yantic Fire Company was dispatched to 262 Scotland Road for a house possibly struck by lightning with smoke coming from the basement. Assistant Chief O’Connell arrived at 5:25 reporting light smoke from the Bravo side of a 2 story wood frame house. Shortly after, he reported fire showing from the exterior wall and transmitted the working fire which added the Mohegan Tribal FAST. Engine 31 arrived at 5:30 and stretched a 1.75” hose line to the “Bravo side” where they darkened down the fire and opened the wall. Engine 33 arrived next and tied into Engine 31 with a three inch hose line. The crew stretched a dry line to the interior but luckily was not needed. Crews were on scene for about an hour overhauling and ventilating. Companies from East Great Plains, Taftville, Occum, Bozrah and the Mohegan Tribal FAST were staged and ended up handling other calls in Yantic’s district. There were no injuries and the Norwich Fire Marshal’s Office is investigating.