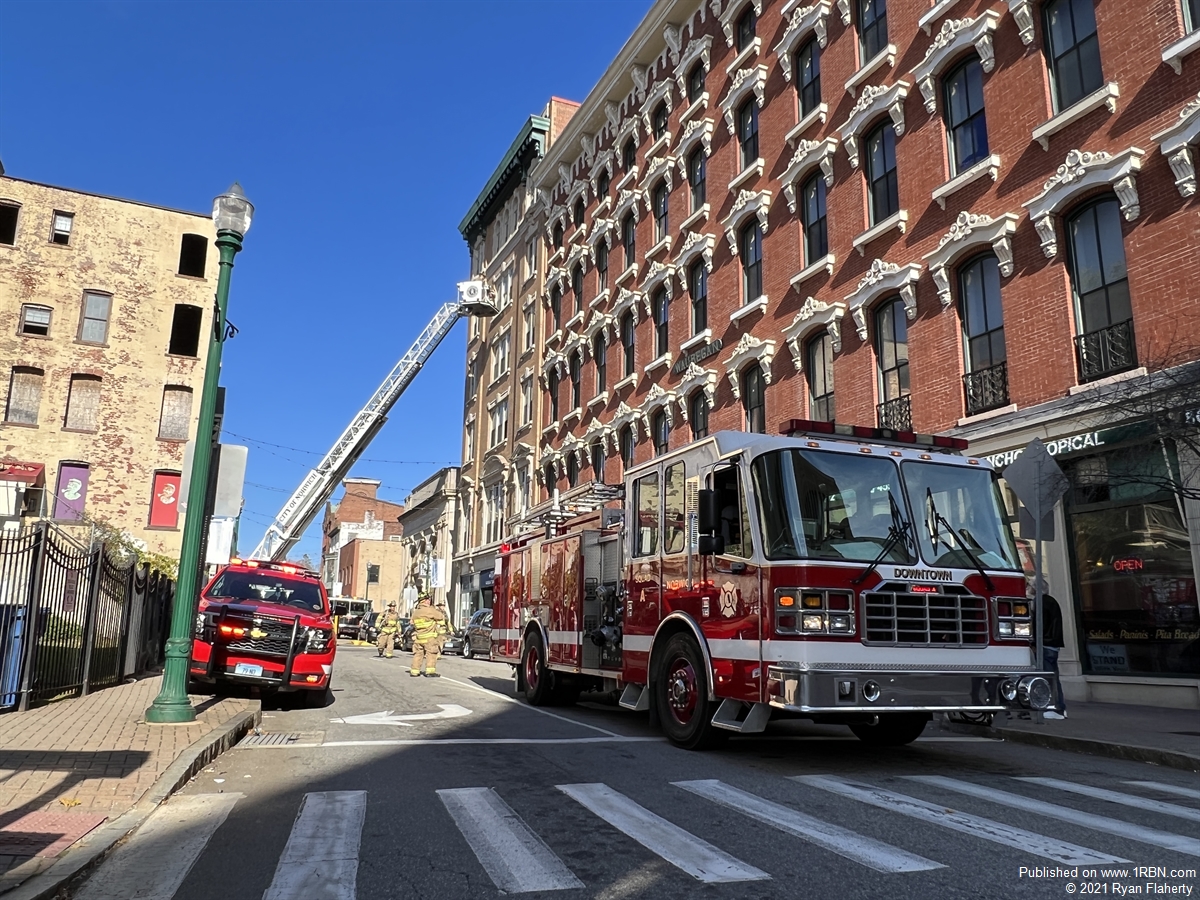 Photo by Ryan FlahertySquad A, a 2001 Ferrara, was the first-due pumper. 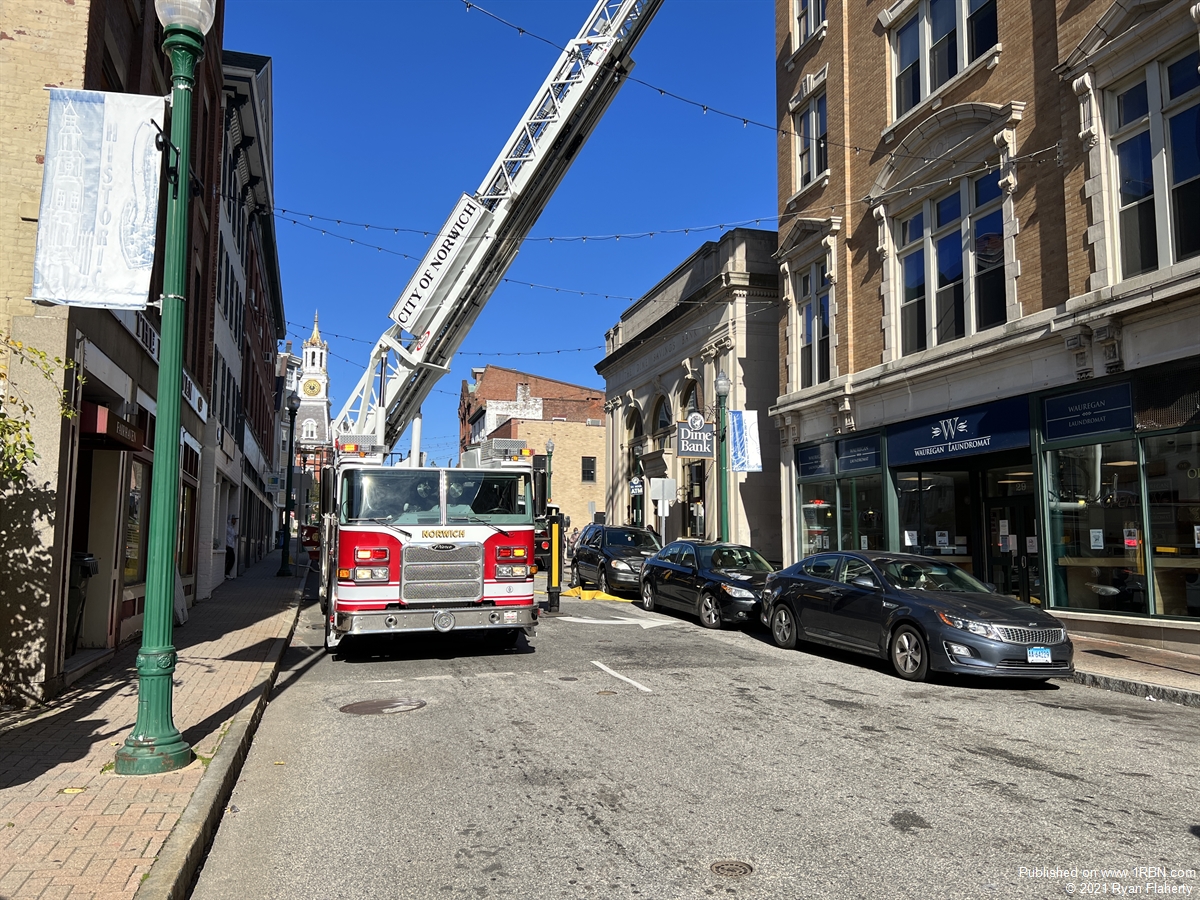 Photo by Ryan FlahertyTruck 1, a 2010 Pierce Arrow set up in the front. 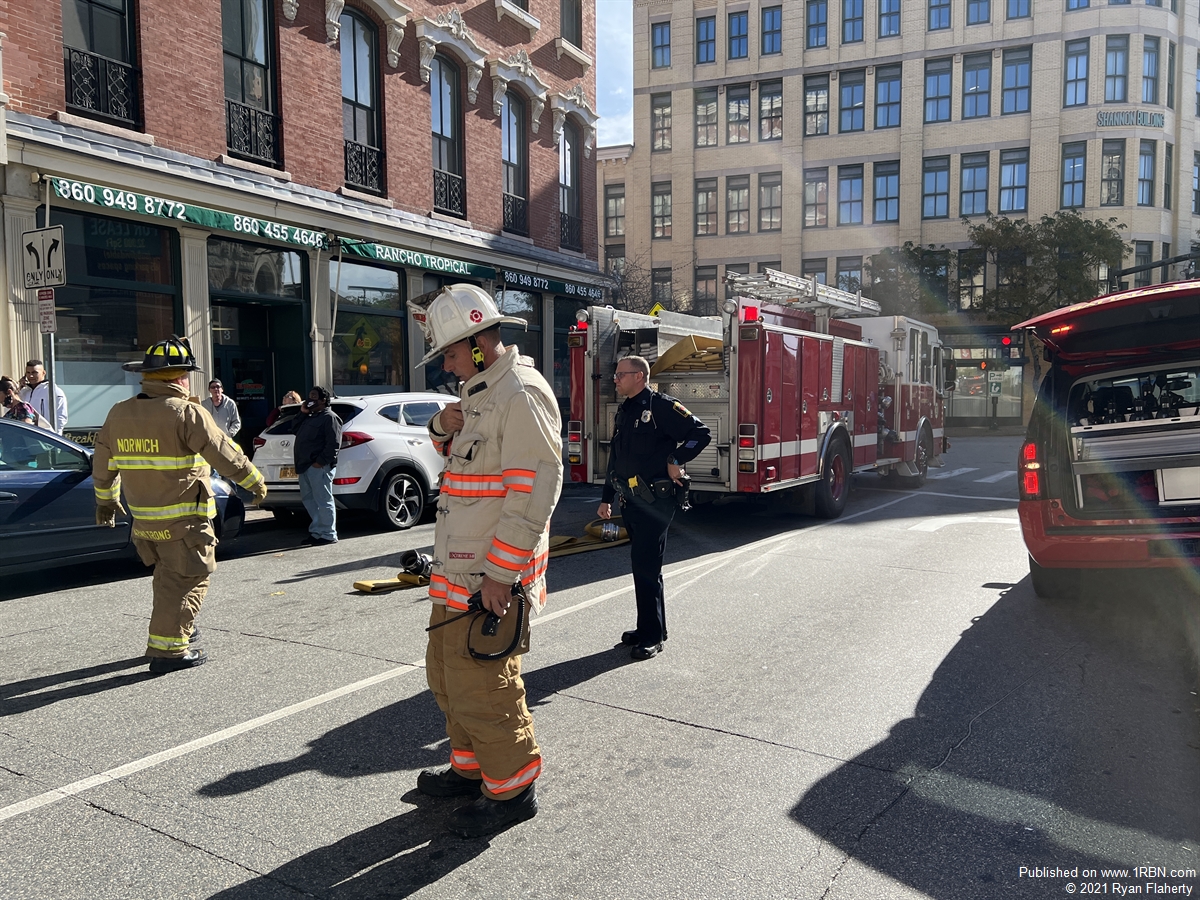 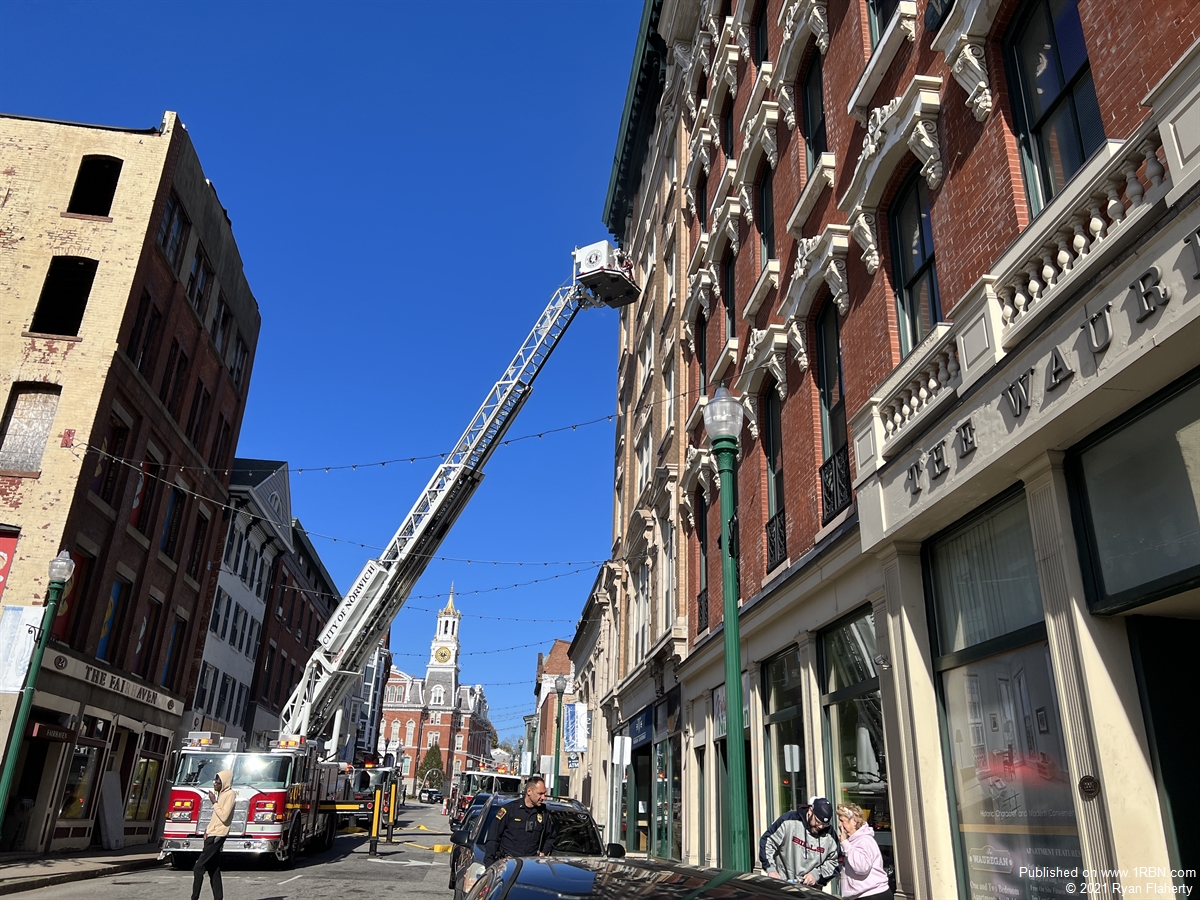 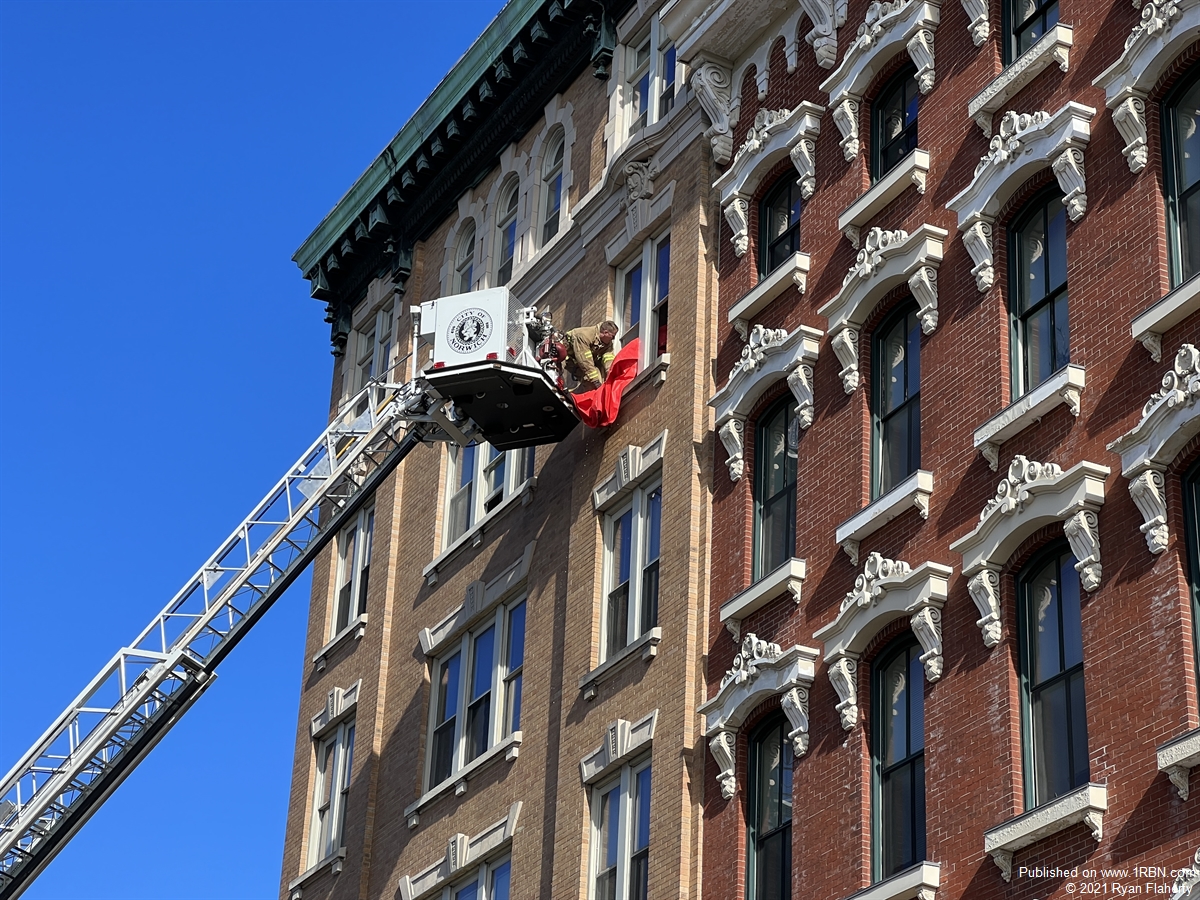 Photo by Ryan FlahertyFirefighter Mathieu sets up a salvage cover that they used as a water chute from the sprinkler.

NORWICH, CT - At 11:51 A.M. on Sunday, November 7th, the Norwich FD was dispatched to 25 Broadway, The Wauregan, Apartment 515, for a bedroom fire. Battalion 1 arrived at 11:54 A.M. with smoke showing from the fifth floor of a six-story apartment building and transmitted a working fire.

Crews from Squad A, Engine 3 and Truck 1 ascended the center stairwell together. Squad A and Truck 1 gained access to the fire apartment and performed the primary search while Engine 3 hooked up their high rise packs to the standpipe. Engine 2 laid in from the hydrant to establish a water supply for the Squad. The truck driver set up in the front and flew the bucket to the fifth floor windows to assist with ventilation and salvage.

The sprinkler had knocked most of the fire in the bedroom, so crews overhauled and shut off the isolation valve to prevent any further water damage. The Mohegan Tribal Fire Department provided the FAST, and the Norwich Fire Marshal’s Office is investigating.