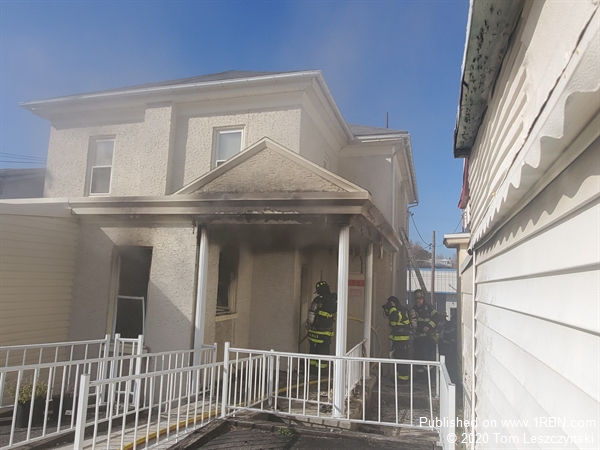 Reading, PA - Shortly after 1 p.m. several phone calls were made to the Berks County 911 call center reporting a house on fire in the 900 block of Lancaster Avenue. Using cameras affixed to the County Courthouse dispatchers confirmed a column of smoke rising from the area. Engine 5 arrived at a 2½ story structure with smoke showing from the rear. Deputy Chief Ronald Banks (Car 4) arrived after the engine, established command, and declared the incident a working fire. Firefighters stretched a line into a rear kitchen and quickly knocked down the fire. The remainder of the building was searched and found to be clear. The incident was placed under control at 1:34 p.m. No injuries were reported, the Fire Marshal's Office is investigating.