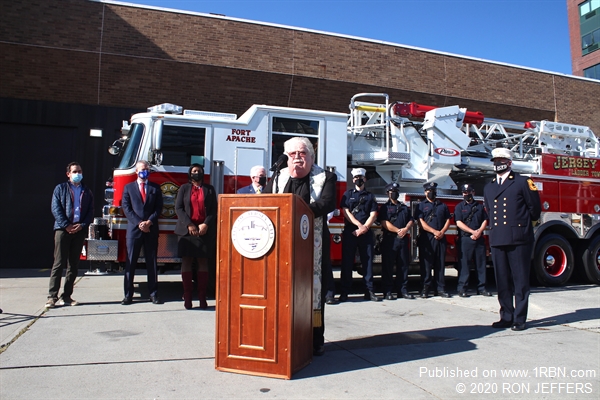 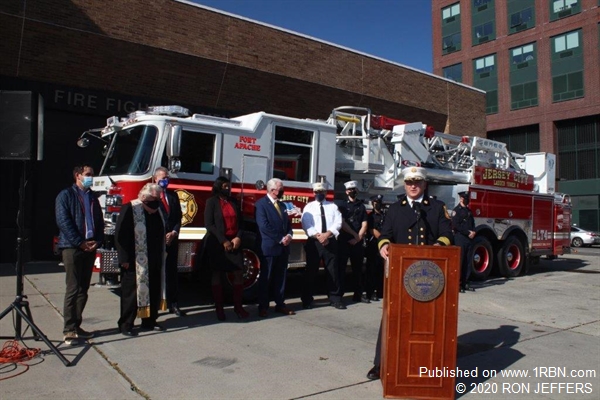 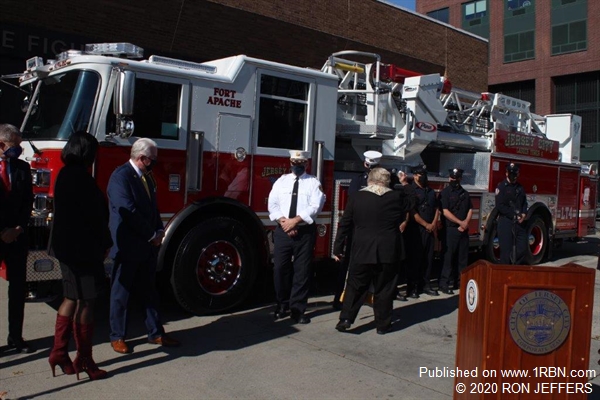 Photo by RON JEFFERSRev. Pagnotta places Holy Water on Ladder 4 and its members.

Department Chaplain, Rev. James Pagnotta, blessed the new truck and its firefighters. Fire Chief Steven McGill said it is a fire department tradition to bless a new fire apparatus before it goes into service. He said it will replace a platform model that is some 18-years-old.

In addition, Chief McGill thanked Mayor Fulop and city officials for the acquisition of the new apparatus, assigned to Ladder Co. 4, that will operate from the Ocean Avenue firehouse in the southern end of the city.