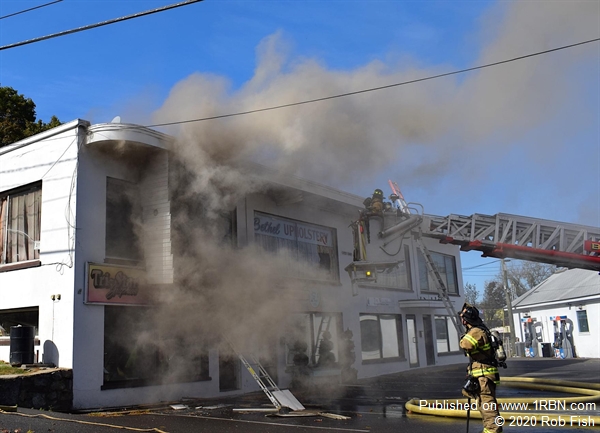 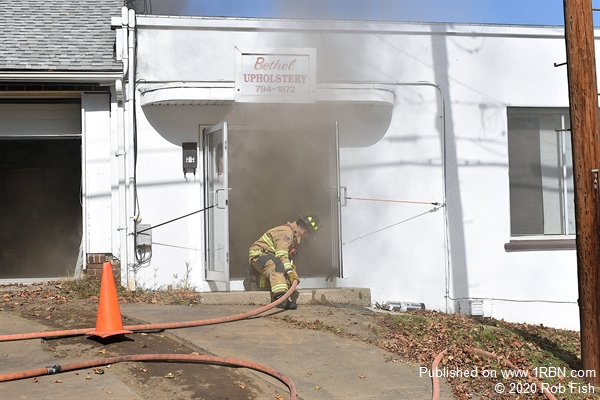 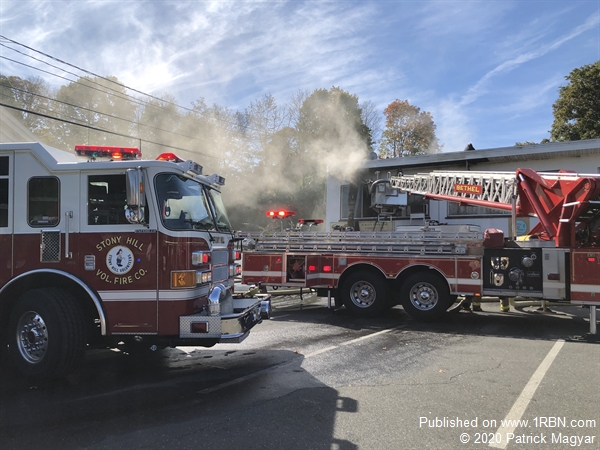 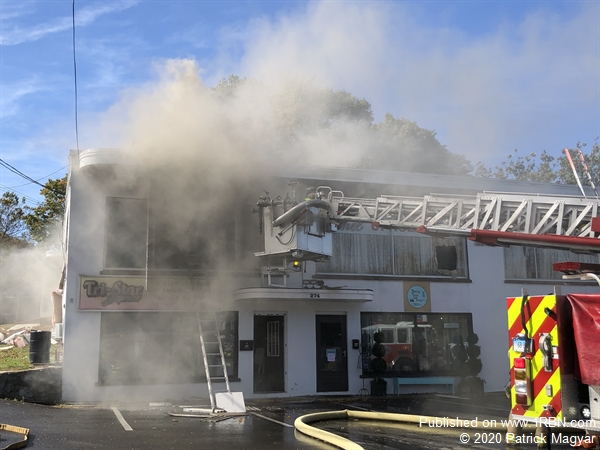 Photo by Patrick MagyarAlpha side 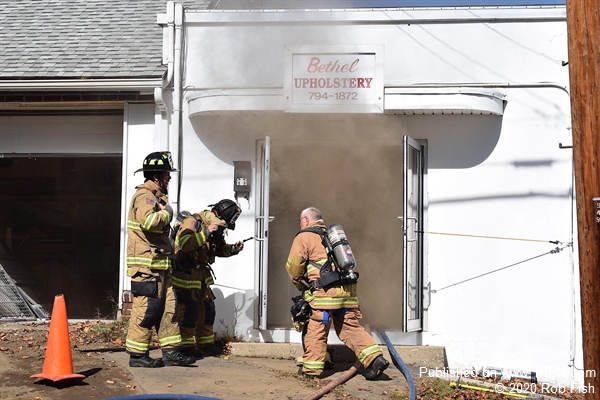 Photo by Rob FishCrew from SHFD preparing to make entry

Bethel, CT - Just before noon on Thursday, October 15th, Bethel and Stony Hill Fire Departments were dispatched to a commercial building on Greenwood Ave., for a reported structure fire. Upon arrival of Bethel Car 1, smoke was found pushing from the eaves from a second floor upholstery shop, and a working fire was transmitted. Crews stretched two hand lines into the business and found heavy fire conditions above the drop ceiling. Crews worked to pull ceiling tiles and perform vertical ventilation. Members spent the better part of the next hour chasing hotspots and opening up void spaces in the 70-year-old building. Mutual aid from Brookfield, Danbury and West Redding responded to the scene. The fire was held to the business of origin, however the first floor businesses sustained extensive water damage. One firefighter was treated on scene for a minor injury. The cause is under investigation by the Bethel Fire Marshal's Office.