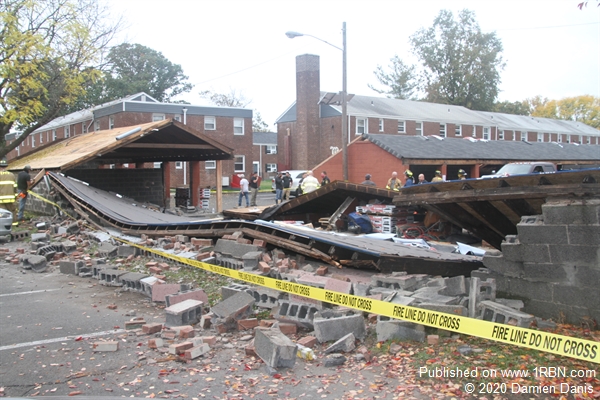 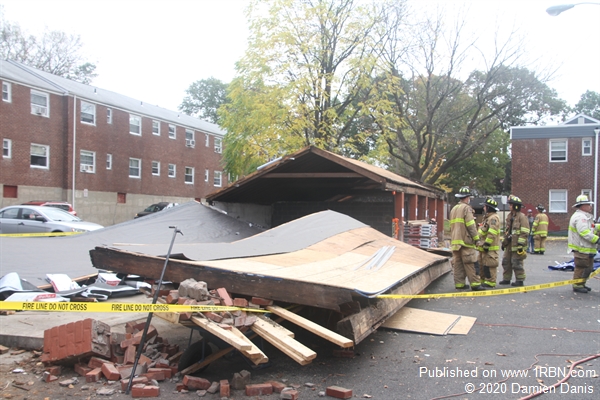 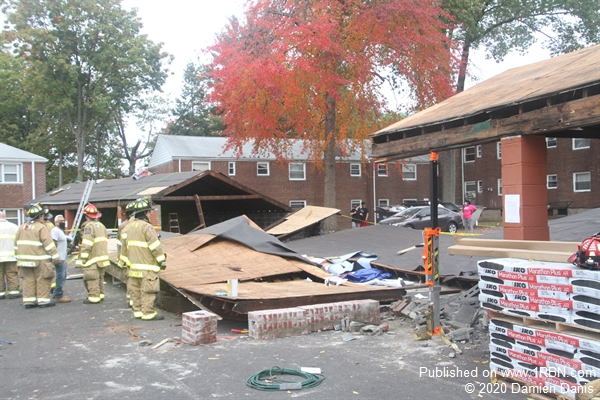 Elmwood Park, NJ - Two workers were injured, one seriously, when the roof of five connected garages under construction at an Elmwood Park housing complex collapsed on October 24th, authorities said.

The late-morning collapse occured at the Elmwood Village Apartments on Mola Boulevard. Firefighters and Little Falls Ambulance operated on scene. The Elmwood Park building department and OSHA were notified to respond to the scene.