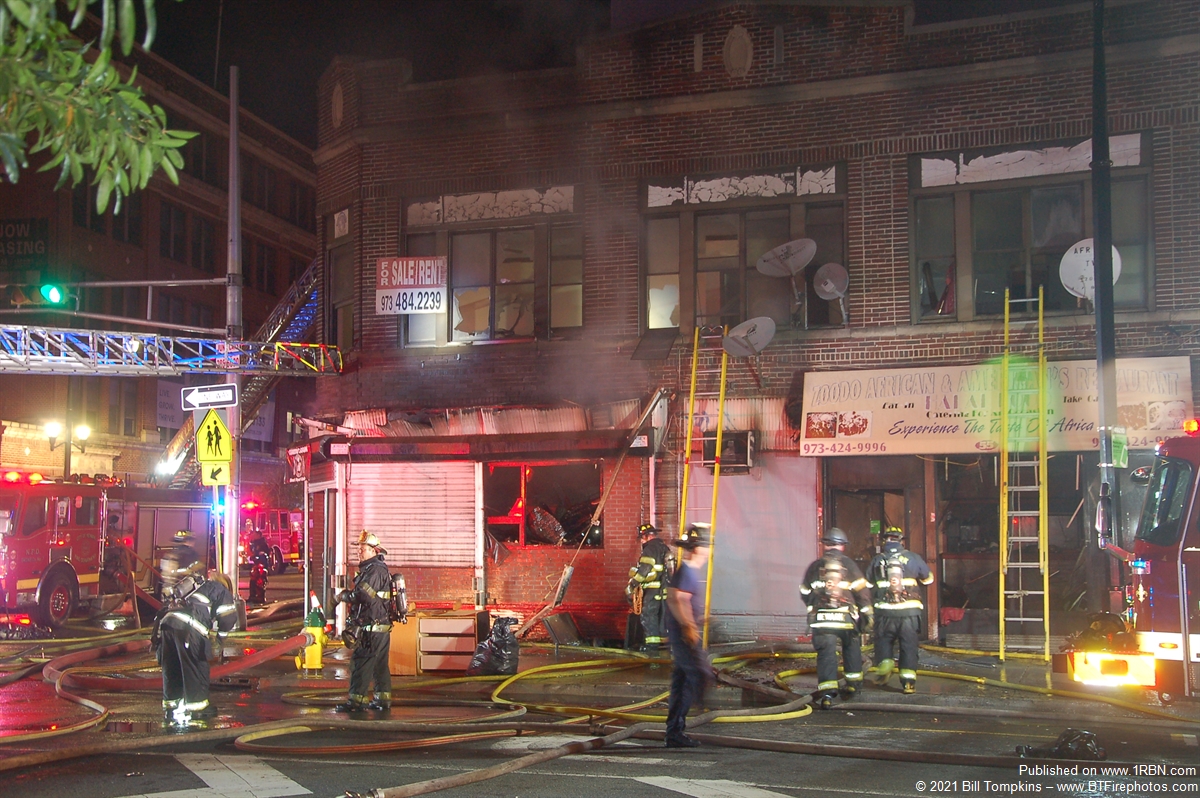 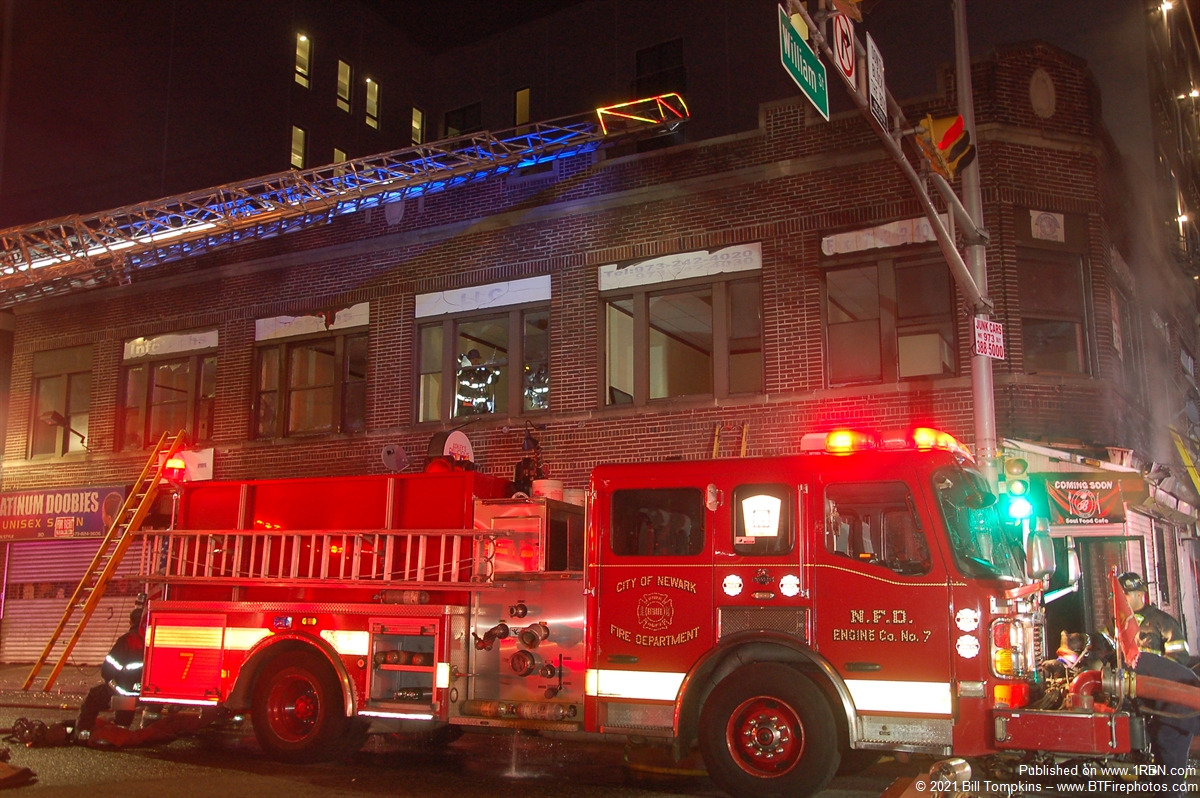 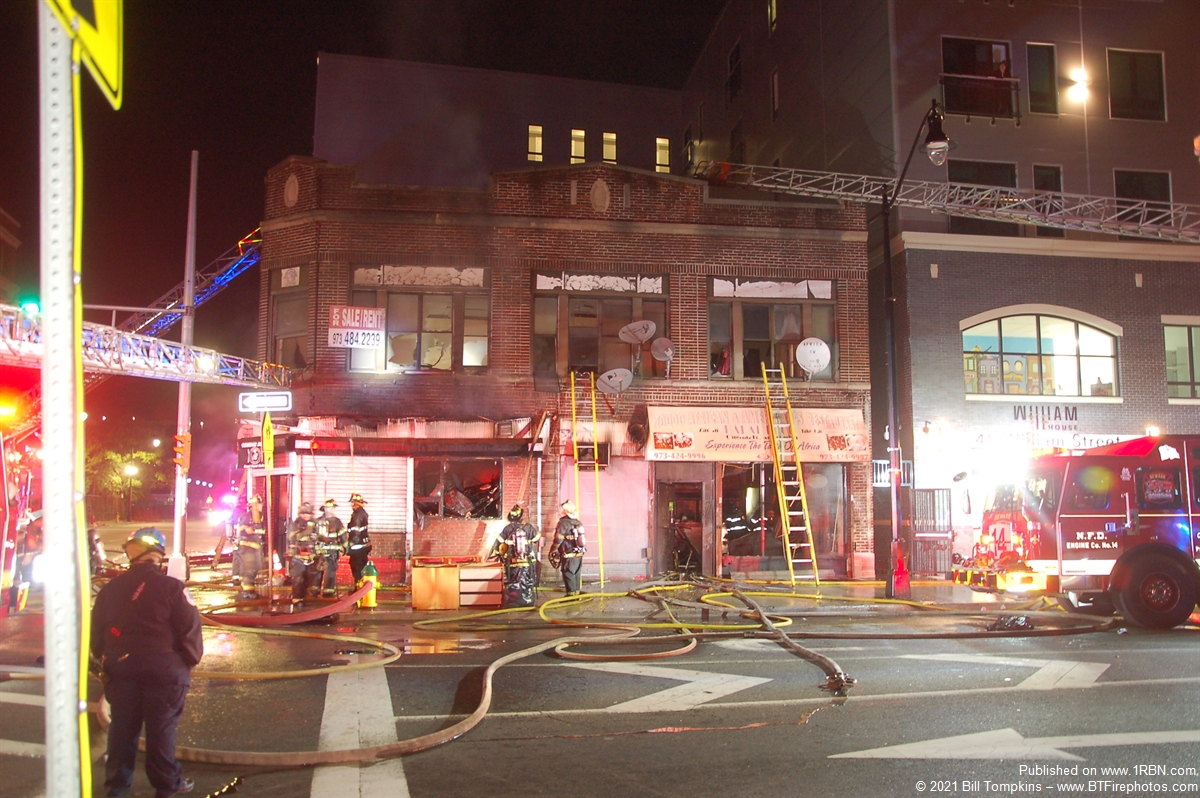 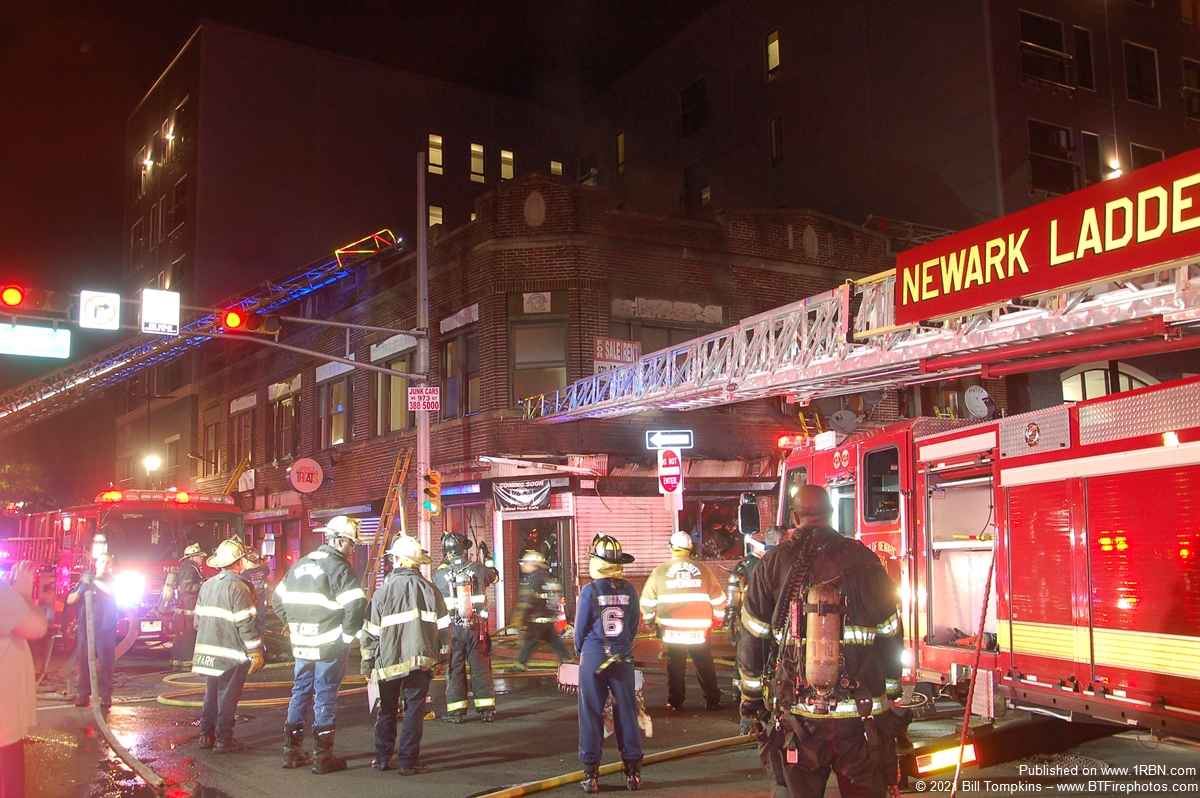 NEWARK, NJ - A fire of major proportions was adverted as Newark firefighters made a quick stop on a fire that seriously threatened a brand new six-story condo building that covered much of a city block on October 17th.

The full assignment was dispatched to 55 William St. at about 4:15 A.M. Smoke and fire were visible inside the first floor of a two-story brick 75'X125' with retail businesses on the first floor and offices above. William St. and Washington St. were the 'A' and 'B' exposures, but the condo building wrapped around the 'C' and 'D' sides separated by a narrow alley.

A second-alarm was sounded as fire vented out the top of the roll-up doors and out a side 'D' window. Trucks quickly opened up and hand lines were soon in operation. Visible fire was knocked down, but the smoke condition continued. An additional truck was called for to assist in opening up.

The smoke slowly dissipated as members opened up both floors. The fire was placed under control in about one hour and companies began to be released. No injuries were reported, and the cause is under investigation.