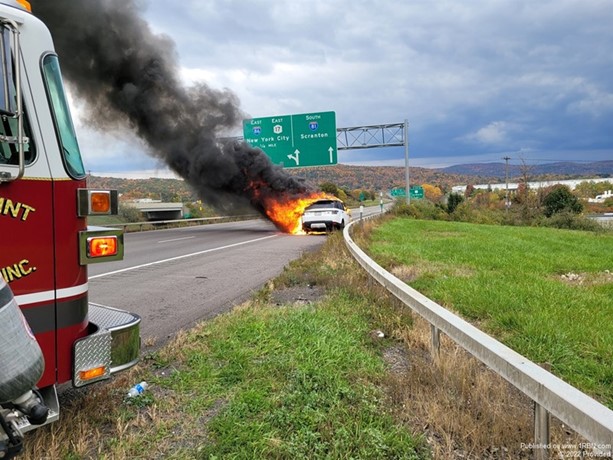 Photo by ProvidedSquad 59 arrives on scene. 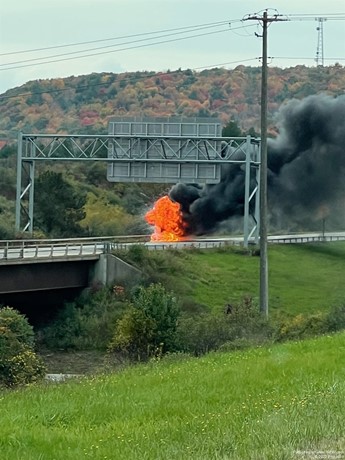 Photo by ProvidedOne of many explosions prior to Squad 59s arrival. 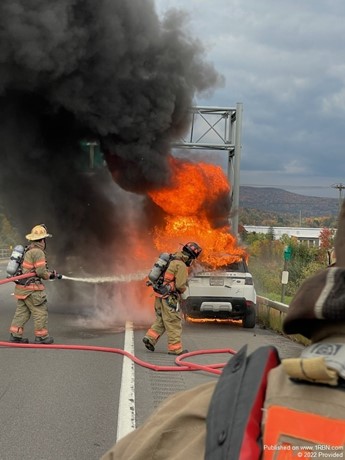 Photo by ProvidedSquad 59's crew begins to attack the fire. 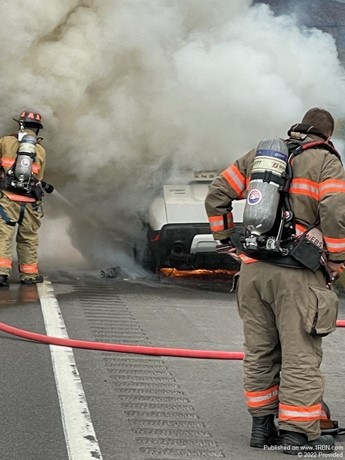 Photo by ProvidedSquad 59 crew works to extinguish the fire. 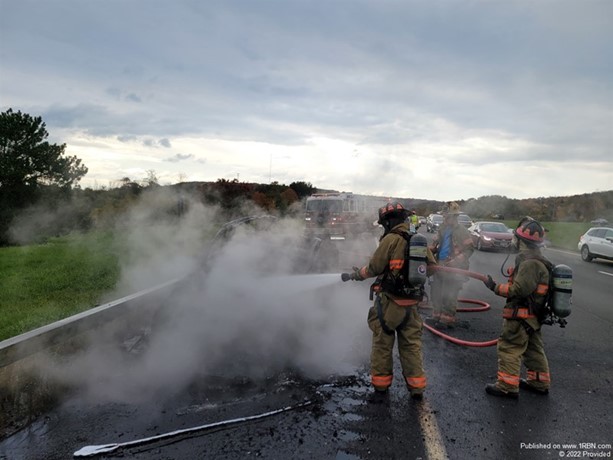 Photo by ProvidedSquad 59s crews works to overhaul the vehicle.

Broome County was quickly receiving multiple calls on this incident, advising a working vehicle fire. New York State Police would arrive on scene shortly after and confirm a well involved SUV on fire on the right shoulder of the highway just south of the Exit 3 off ramp.

Squad 59 would respond with a crew of six. Arriving on scene, Squad 59 advised of a fully involved SUV on the shoulder and that NYSP had closed all lanes of I-81 southbound due to the smoke conditions. Squad 59's crew went to work stretching a one-and-three-quarter inch hose line to attack the fire. The main body of fire was quickly knocked down, and two out of three lanes of traffic were able to be reopened.

The vehicle was fully extinguished and towed away. All units returned to service in just over one hours time. Five Mile Point Fire Department was assisted on scene by New York State Police, New York State DOT, and Studer's Garage.