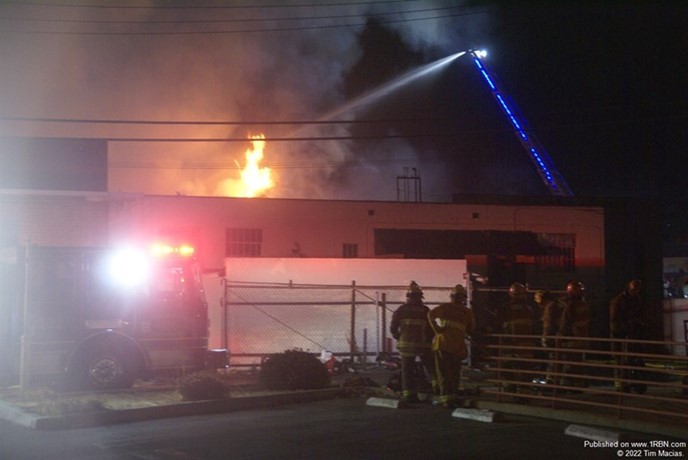 Photo by Tim Macias.Firefighter's watch as a ladder pipe works to knock down the fire. 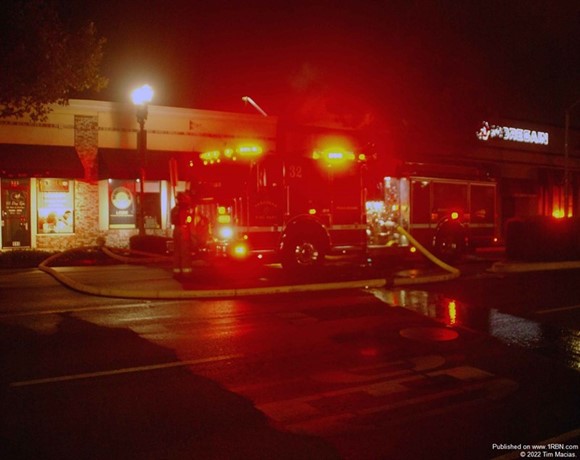 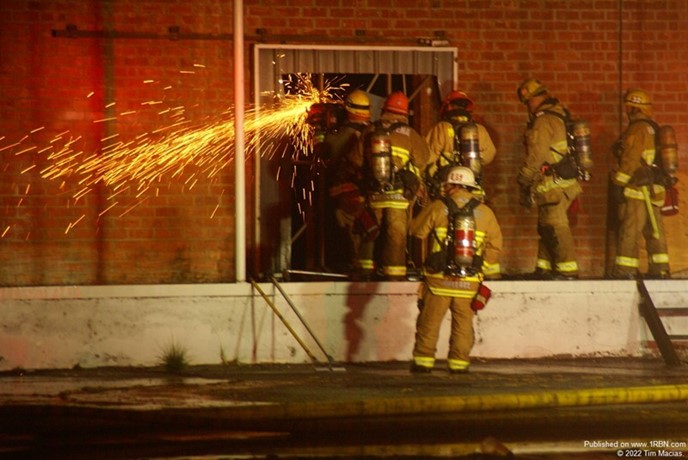 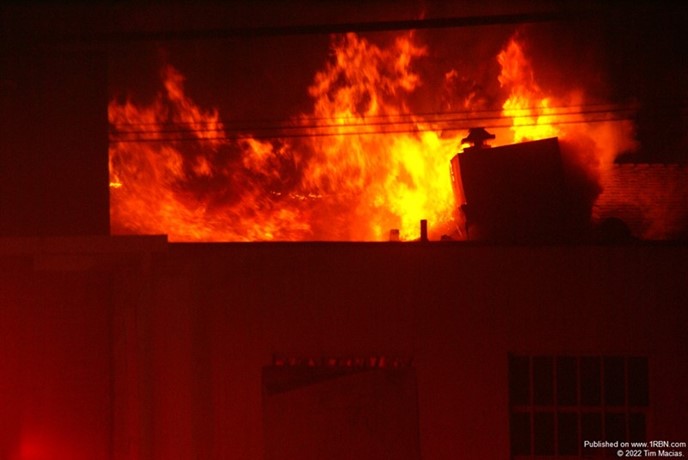 Photo by Tim Macias.Fire thru the roof with the HVAC unit beginning to give way. 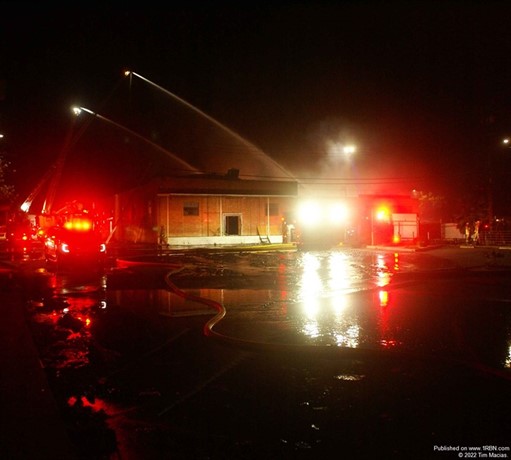 Photo by Tim Macias.Ladder pipes slowly getting handle on the fire. 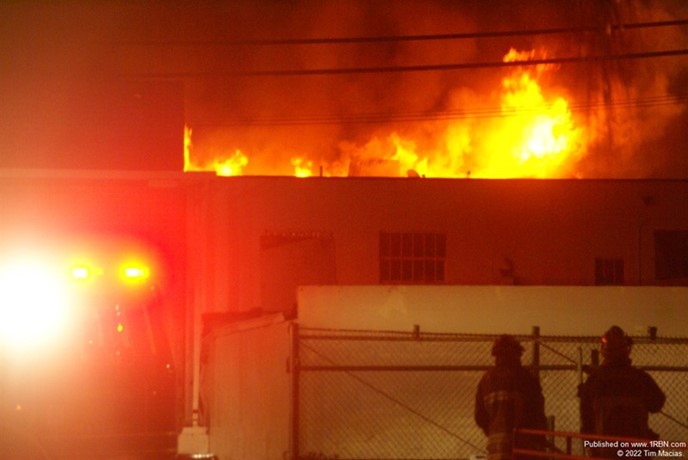 Photo by Tim Macias.Fire crews on the Charlie side watching the fire burn thru the roof.

(Arcadia CA) On Saturday evening shortly before 10PM units from the Arcadia and Monrovia Fire Department’s responded to a reported commercial structure fire in 100 Block of Wheeler Avenue in the City of Arcadia, The first arriving unit Arcadia Engine 105 arrived on scene a gave an initial size up of a two story vacant commercial structure with smoke showing from the bravo side of the second floor. Arcadia Battalion 105, Chief Tom Devlin arrived on scene and established command as Wheeler IC

Engine 105 stretched a line and made entry onto the second floor and encountered heavy fire conditions, Engine 101 and Engine 107 were sent to assist Engine 105 with fire attack. Incident Command requested a 2nd alarm.

Truck 105 went to the roof to begin vertical ventilation with Truck 101 taking forcible entry and utilities. Engine 41 arrived on scene and was assigned as RIC, With heavy fire conditions and crews struggling to keep the fire from extending into an adjacent structure along with a partial structural collapse Incident command ordered all crews out from the interior and off the roof and operations were transitioned from offensive to defensive as well as a third alarm be started.

With crews now in defensive mode ladder pipes as well as exterior hand lines from outside the structure and from atop of the roof of an adjacent exposure were deployed to knock down the fire.

The fire was eventually declared knocked down just after 1AM and the cause currently remains under active investigation.