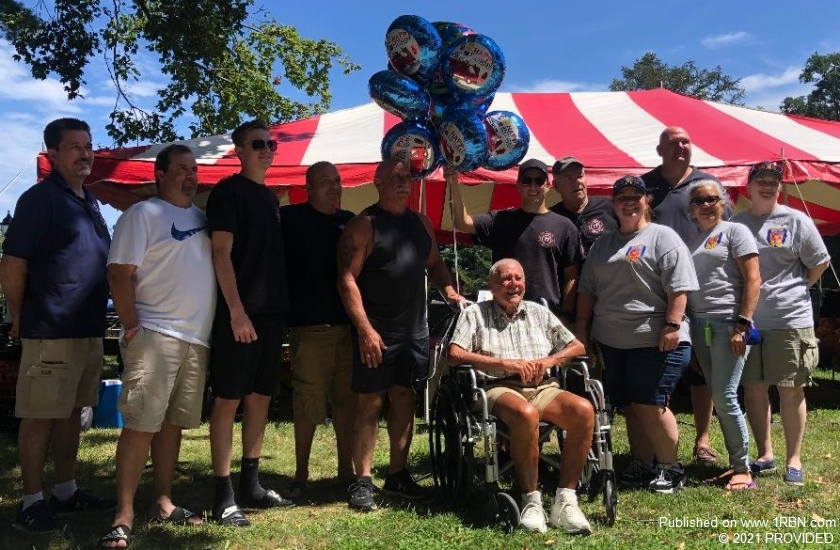 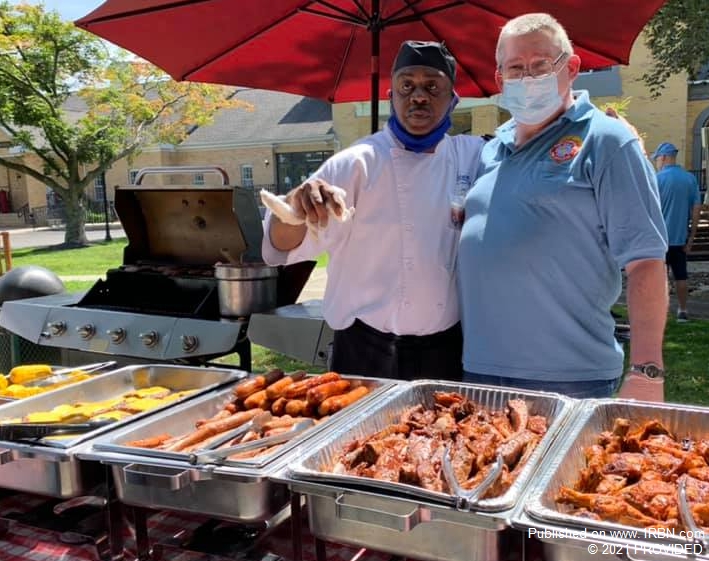 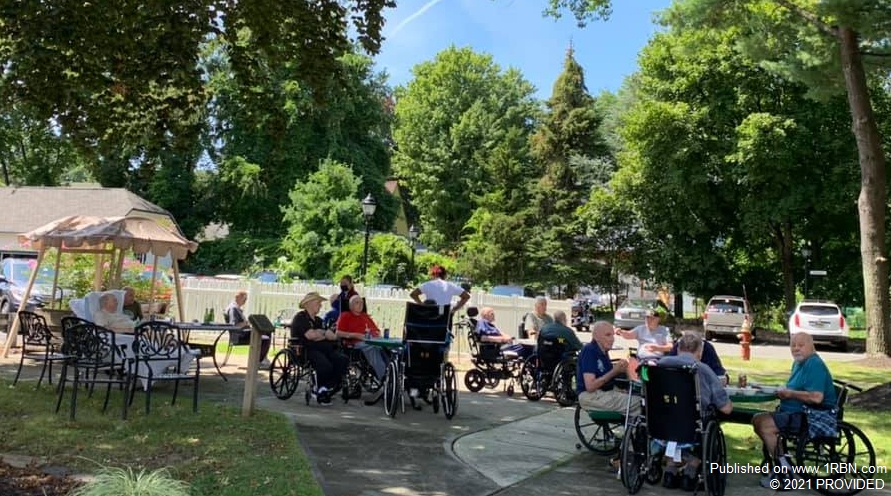 On the afternoon of August 15th, 2021, the Bergen County Firemen’s Home Association in partnership with the NJ Firemen’s Home of Boonton, NJ sponsored an additional barbecue to the one which we ran in June for residents and their families. With the generous donations we got throughout 2020 and 2021, we wanted to celebrate better times ahead.

The weather was beautiful that afternoon, warm and sunny going up to 82 degrees. The perfect day for an outdoor event. Many residents were brought out into the lawn in front of the home to enjoy their meal and a little comradery with their fellow fire fighters. Family members are always invited to this event making it even more special on a beautiful day. The tents we provided and the gazebo that was a previous gift to the home was used for residents to provide shade.

The entertainment that afternoon which was also provided by the Bergen County Firemen’s Home Association was the Bloomingdale Coronet Band, who entertained us with Big Band and Swing music along with traditional American classics like the Star Spangled Banner. It was an engaging afternoon for everyone.

Longtime member of the BCFHA, George Steiger, who now resides at the home, was joined by twelve members of the Maywood Fire Department for his 98th birthday. It was a really nice afternoon for him with balloons, well-wishes and a visit by the Maywood FD Ladder in his honor.

This afternoon was enjoyed by the residents of the Firemen’s Home, who always relish an afternoon out. Everyone had a great time. This wonderful event could not happen without the help of the staff of the Firemen’s Home of Boonton, NJ especially the Activities and Kitchen staff, which does such a great job cooking the food and providing the set up and getting the residents outside.

The members of the Bergen County Firemen’s Home Association, a group of dedicated firefighters and retired fire firefighters from the various firehouses in Bergen County, NJ, did a great job serving all the residents and their families.

The barbecue is paid for from donations made to the Bergen Country Firemen’s Association Fund that is generously funded by fire company donations from all over Bergen County, NJ.