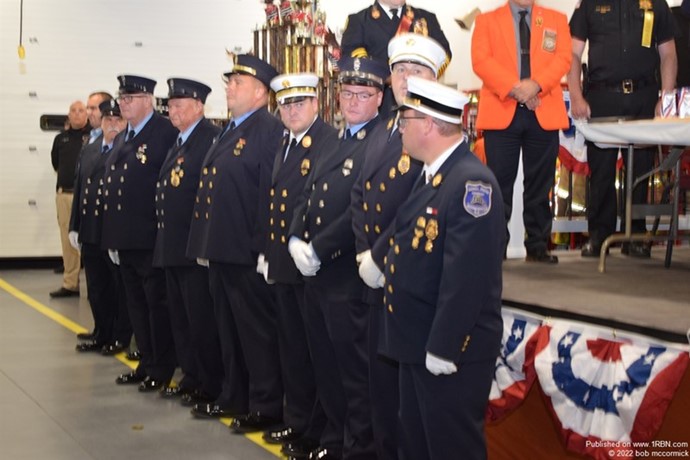 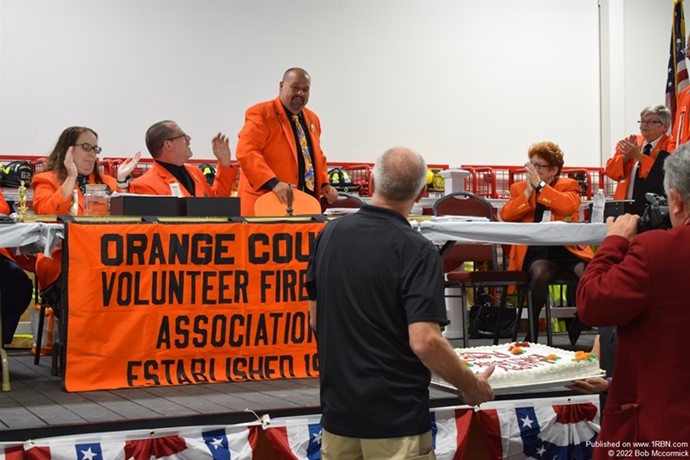 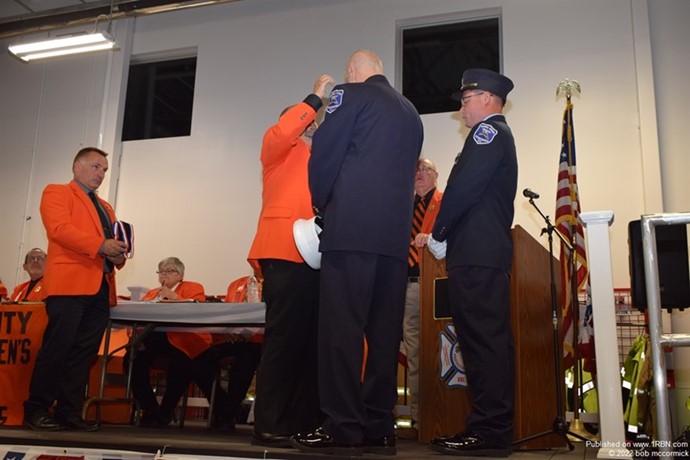 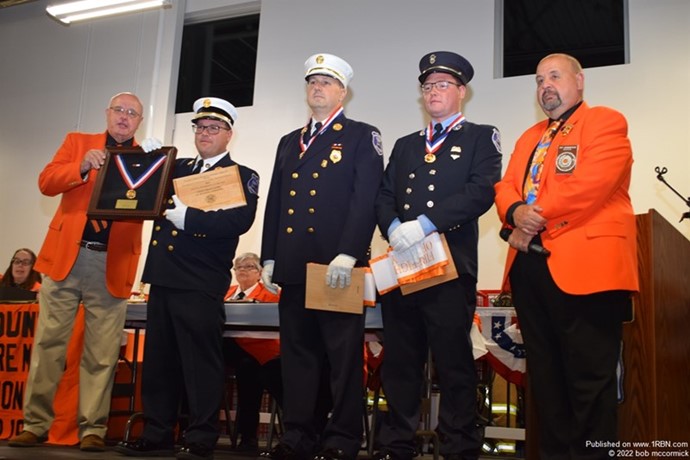 Photo by bob mccormickfireman of year 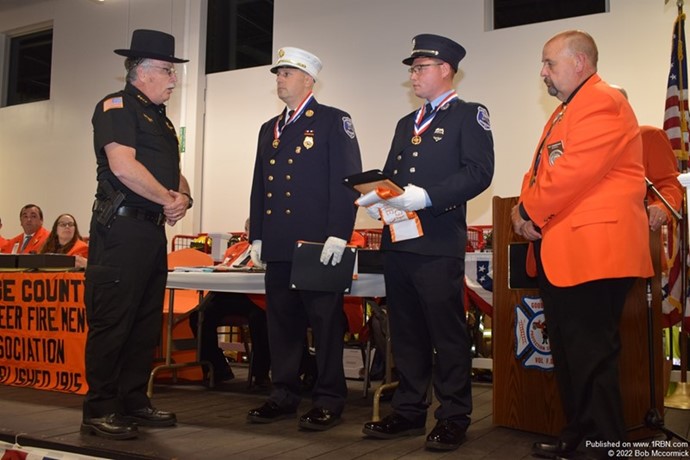 Good Will Fire Department held the 107th Annual Orange County Firemans Convention at their firehouse on Thursday September
twenty second. President Ray VanInwegen opened the Convention. Deacon Peter Haight gave the Invocation-Pledge of Alliance
was said. All business was adjourned, and Ray asked Past Chief Jefrey Holmes to announce the Firemans of the Year. The Maybrook
Boy Scouts band led the firefighters into the truck bay. Past Chief Holmes told the story of the nominees for Firemans of the Year.
Washingtonville FD Chief Brian Bates and Lieutenant Michael Van Riper received the Firemans of the Year Awards. They were presented
their Plaques and medals by President VanInwegen-other awards were given by Bob Reynolds and Orange County Fire Coordinator
Vini Tankasail talked about Washingtonville FD and the training that they do. Vini congratulated both of the firefighters and hope for their
service in the county. Sheriff Carl Dubois gave both Firefighters Awards from the Orange County Sheriff Department. After Adjournedment
there was a dinner given .