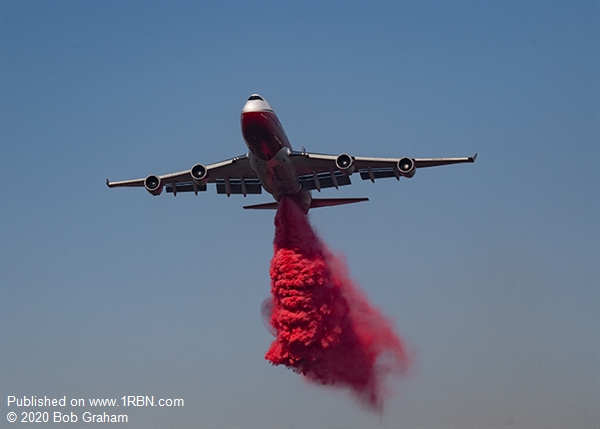 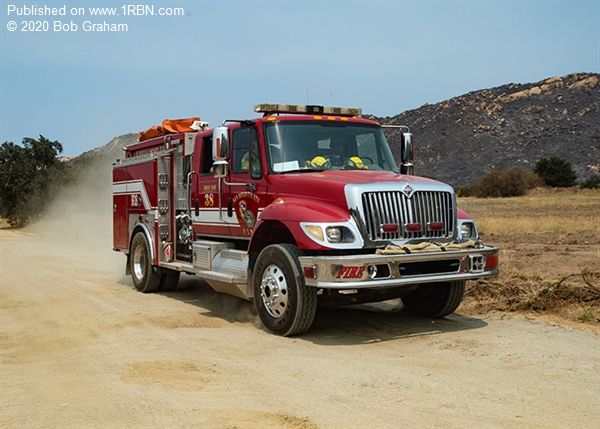 Photo by Bob GrahamSan Diego County Fire/Cal Fire Brush 38 heads for a flareup in a dense growth of vegetation. 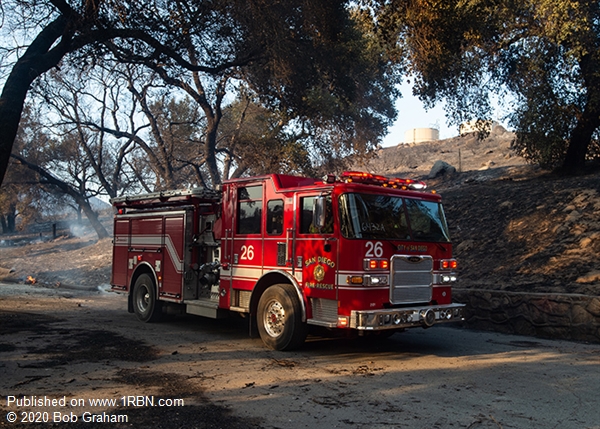 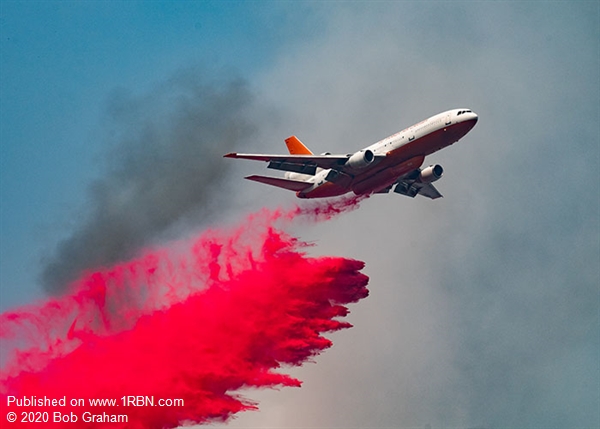 Photo by Bob GrahamTanker 914, a DC-10, finishes a Phoscheck drop. 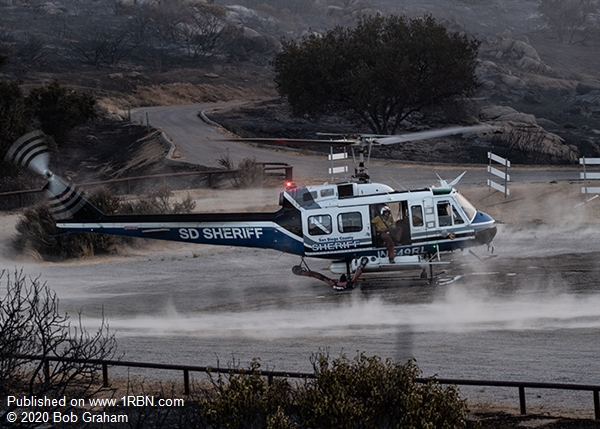 Photo by Bob GrahamSan Diego Sheriffs Office Copter 11 takes off with a heliattack crew aboard, 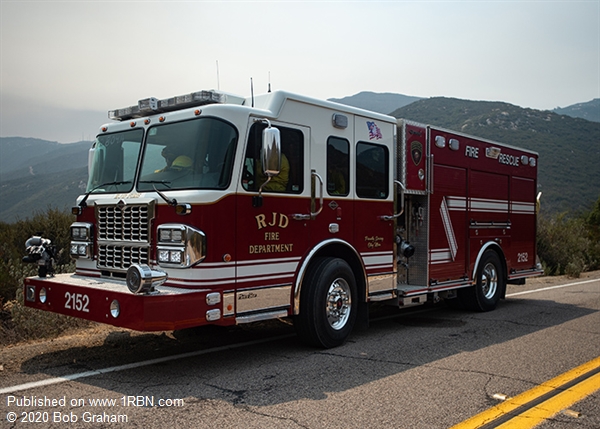 Photo by Bob GrahamEngine 2152, from the Richard J. Donovan correctional facility, awaits assignment on the edge of the burn. 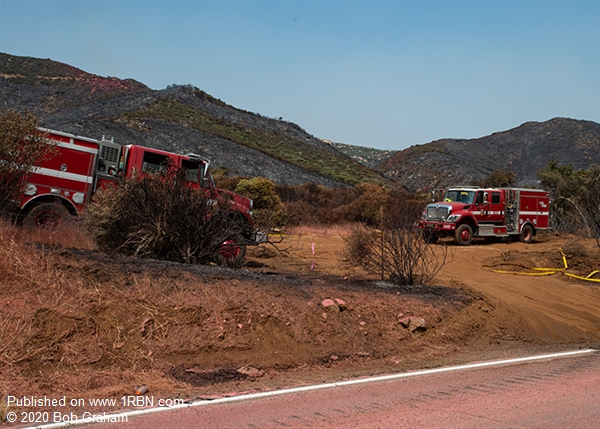 Photo by Bob GrahamCalfire brush rigs stand by while their crews keep and eye open for flareups. 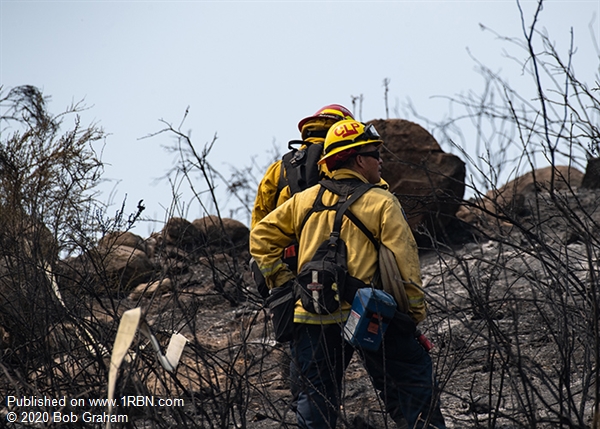 Photo by Bob GrahamFirefighters head up the hill to check hose lines.

Starting in the late afternoon of September 5, 2020, the Valley Fire, located just east of Alpine, California, spread quickly, aided by tinder dry brush and high temperatures. The southern California population seems to be destined to deal with large brush fires during last quarter of the year as climate conditions change. This year, however, finds much of the west coast dealing with conflagrations.

The fire was fought using a unified command between Cal Fire San Diego and the Cleveland National Forest. Agencies though out southern sent type 1 and type 3 strike teams. Firefighters on the ground had to deal with both steep terrain and more flat land locations fighting the blaze. As has become the norm these past few years, air power has provided a powerful deterrent to the flames. From smaller helicopters and tankers, to medium and large helicopters and VLATs, pilots wasted no time in laying down Phoscheck to control the perimeter of the flames. As one example, San Diego Gas and Electrics SkyMaverick Sikorsky Air Crane reportedly made 101 air drops on September 6 over the span of 8 hours, dropping a total of 115,000 gallons of water. SDG&E’s other helicopter, a modified Blackhawk helicopter with an internal tank system, made 75 water drops for a total of 49,500 gallons that same day. Fixed wind aircraft ranged from Cal Fires S2 Tankers and OV-10 Air Attack aircraft to the 747 Global Super Tanker.

As the flames died down, and with containment lines in place, many fire crews were kept in place for structure protection and mop-up. Several strike teams were released from the incident and immediately deployed to the Creek Fire in Fresno.
According to Cal Fire, a total of 873 fire personnel were assigned to the fire. Deployed assets included 8 helicopters, 96 engines, 6 bulldozers and 15 water tenders. Two injuries were confirmed, along with 11 structures damaged and 51 residential, commercial and other structure destroyed. Fire officials set the total acreage at 17,665 acres with 39 percent containment at the time of this report.