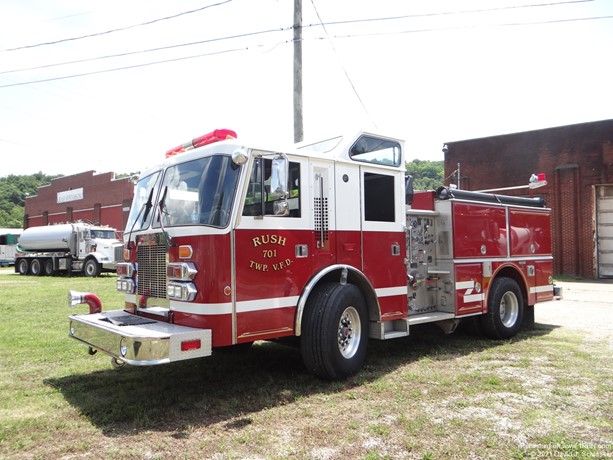 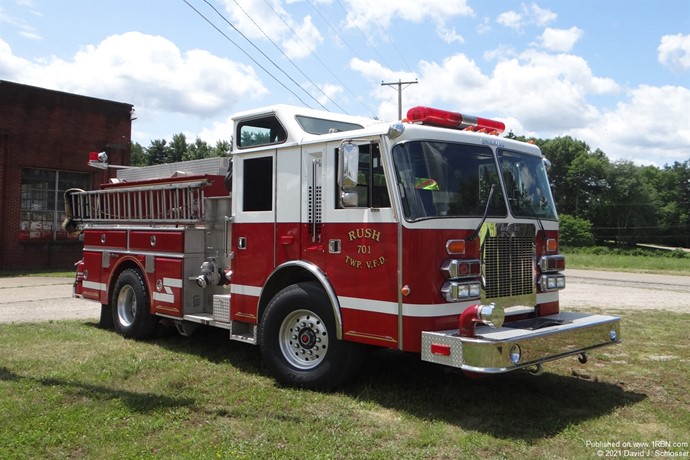 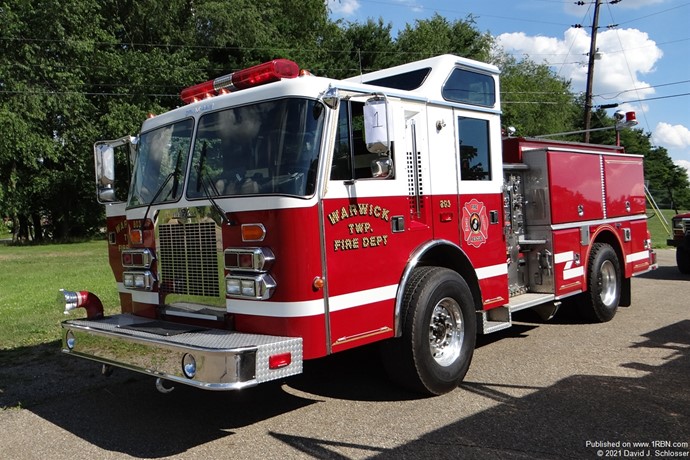 Photo by David J. SchlosserServing with the Tuscarawas - Warwick VFD as E-803 in 2012. 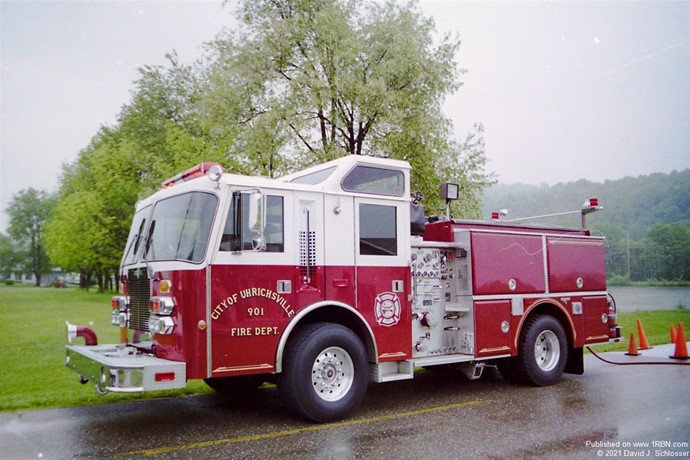 Photo by David J. SchlosserServing as E-912 with the Uhrichsville Fire Department in 1997.

Uhrichsville - The Rush Township Volunteer Fire Department is the proud owner of a 1989 Simon-Duplex/Grumman 1500gpm pumper with 500-gallon tank which they recently placed into service as E-701. Like many departments that are creative with limited funding, they found a truck that met their needs. What makes this story unique is that E-701 is that it is now serving it’s fourth department as a first-out engine.

The chassis was built in Midvale, Ohio in 1989 at the Duplex Custom Chassis Plant on Gundy Drive and was featured in many of the company's advertisements and brochures. Soon after, the chassis was shipped to the Grumman plant in Roanoke, Virginia where the pump and Firecat model custom body was mounted and delivered to the Uhrichsville Fire Department as E-912. The six-man custom pumper featured a D-500 split cab with raised roof and served the community faithfully for many years until replaced by a 2009 Pierce Velocity Pumper. Soon after the pumper was acquired by the Tuscarawas-Warwick Fire Department in the nearby village of Tuscarawas and ran as E-803. It served as as their rescue-engine for several years until June 2015. Soon after the engine found its way back to the village of Midvale and with the Midvale Volunteer Fire Department, just a mile down the road from the old plant where the chassis was built almost 30-years before. After a short stint of running in Midvale as E-501 the truck was sold to the Rush Township Volunteer Fire Department where it entered service in April 2020.

What is amazing is that after 32-years, the 1989 Simon-Duplex/Grumman pumper is still going strong with its fourth department. The chassis that rolled off the line in Midvale has spent it’s entire career serving local departments and has never been more than 10-miles from the old plant. It is also a testament to the quality and durability of the chassis and body builder that the truck is still serving with no signs of retiring anytime soon.