Heavy fire on arrival at Wendy's 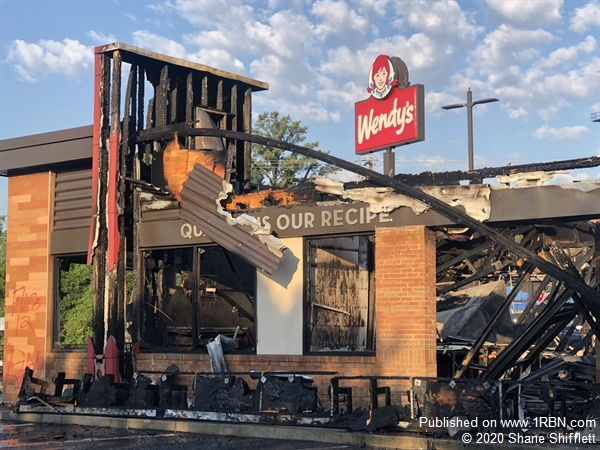 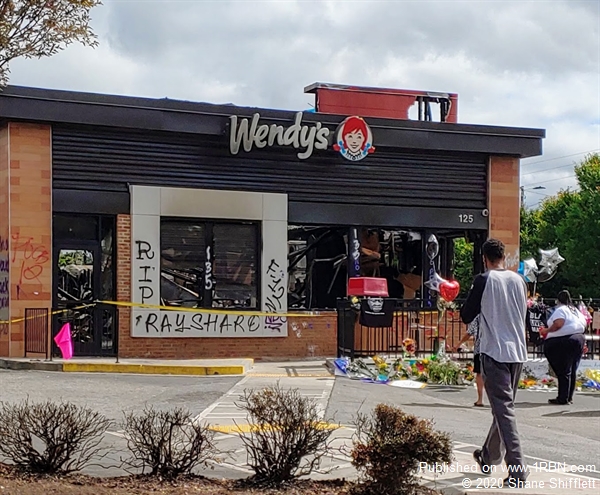 Atlanta, Georgia, Around 2130 hours .Atlanta Fire Rescue Department was alerted to the Wendy’s Restaurant at 125 University Ave SW near I-75. Atlanta Fire apparatus had to stage and watch as the fire grow due to over 1000 protestors in and around the Wendy’s. Firefighters finally began to battle the blaze around 11 p.m., but by then a section of the interior appeared to be engulfed in flames. The fire was started after windows were smashed and fireworks were launched inside and a brush fire was also burning outside.

Earlier, the protesters set fire to cars parked outside the Wendy’s, and shut down part of Interstate 75/85, which is a major thoroughfare Atlanta.

A warrant for the women’s arrest was issued a few days after the fire. Atlanta Fire Rescue tweeted then that White "has been identified as a suspect in the arson fire that burned down the Wendy's Restaurant (125 University Ave) on Saturday, June 13th."

The restaurant has been the site of several other shootings since the night of the fire & it remains closed with no plans of re-opening.