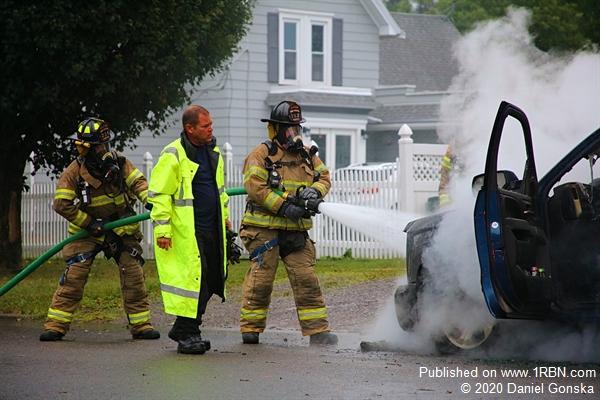 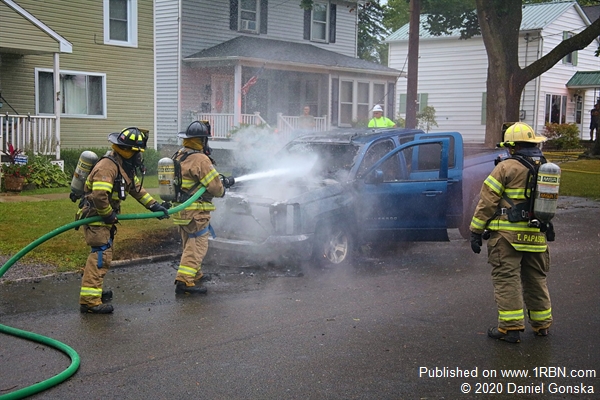 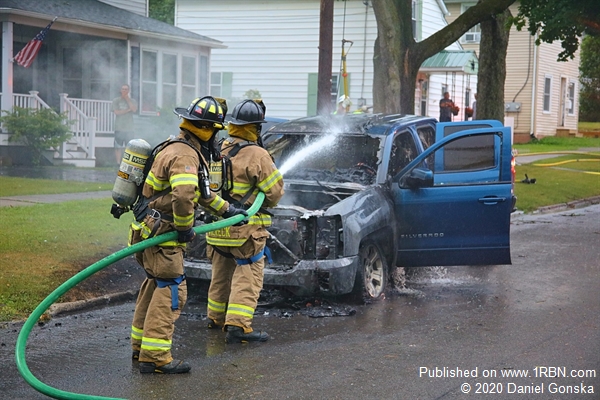 Photo by Daniel GonskaAFD firefighters shoot water through the windshield putting out hotspots after a pickup was destroyed when a high voltage power line came down after a severe thunderstorm rolled through the Village on Thursday afternoon. 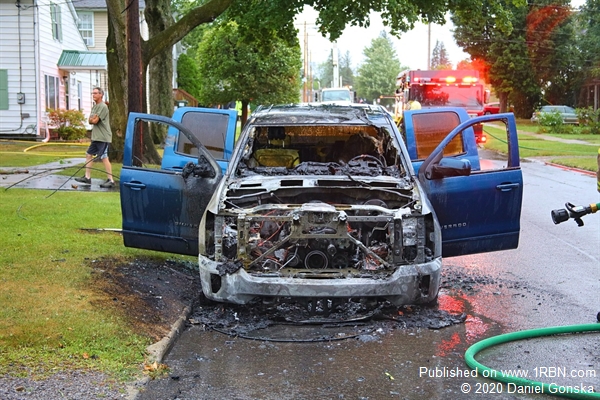 Photo by Daniel GonskaThe aftermath of a pickup truck that was destroyed when a high voltage power line came down after a severe thunderstorm rolled through the Village of Allegany Thursday afternoon.

Allegany Fire Department was dispatched to a reported porch fire and vehicle fire near 22 North 2nd Street in the Village of Allegany. Upon arrival AFD found a tree blocking the north end of the street and high voltage power wires were down on the ground, running under the pick-up truck. Heavy flames were found coming from the engine compartment of the truck. Firefighters were unable to extinguish the blaze due to the live high voltage power wires under the truck. National Grid was called to the scene to cut power. AFD used two dry chemical extinguishers to extinguish the blaze. Once the power was cut firefighters were able to gain access to the truck and put out the remaining hotspots. Units on scene included Engine 31, Ladder 169, Cattaraugus County Sheriff and National Grid. Allegany Fire Chief Stady had the command.