Kingston Police Officer and One Other Driver Injured in Crash 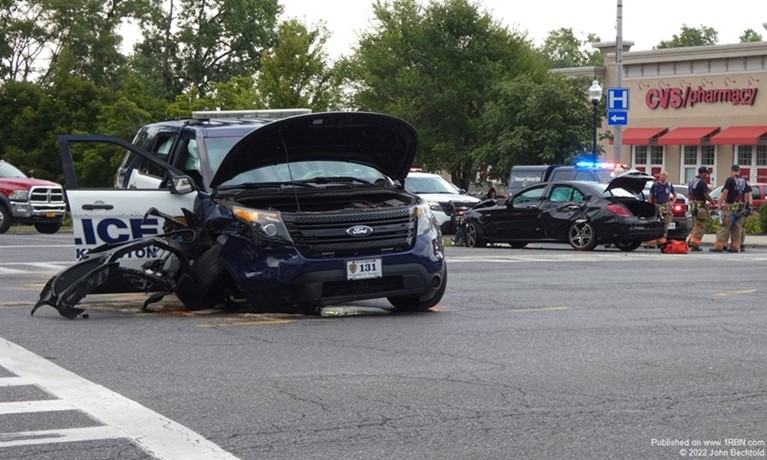 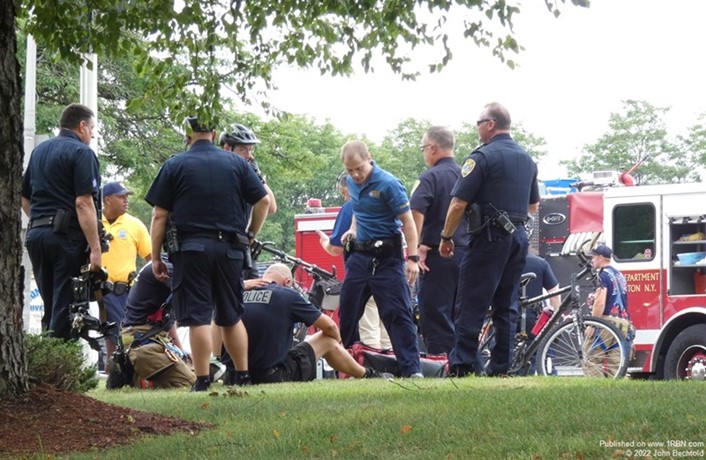 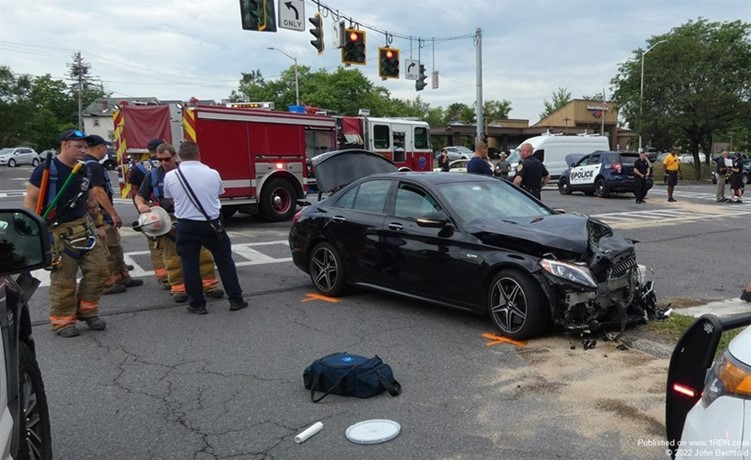 Photo by John BechtoldKingston firefighters and police survey the scene.

KINGSTON, NY - On August 5th, a two-vehicle crash on Washington Ave. at Schwenk Dr. sent a Kingston police officer and one other driver to the hospital. At about 10:10 A.M., police were responding to a bank alarm at Rondout Savings Bank when according to a report, the officer turned on his emergency lights and drove through the intersection as the other vehicle also drove through, at which time they collided. Kingston Fire and Mobile Life Support treated the injured and transported them to a hospital. The accident is being investigated by Kingston and NYS Police.