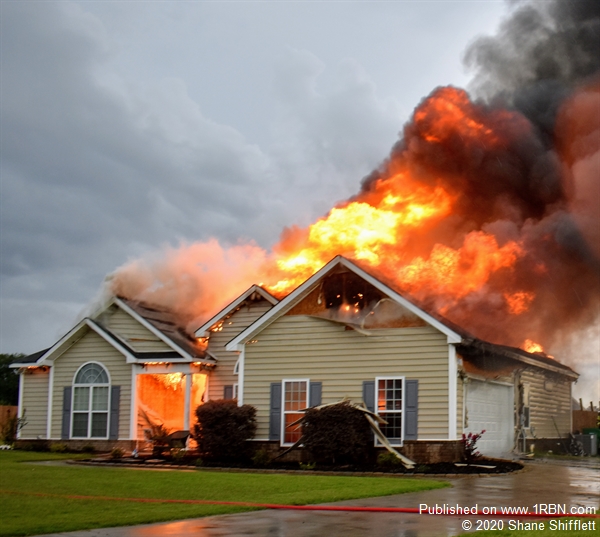 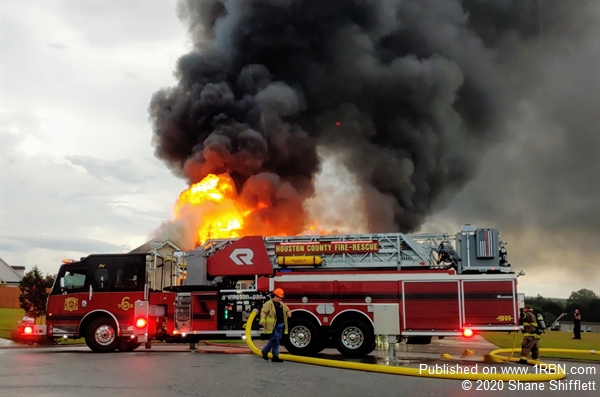 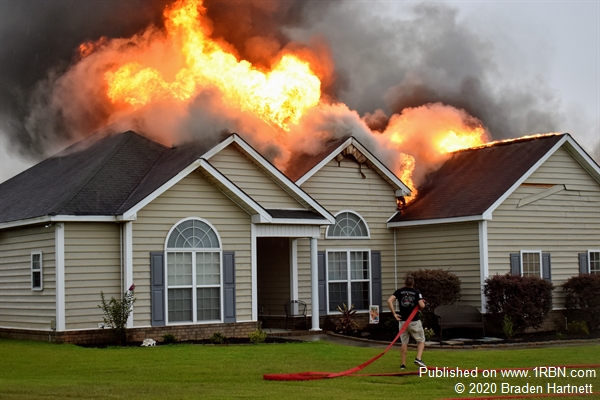 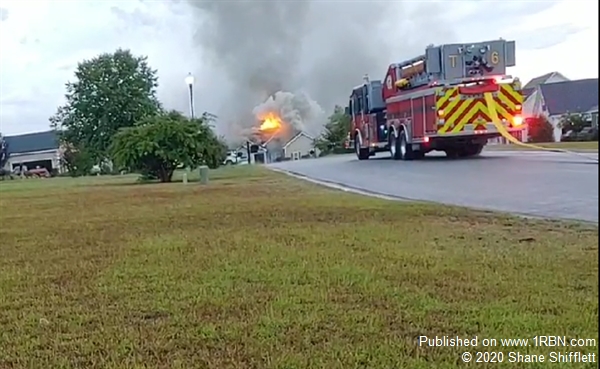 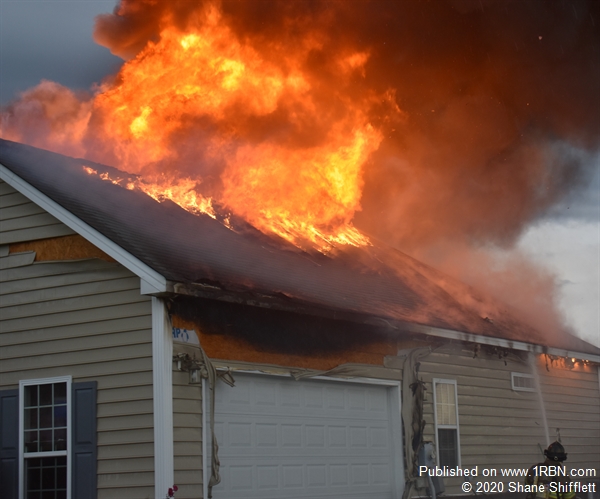 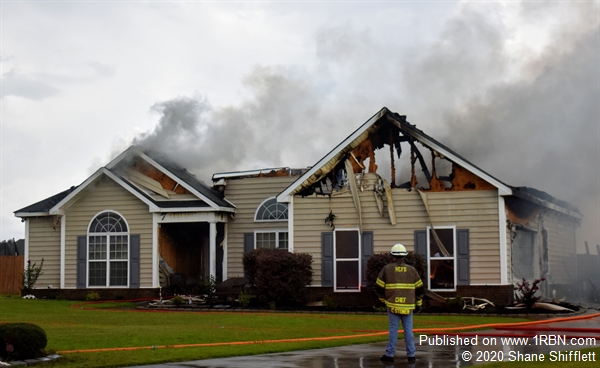 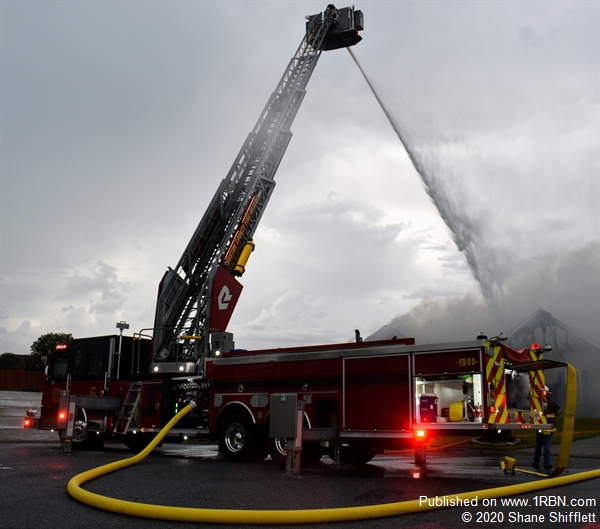 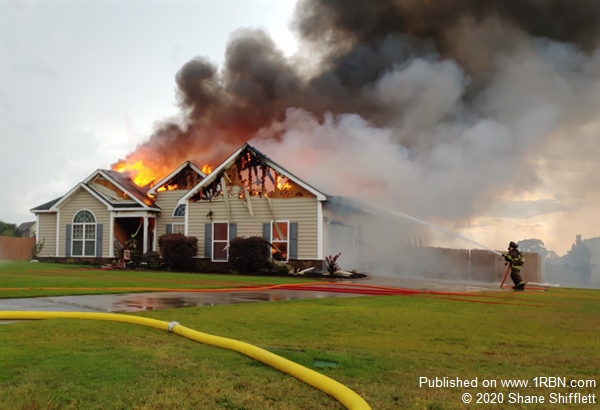 Bonaire, Georgia - Just after 530 P.M. on Saturday July 25th, as severe storms rolled through the county, Houston County Fire Department along with Houston Healthcare EMS were alerted to a structure fire on Ogeechee Court off of Thompson Mill Road. Several 911 calls reported the house was struck by lightning and smoke was seen coming from the roof line. On arrival of Tower 6, off duty firefighters assisted the tower operator with catching the plug, dropping lines and fire attack as fire was already showing. Additional apparatus and manpower arrived and assisted throughout the evening. The family of 11 was home when the house was struck and escaped without injury. The county fire investigator arrived and began his investigation later that evening.