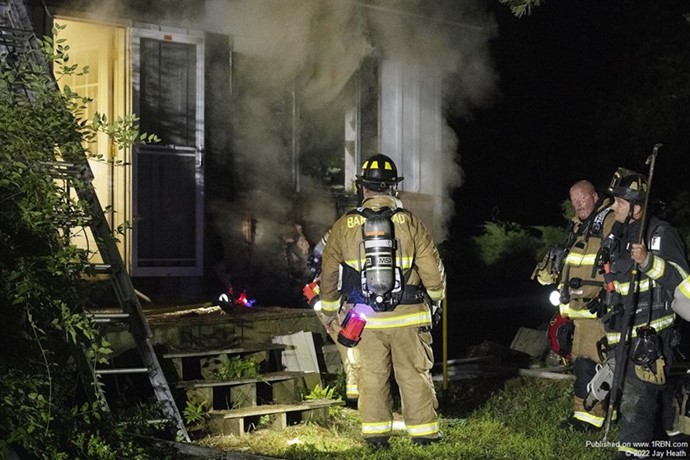 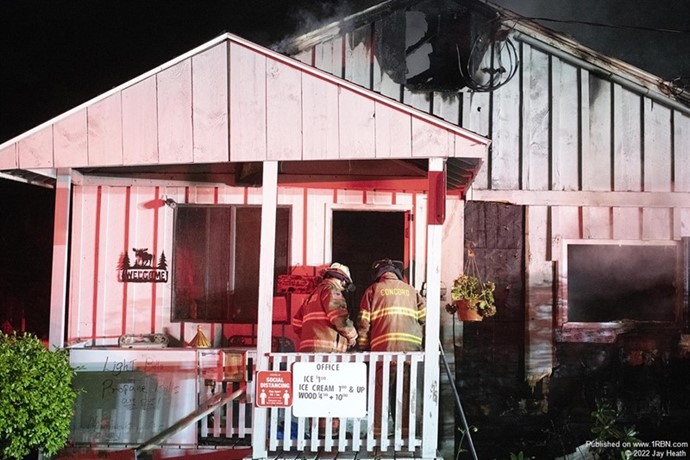 Photo by Jay Heath A Concord Battalion Chief and firefighter look inside the front door were the floor had gave way early into the fire. A May-day was called when two members fell into the basement, but were quickly able to climb out. 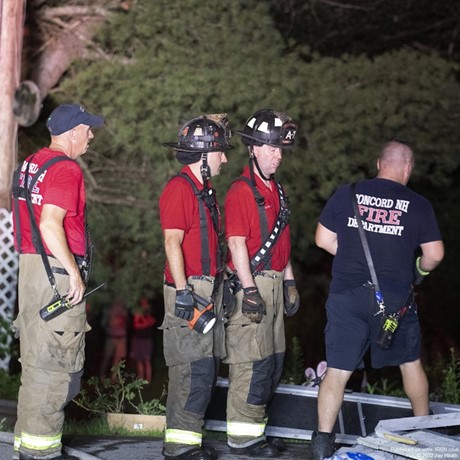 Photo by Jay Heath The Crew from the Concord Heights -Engine 7 and Ambulance 7 talk about their close call. 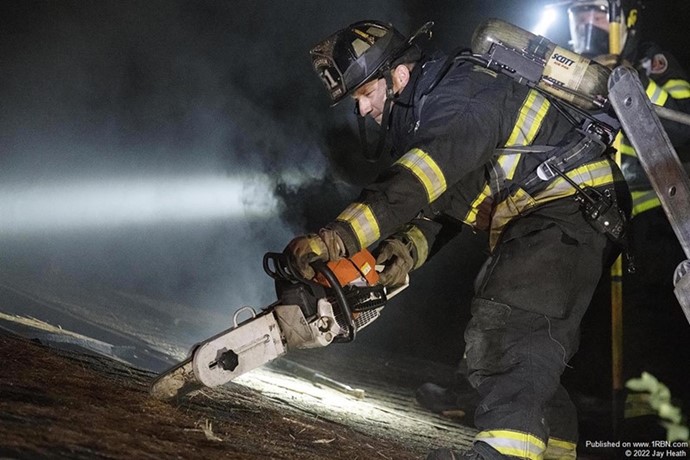 Photo by Jay Heath A Boscawen firefighter opens up sections of the roof during overhaul operations. 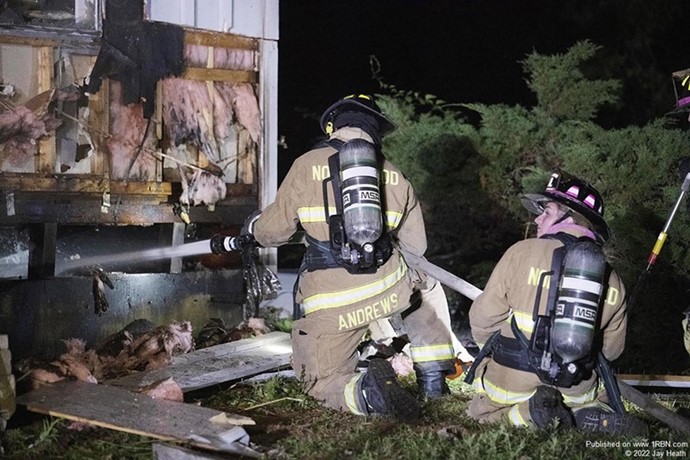 Photo by Jay Heath A crew from Northwood operate a line into the basement. 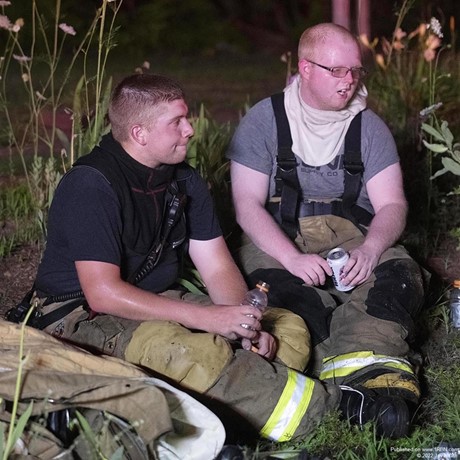 Photo by Jay Heath A third alarm was called for manpower to help rotate crews. 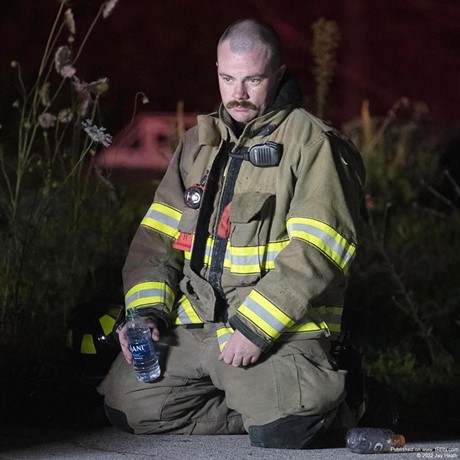 Photo by Jay Heath A Chichester firefighter takes a break after battling the 3 alarm fire. 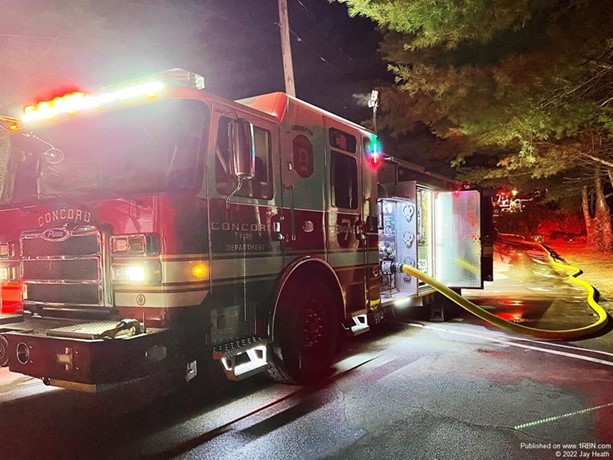 EPSOM, NH - The office building and residence at the Epsom Valley Campground was destroyed in a 3 Alarm fire Friday evening, July 29th. Concord Fire Alarm dispatched the call for a golf cart on fire next the building at 9:15 P.M.

First arriving Epsom Fire Chief Stewart Yeaton immediately called for a second-alarm as heavy fire was showing from the building. An initial report of a resident still inside the building proved to be negative.

Firefighters from the Concord Heights Station were operating inside the first floor when the floor suddenly gave way and two members fell into the basement followed by kitchen appliances. A MayDay was called and firefighters quickly utilized an attic ladder to gain access into the basement to allow the members to climb out on their own with only minor injuries. Both firefighters were able to continue fire attack after a short rehab.

Firefighters went defensive at that point as heavy fire took over the building. A third-alarm was called at 10:15 P.M., bringing in additional manpower to help rotate crews due to the humid weather and extensive overhaul operations. Pembroke's Tower Ladder was also special called to help reach the roof area for overhaul. The fire was declared under control at 12:35 A.M. Crews returned early Saturday morning for hot spots. The cause of the fire remains under investigation.