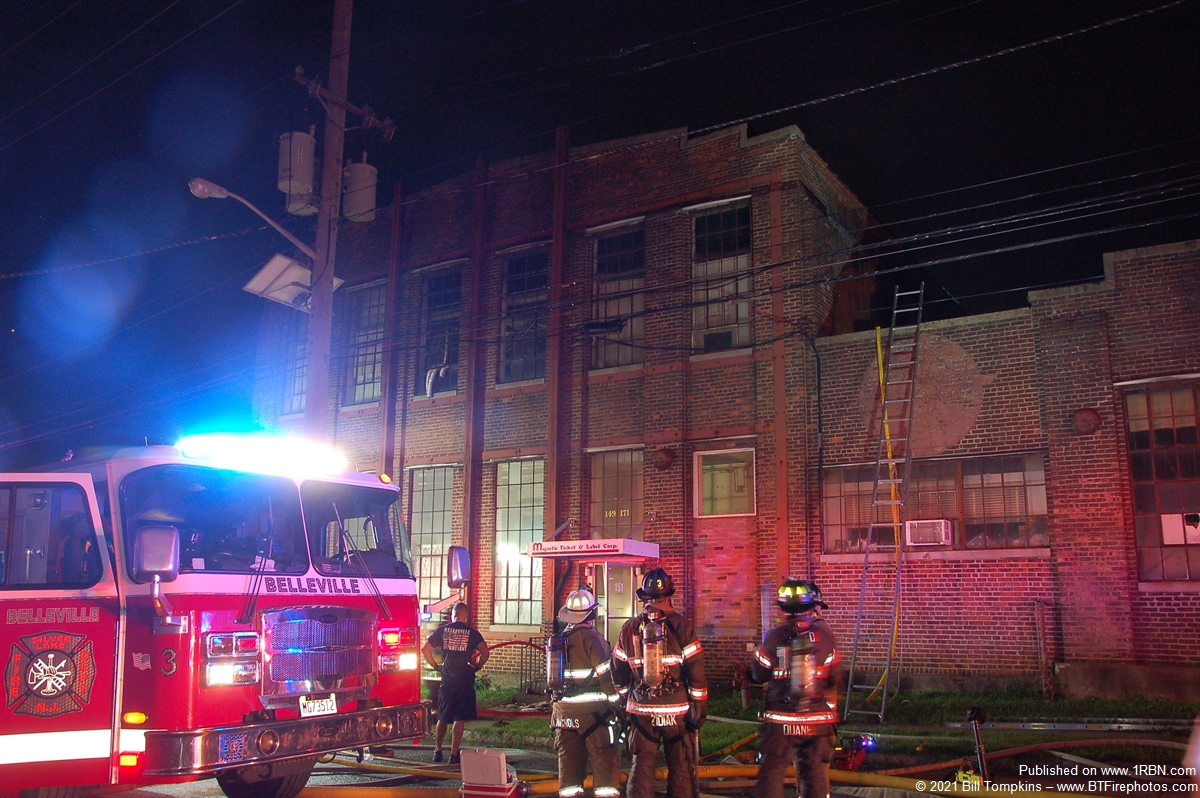 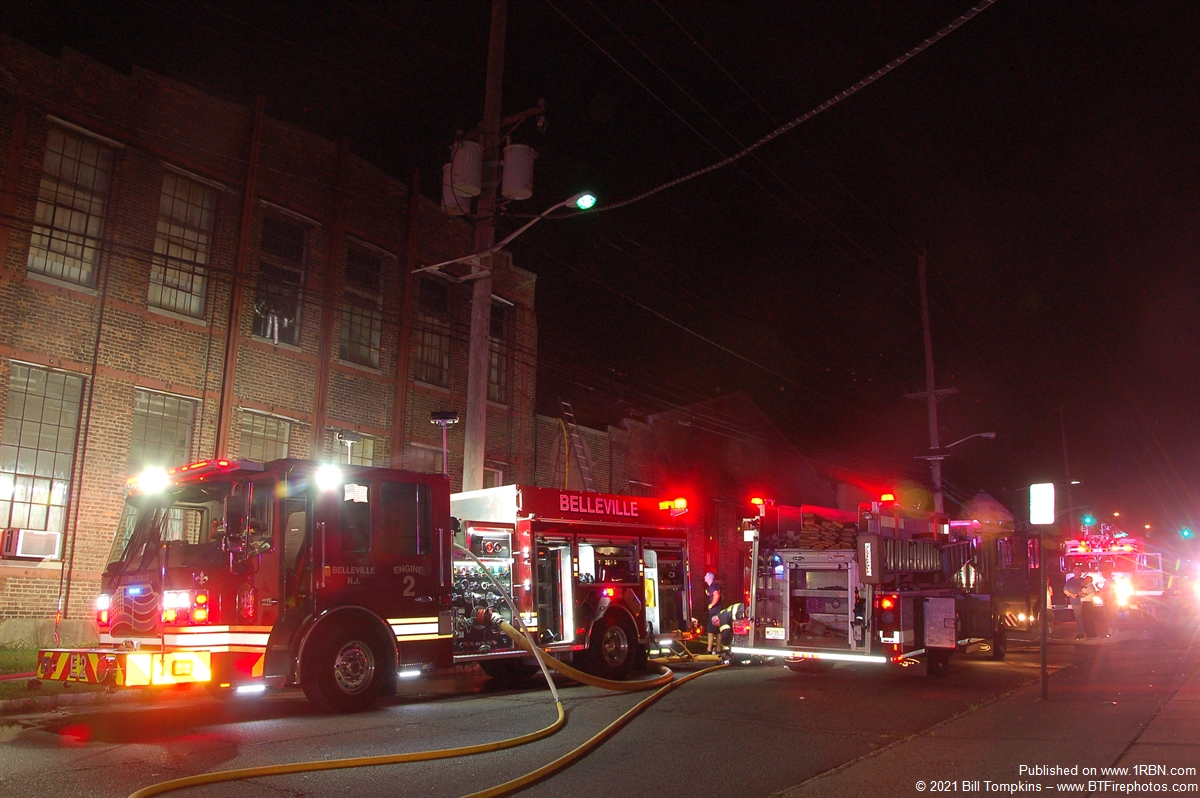 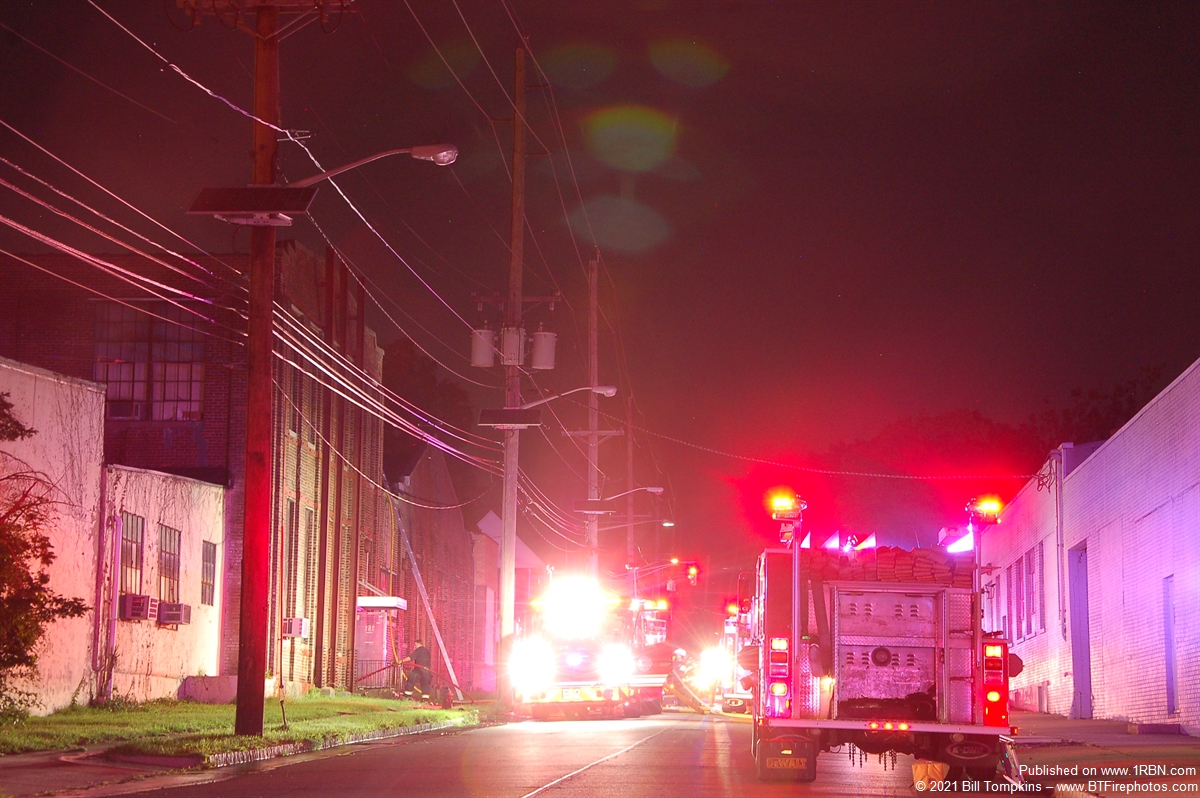 BELLEVILLE, NJ - Belleville firefighters along with several mutual aid companies were able to contain a blaze that damaged an older building containing a large inventory of paper used for printing.

At about 8:30 P.M., BFD units were dispatched to 151 Cortland Street for a report of a fire. Smoke was showing from the second-story portion of the large commercial building. Two lines were stretched to the second floor and members went to the roof to vent. North Arlington was called to the scene followed by a second-alarm being transmitted, which also brought Bloomfield and Nutley. Additional units were summoned to cover the firehouses.

Flames showed for a short time through the vent hole. A line was requested to the roof, but the interior lines soon had the fire knocked. Overhaul commenced and mutual aid units began to be released. No injuries were reported.