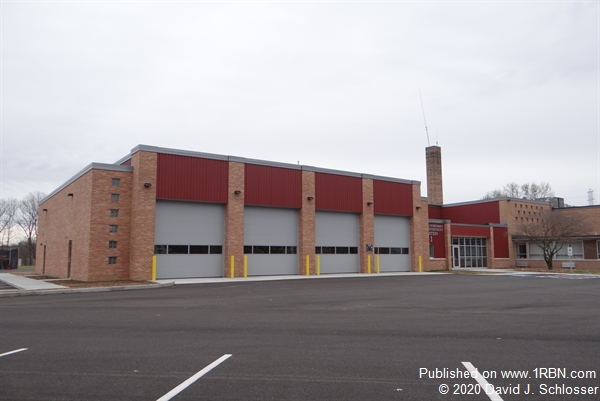 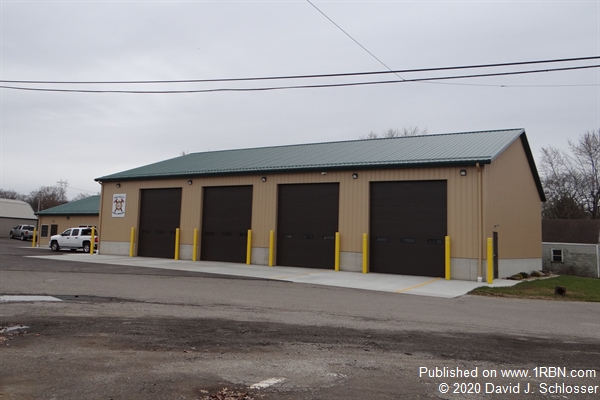 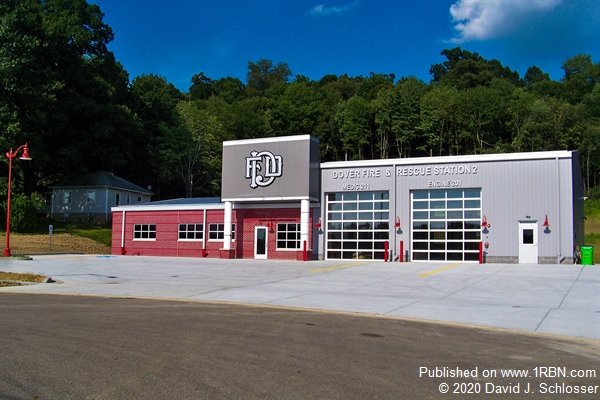 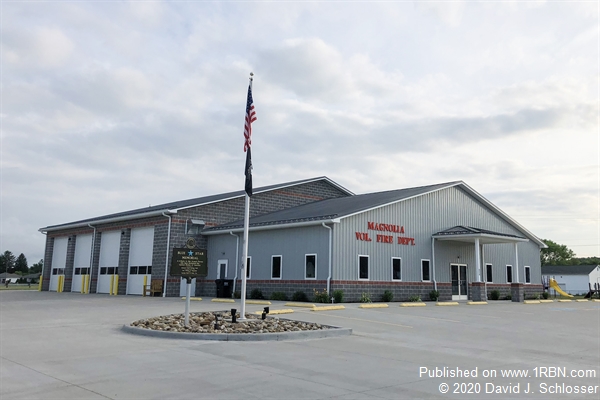 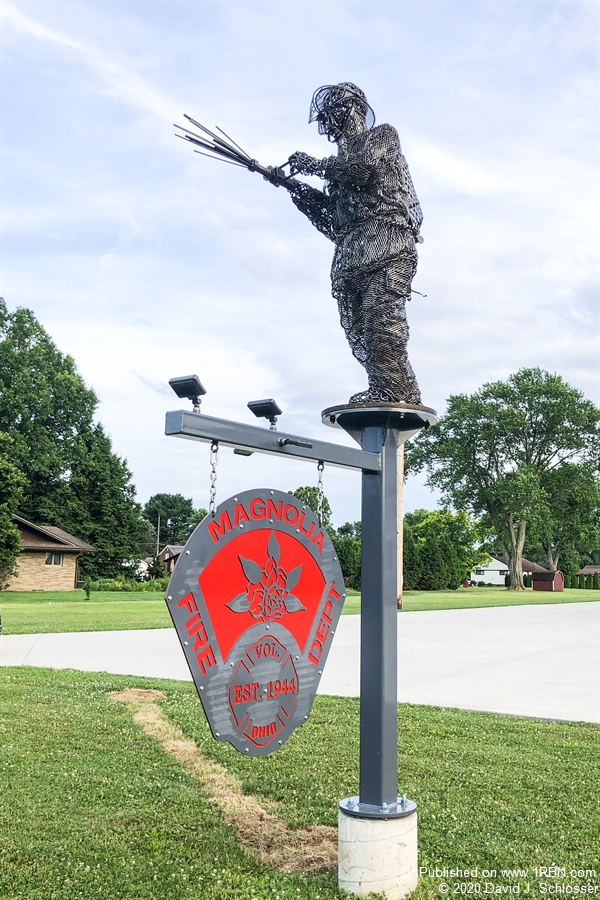 DOVER - Over the past year, there has been numerous fire station construction projects competed in Tuscarawas and Stark Counties. The Canton Township Fire Department dedicated their new Station #1 on March 10th with a hose uncoupling ceremony at 210 East 38th Street in North Industry. The new 7,000 square foot addition is attached to the existing township administration building and features four drive-thru bays and a fire training facility. It is also home to the their new 100’ Pierce Ladder and Medic 15. The Fire training facility features a two-story modular burn building and large apron for apparatus training and hose operations. In addition to providing training for the numerous Canton Twp. stations, the new facility is also available to neighboring departments on a regular basis.
Located in nearby Navarre, the Erie Valley Fire District completed a station upgrade that included new siding to the existing station and the addition of a 5,000 square foot, 4-bay station that houses the department operations center. The new station also features men and women’s bunk rooms, equipment storage, and a day room. The new addition is also home to Car 1, Medic 1, Tanker 4, Brush 7, and Gator 9. The Erie Valley Fire District was founded in 2015 when the Navarre Village Volunteer Fire Department and Bethlehem Township Fire Department merged and made the new addition necessary.
With the growth on the north end of Dover, it was necessary for the Dover Fire Department to add a second station and additional firefighters. Station 2 is located on Dublin Drive and is a 7,000 square foot building that features two bays, bunk rooms, storage, and tornado rated storm shelter. There is also a brick relief detail that pays homage to their 1925 Ahrens-Fox Pumper and 1967 Snorkel which was the first aerial in Tuscarawas County. Station 2 is also home to Engine 201 and Medic 211 and is strategically located near the Schneiders Crossing interchange to I-77, two industrial parks, retail shopping, an assisted living facility, and retirement community.
Recently, the Magnolia Volunteer Fire Department dedicated a firefighter statue on the front lawn of their new station at 514 Harrison Street on June 15th. The statue was designed and fabricated by Patrick Buckohr with materials donated by Sparta Steel of East Sparta, powder coating and finishing by SRT Sales and Service of Canton, and welding supplies by Trushel. Welding. Though the new station was completed in September 2018, work has been continuing inside and a recent donation from the Timken Foundation will allow them to complete front portion which will include a meeting/training room and offices. The 4-bay apparatus floor houses the department’s apparatus, a weight room with exercise equipment, and provides interior training space during inclement weather and winter months. The new station also sits on the site of the former elementary school and is located next to the park which provides plenty of green space for training. As this article goes to print, Dennison, Ohio starting a construction project that will add bays to their existing station which will house their two engines and support apparatus. This will be covered in the next issue.