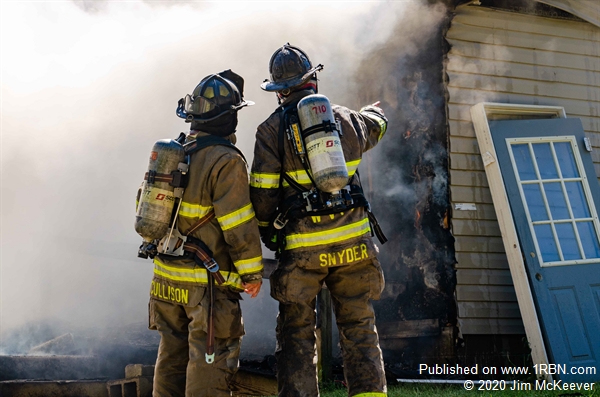 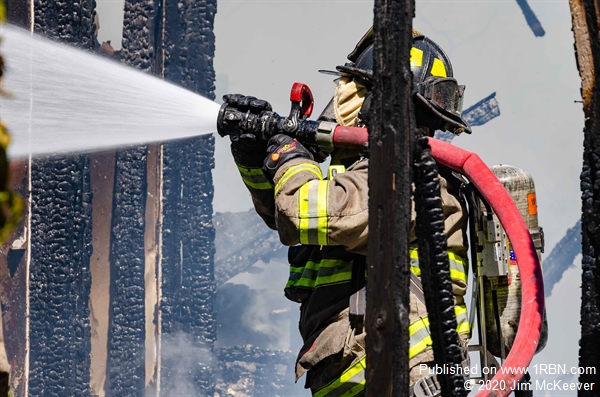 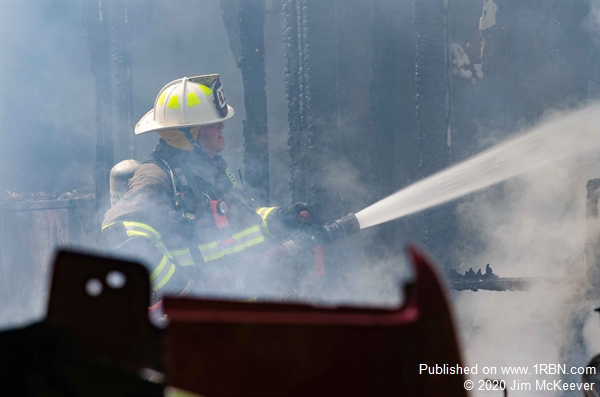 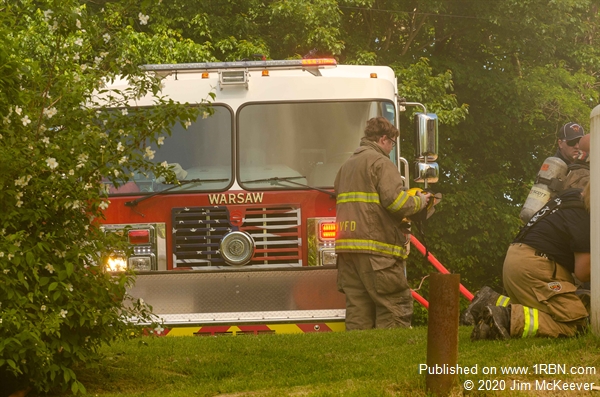 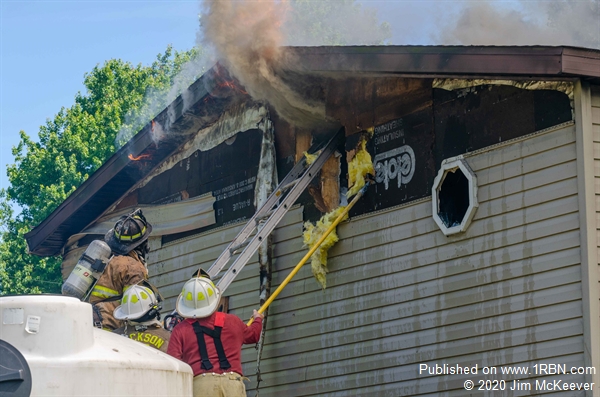 Photo by Jim McKeeverGetting to the fire 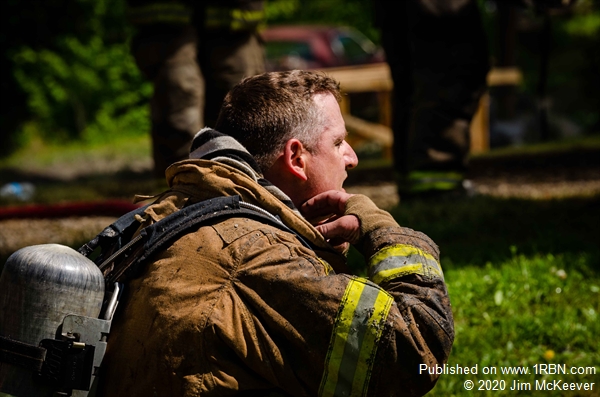 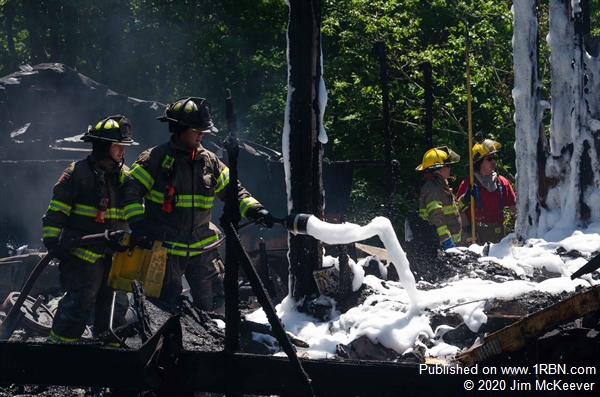 Photo by Jim McKeeverFoam being applied 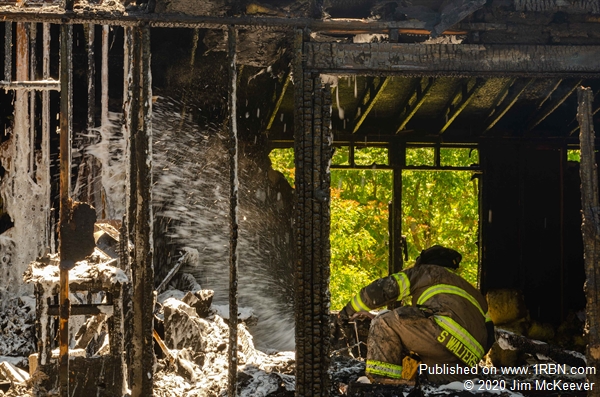 Photo by Jim McKeeverFoam being applied

COSHOCTON, OH - On June 1, 2020, the Walhonding Valley FD was toned out to a double wide mobile home on Clark Township Rd, 26, in the 29000 block. Upon arriving on scene, the firefighters found the “B” of the home well involved in flames. So well in fact that the deck gun of Engine 701 was used to knockdown the flames on that side. Second alarm units were enroute at this time. A call for tankers was also put out.

A water supply was established via a tanker shuttle operation. Multiple hose lines were stretched to all sides of the house and second alarm fire units were quickly put to work. After doing overhaul and hitting all the hot spots, a foam blanket was laid down over the entire area. The home was a total loss.