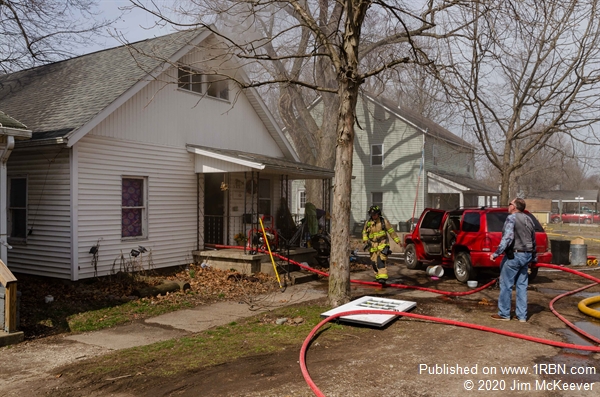 Photo by Jim McKeeverHose line stretched into the home through the front door. 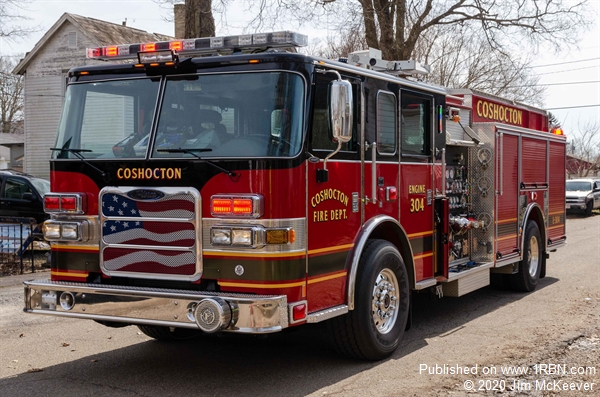 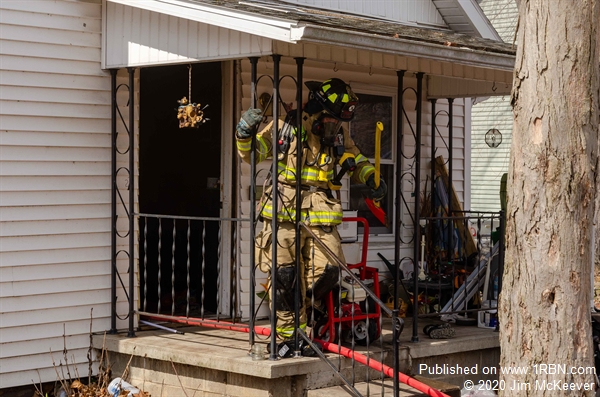 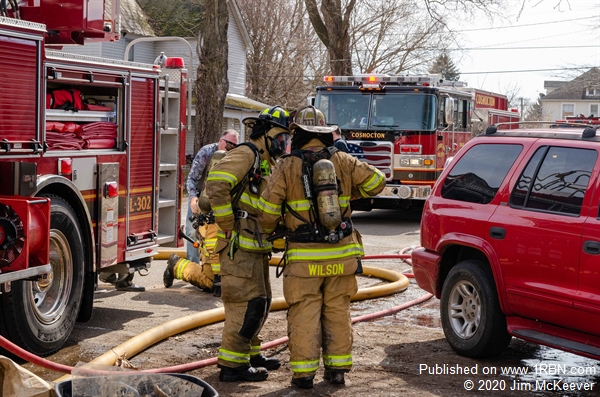 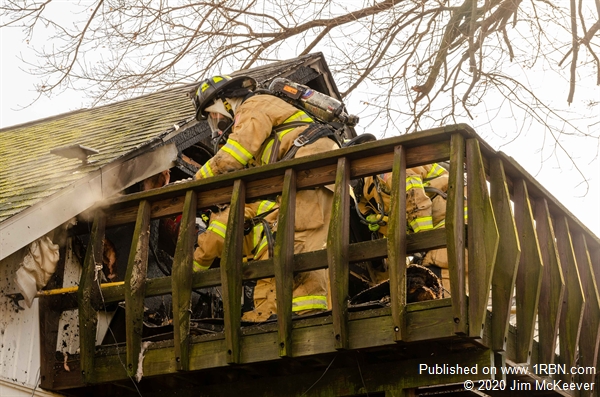 Photo by Jim McKeeverExtensive overhaul on the second floor exterior 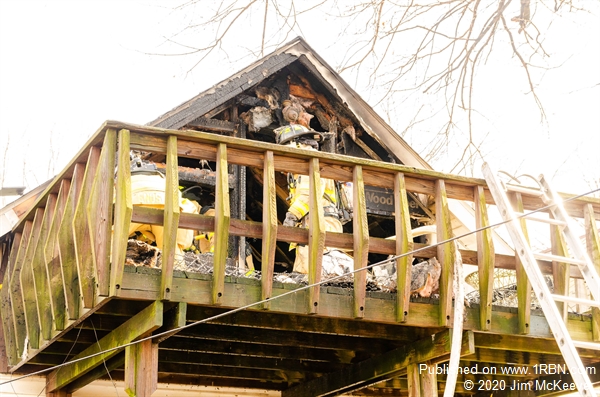 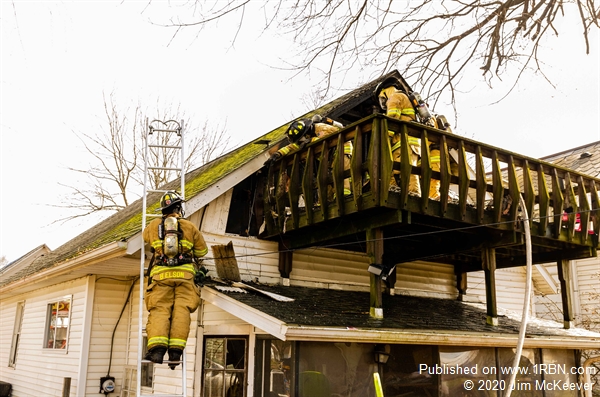 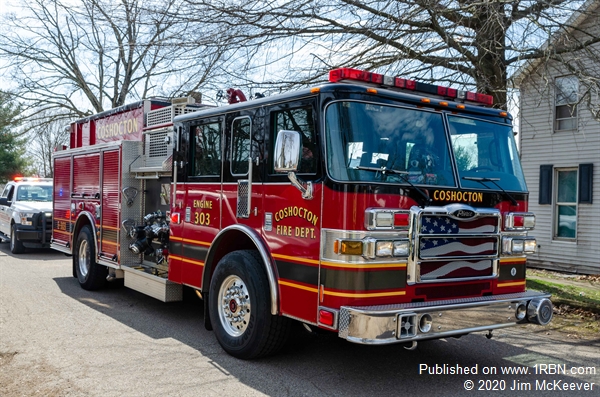 COSHOCTON, OH - On March 9, 2020, the Coshocton FD was paged out to a house fire in the 300 block of North 12th Street. Upon arrival, firefighters found heavy smoke coming from the rear of the home on the second floor. Hose lines were stretched to the rear of the home and one through the front door for an interior attack. After a quick knockdown, heavy overhaul was performed to get into all of the fire damage. Most of the damage was on the second floor.