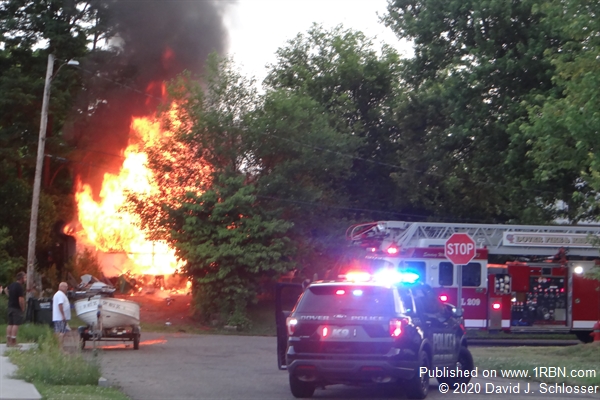 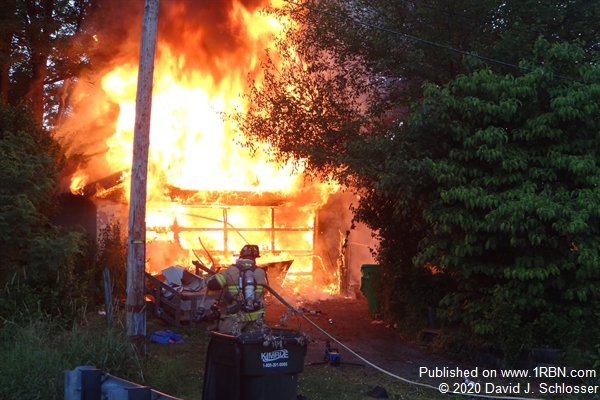 Photo by David J. SchlosserLt. Stewart prepares to make the initial hit with their Blitzfire monitor as a water supply is secured from a nearby hydrant. 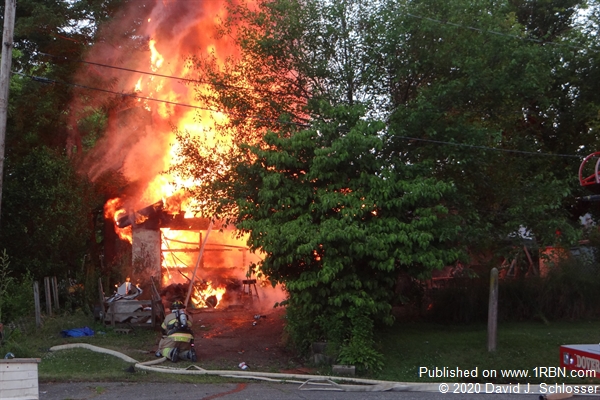 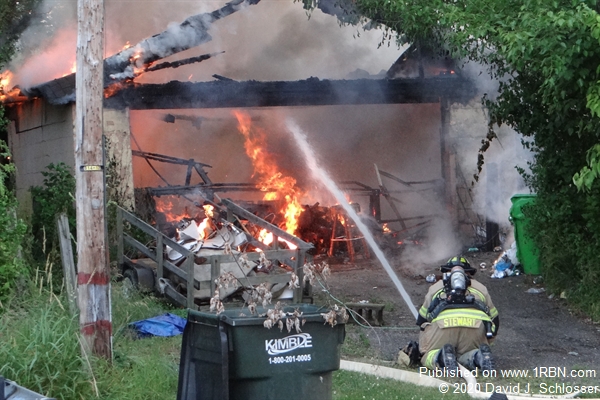 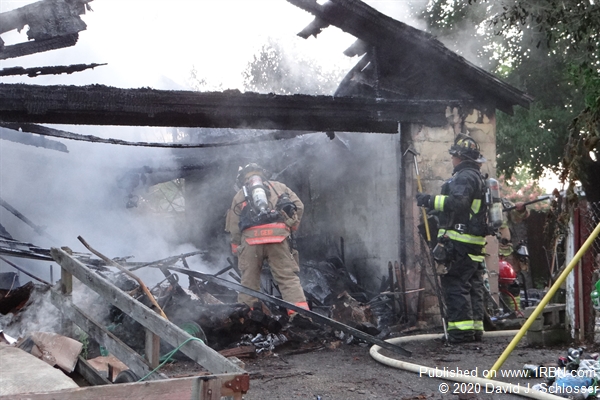 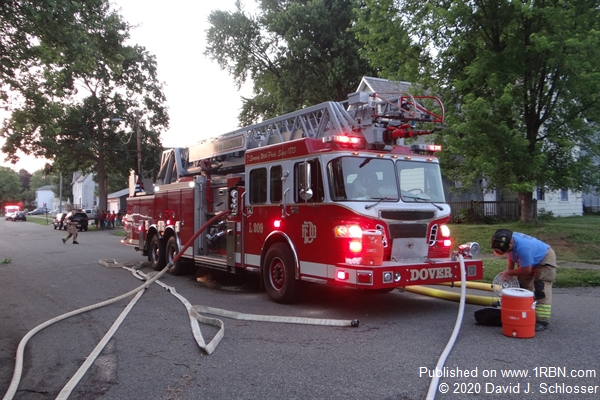 Dover, OH - Firefighters from Dover, New Philadelphia and Bolivar were sent to the 400 block of Canal Street on Tuesday, June 23rd at 8:25 P.M. for a reported structure fire after numerous calls were received by the Tuscarawas County 9-1-1 Dispatch Center.

As Dover’s L-209 left the station crews could see heavy smoke showing from the blaze, which was about six blocks from the station. In addition, New Philadelphia and Bolivar crews reported seeing the smoke while responding from several miles away.

Dover Ladder 209 was first on scene and found a detached garage heavily involved with several exposures close by that were a concern for fire spread. L-209’s Lt. Stewart stretched a two-and-a-half inch line and deployed a TFT Blitzfire monitor to the front of the garage, initiating an attack using the 400-gallons from the booster tank. L-209’s driver stretched a six-inch supply line to a nearby hydrant and switched from tank water to the hydrant so they could continue the attack.

Dover’s Engine 201 was second on scene and worked to secure a second point of access to the backyard through a stockade fence. They also stretched a one-and-three-quarter inch attack line to hit the rear of the garage and to keep the fire from spreading to a nearby deck. Soon after, New Philadelphia E-2101 arrived on scene and mixed with Dover crews to pull additional lines from L-209 and hit the remaining hot spots.

The fire was brought under control within 15 minutes of arrival. Bolivar E-103 arrived on scene with a crew of three and assisted Dover and New Philadelphia crews with overhaul and the mop up of hot spots into the evening.

The owner and several neighbors were able to pull a small boat and trailer from the driveway, saving it from burning. The garage and contents, which included musical instruments, were a loss and the fire remains under investigation.

Firefighters were assisted at the scene by the Dover Police Department, who provided traffic control, and Smith Ambulance, which provided additional EMS support.