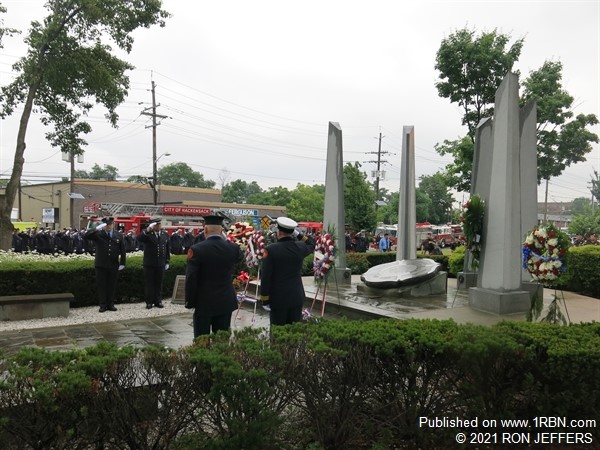 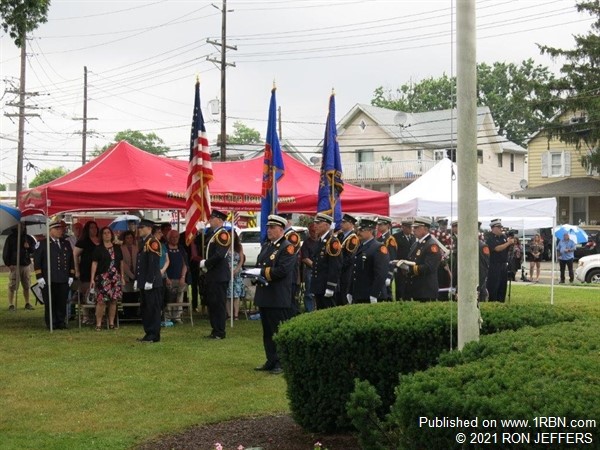 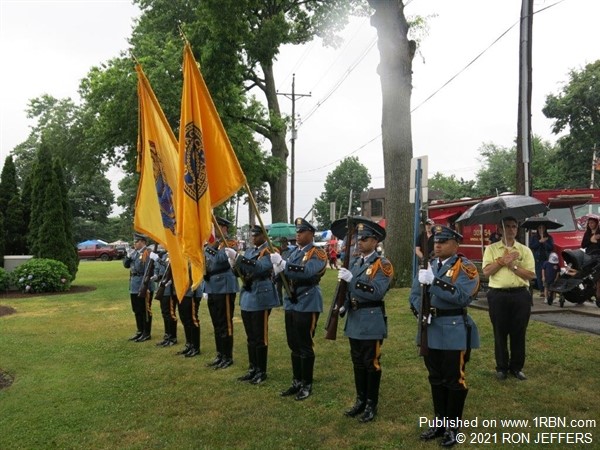 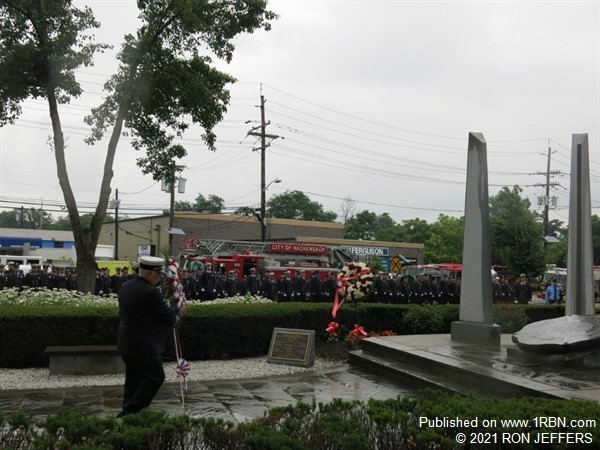 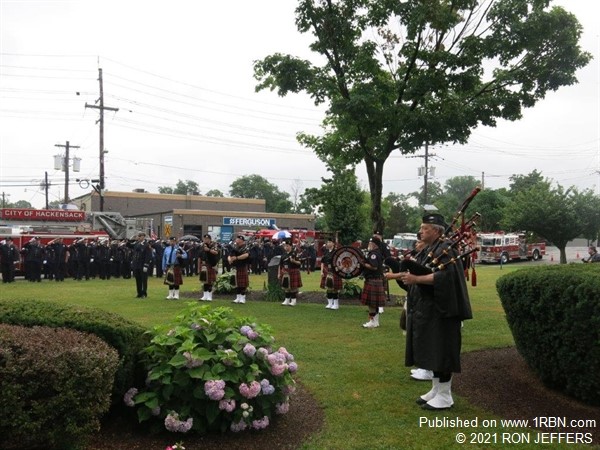 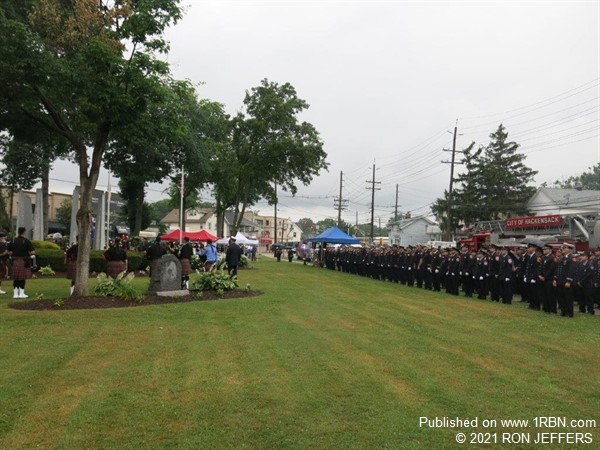 HACKENSACK, NJ - Despite a downpour, a large contingent of area fighters gathered at Fairmont Park on July 1st, in their dress uniforms, to pay their respect to city firefighters who lost their lives serving others. They assembled along with family, friends a local officials.

The park has a monument that represents the five members who gave their lives battling an auto dealership fire on July 1, 1988. They are Captain Richard Williams, Lieutenant Richard Reinhagen and Firefighters Steven Ennis, William Krejsa and Leonard Radumski.

For the 33rd time, wreaths were placed at the monument, names of deceased members read, bagpipes sounded, prayers offered and a salute to those heroes. In addition, there are now five trees and monuments representing the dealership five that were planted, in 2020, as an Eagle Scout project.

Public safety is a constant business, as demonstrated by some pieces of fire apparatus leaving the memorial to answer alarms.

The department also suffered the loss of two popular members since they last assembled. Both Lt. Tim Rice and Firefighter Richard Kubler succumbed to cancer.

On that day in 1988, city firefighters were relieved by mutual aid units so they could return to quarters for rehab and to call home. There was a shower, and a rainbow rose above the fire scene. Was that a sign that the five heroes were now in Heaven and OK, up above?

Not all, but on many July 1st days since, there has been a shower before or after the memorial ceremony followed by a rainbow.

On this 2021 July 1st, there was no rainbow, but steady rain. Tears from Heaven.